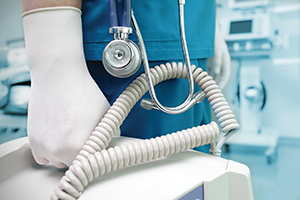 Following the publication of the Northern Ireland Audit Office’s general report into the Health and Social Care Sector in 2012-13 and 2013-14, Adam Morton takes a look at its findings.

The report finds that health and social care services in Northern Ireland are facing an unprecedented financial challenge to manage within limited resources. It also states that this pressure won’t relent any time soon as demand for health and social care provisions is expected to increase, meaning that pressures on resources will grow as the costs of treatment rise, public expectations increase and the population continues to age.

The report considers the performance of HSC bodies against financial targets. The Department of Health, Social Services and Public Safety requires HSC bodies to meet financial targets each year and to disclose their achievement in their annual reports. HSC bodies are required by statute to ensure that their income is sufficient to meet their expenditure.

The two years covered by this report were a time of unprecedented financial and organisational change and as the NIAO’s report details, despite a degree of protection afforded to the health and social care budget, it is clear that the financial health of HSC bodies is weak and declining. The report found that in 2012-13, in the face of increased financial pressure against a backdrop of growing demand for services, no HSC sector body recorded a deficit, with three bodies recording surpluses in excess of the breakeven threshold.

However, the results for 2013-14 were very different. With the department announcing that £139 million had been saved across the sector, only 12 of the 16 HSC bodies met their breakeven target. However, the Belfast Trust only met its target thanks to a re-allocation of additional resources. The report notes that four of the HSC trusts, the Northern, the South Eastern, the Southern and the Western did not achieve their breakeven targets and at the start of the 2014-15 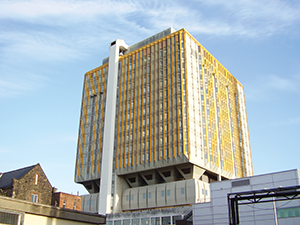 financial year, the department estimated that £160 million would be needed to enable the HSC sector to breakeven.

Concluding his assessment of the HSC bodies’ financial performance the Auditor General encouraged each HSC trust to “actively manage their balances” and he also praised their efforts to spend charitable trust funds’ balances on alternative purposes when spending on the original purpose is no longer possible.

Targets and actions for HSC bodies are set out in the annual Commissioning Plans published by the HSC Board. The report found that HSC Trusts’ performance against inpatient targets declined in 2013-14. At 31st March 2013, almost 48,000 people were waiting to be admitted as inpatients, a year later, the figure was 49,000. In both years, all HSC trusts had patients who had waited in excess of the maximum waiting time target and the number of patients waiting longer than 26 weeks at 31st March 2014 was 30 per cent higher than the number waiting longer than 26 weeks at 31st March 2013.

The number of people attending emergency care departments increased from 682,415 in 2012-13 to 694,618 in 2013-14 with almost one quarter of these attendances located within the Belfast HSC Trust. In terms of targets, the report found that no type 1 or type 2 emergency department met the target to treat and discharge or admit 95 per cent of patients within four hours in either year. Similarly, all HSC Trusts had patients who waited in excess of 12 hours before being treated and discharged or admitted In both years.

The report also found that cancer targets were not met with no HSC Trust ensuring that 95 per cent of patients began their first treatment for cancer within 62 days of an urgent GP referral during the two year period. The Western HSC Trust achieved the target in two months (March 2013 and July 2013) while the Southern Trust met the target once in May 2013. In Northern Ireland, performance against the 62 day target varied between 77 per cent and 87 per cent. The percentage of patients seen within 14 days of an urgent referral for breast cancer has fallen considerably from around 100 per cent in the period from April 2012 to December 2012 to just over 72 per cent in November 2013 and just under 53 per cent in March 2014. The report states that with the uncertainty surrounding the future financial position and the anticipated increase in demand on hospitals, HSC Trusts look set to continue their struggles in the years ahead.

Procurement by HSC bodies is significant, amounting to almost

£800 million annually yet despite implementation of many of the recommendations made in the 2012 HSC-wide procurement review, the report claims that significant procurement and contract management problems continue to exist within HSC Trust Estates Departments.

Following allegations from whistleblowers, internal audit identified a “serious lack of control” within the estates department of the Northern HSC Trust. While the investigations did not reveal evidence of fraudulent activity, £5.7 million of potentially inappropriate expenditure was identified and sufficient evidence was uncovered to proceed with disciplinary action. The controls in place in the Southern Trust were also regarded as “unacceptable” with works valued at £1.7 million during 2012-13 and 2013-14 not subject to proper procurement.

Similarly, the Belfast HSC Trust and the Northern Ireland Ambulance Service were deemed to have given “limited” assurance over their procurement controls.

Investigations into whistleblowing allegations over arrangements within the Belfast HSC Trust Transport Department revealed that despite a significant alteration to terms, a contract was not retendered. Failure to retender this contract is estimated to have cost the Belfast HSC Trust up to £36,000. Speaking about these findings, the Auditor General, Kieran Donnelly expressed his disappointment with senior officials in the Northern HSC Trust and claimed that it was “imperative effective controls were put in place” as the use of competitive procurement will ensure that value for money is found in all works.

NHS patients may choose to pay for the use of HSC facilities and are separately billed by the consultant. The majority of Northern Ireland’s consultants who provide privately-funded healthcare services also hold an HSC contract and the number of patients treated privately on HSC premises has fallen over the last 10 years. However despite the fall in activity, the level of revenue due has remained fairly static at between

£2 million revenue due from private and paying patients had not been recovered.

The report recommends that HSC trusts need to improve compliance to ensure money is recovered, it claims that HSC Trusts should:

•   receive a signed undertaking to pay form prior to treatment;

•   determine charges on the basis of the average cost of procedure;

•   seek payment from self-pay patients prior to discharge;

It also claims that trusts should seek to claim a profit on such care as a means of supporting healthcare services through investment and that these charges should be benchmarked against HSC trusts against private sector provider charges.

The Transforming Your Care (TYC) model proposing a cultural shift in the delivery of health and social care services was launched in 2011. The report notes that the model has received significant underinvestment with just £28.4 million of the initially identified requirement of £70 million having been invested by 31st March 2014.

In its 2013-14 annual accounts, the HSC Board acknowledged that progress had been slower than anticipated. In light of this and given the scale of the change management task entailed under TYC. The Auditor General will undertake a review of its progress that will focus on the extent to which the transition to a transformed health system is being managed effectively.

With the recommendations now in place, the report is in the hands of the department for its consideration.