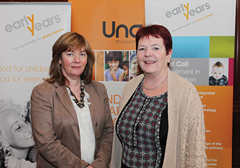 A Belfast conference hears how troubled regions can share their experiences in helping children to develop.

Belfast played host recently to a major international conference highlighting the importance of early childhood development initiatives in peace building. The conference was organised by Early Years – the organisation for young children, in partnership with the International Network on Peace Building with Young Children and Una a global learning initiative on children and ethnic diversity.

The International Network on Peace Building with Young Children is a three-year project which has received £610,000 from the European Regional Development Fund under the PEACE III programme.

International delegates from across the network were in attendance along with representatives from such organisations as UNICEF, the Consultative Group on Early Childhood Care and Development, and Childfund International. Network members were also accompanied by other national representatives who have a vested interest in the work of the network with a view to replicating the work in their regions.

The conference offered a range of learning and networking opportunities, including study visits, keynote addresses and workshops aimed at those interested in research, programmatic issues and advocacy in the field of early childhood development and conflict and peace building.

The conference looked at the role of research, advocacy and the Media in developing programmes and policies for young children in conflict affected societies. Professor Stuart Shanker from Canada, a leading expert in childrens neurological development and building resilience, explored the impact of trauma on young children and offered strategies for self-regulation in the face of conflict and post-conflict societies.

The conference celebrated the following achievements of the network over the past three years:

• the development of an activities-based toolkit with accompanying manual for use by practitioners, teachers, families and communities in regions experiencing or emerging from conflict;

• the beginning of an innovative Masters Programme in Applied Peace and Conflict Studies with early years which has begun in the University of Ulster; and

The conference was opened by Junior Minister Jennifer McCann MLA who welcomed the delegates to Belfast and congratulated the International Network on its work in advocating for young children affected by trauma in conflict and post-conflict regions.

One of the main conclusions from the conference was that it has become clear that young children and peace building is being considered as a priority area in the post-2015 development agenda. In light of the interest in this area, Early Years is keen to begin the debate on the future of EU funding and in particular a possible PEACE IV programme and what emphasis, if any, it is likely to have on young children and peace building.

For further information on Early Years visit www.early-years.org or telephone 028 9066 2825. 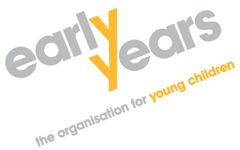 Education, equality and the economy