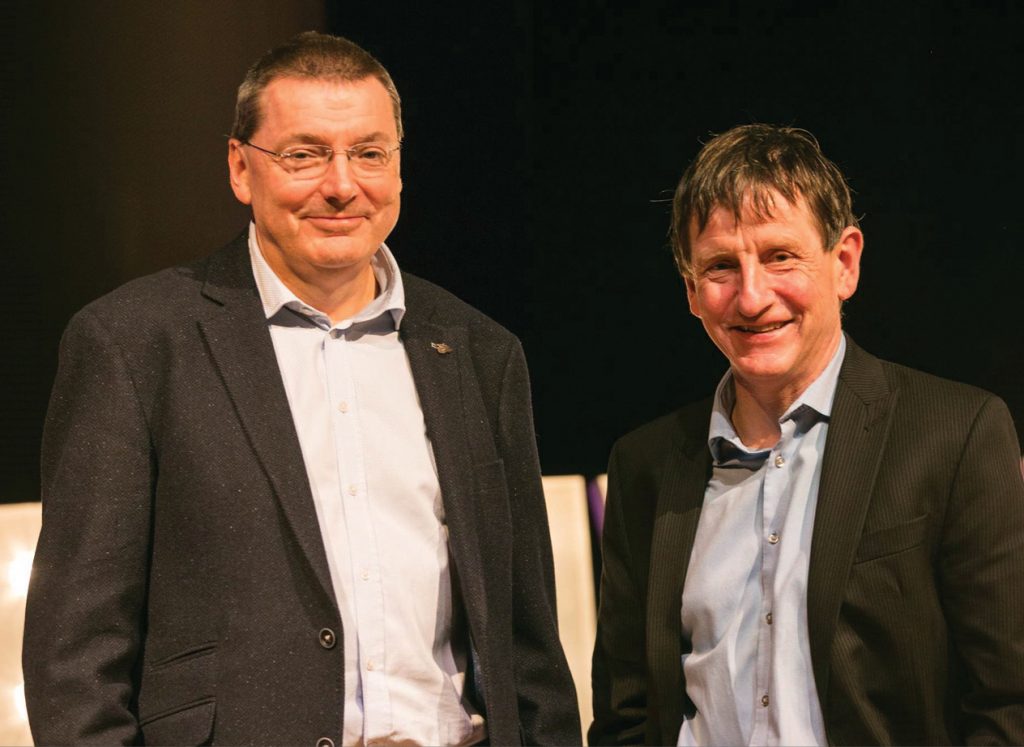 Kraydel founder Paul Moorhead talks to David Whelan about his digital solution to the long-running problem of caring for vulnerable people living alone.

Belfast-based engineer Paul Moorhead explains that the idea behind the creation of a digital health hub providing non-intrusive monitoring was formed as a result of his experience of caring for his own elderly mother.

It was while working for Intel on the Internet of Things (IoT) that Moorhead began seeing the potential for moulding emerging digital innovations to address what he recognised as a gap in home care provision and began piecing together ideas for Kraydel.

Moorhead says: “We discovered a lot of people had nibbled at the problems arising out of ensuring that a vulnerable loved-one is safe in their home but no one had actually taken a large bite out of it. Often the products that were available, portable panic alarms for example, were good in theory but rarely used in practice for a variety of reasons.”

His team is made up of CEO, Lisa Smith, a former McKinsey & Company associate and George Redpath, who is responsible for the hardware design.

The Kraydel product, which is still in design stage, has evolved led by input from frontline care providers from the original concept of a base station and touch screen interface to a pod, ideally placed on, and connected to, the users’ TV.

Paul explains: “The TV based approach provides familiarity for those who maybe are not as tech-savvy. However, probably more influential in the design was the recognition that often the TV is the most ideally placed area of a room to monitor things like motion, with unrestricted line of sight to all of the chairs in the room.”

The pod incorporates a camera (for video conferencing), and detectors for motion, sound, and sound and lights and loudspeakers which can alert the user to reminders such as appointment times or medication requirements. Its software aims to incorporate artificial intelligence AI, allowing it to recognise a person’s usual schedule, while carers have access to create and shape a medical and social diary. There is also a wristband option to measure heart rate, temperature, and an accelerometer to detect falls, seizures and to monitor tremor.

“Part of our idea is not just the medical aspect but also addressing social exclusion. It’s not just about knowing whether they have fallen but also recognising that isolation is a real problem for vulnerable people, particularly those who are older and less mobile. Speaking from experience, we recognise how difficult it is to be to give someone constant care and attention. We’re incorporating technology, such as the ability for carers to take pictures which will be uploaded automatically to be displayed on the TV screen. This isn’t a replacement for a visit but it may allow people to feel included in family events or holidays for example.”

Some of the proposed functionalities of the equipment could include:

Moorhead explains that they understand the thin line between caring and intrusiveness. “We’ve had buy in to the range of possibilities that Kraydel can perform. Our aim is to aid people not to disempower them,” he says. He also acknowledges that in order to be successful the product will have to be constantly innovative.

Currently the group are working with a retirement home provider in South Africa, who want a more efficient system for monitoring their resident’s needs and prioritising call outs. As well as a housing association in England, who are exploring the idea of virtual coffee morning for their residents in rural communities.

Another avenue of exploration is the use of statistics gathered by Kraydel for diagnostic value. Moorhead says that while the company are not positioning the product as a health care device, it could provide some value for providers downstream.

“There’s scope to add more telemedicine aspects to our hub, such as blood pressure measurement, pinprick blood analysis and a pulse oximeter. We envision ourselves as being part of an ecosystem of the new wave of healthcare.”

Potential uses across care providers is being explored by the company but for now their main focus lies in providing a shelf-ready product to the mass market and one that is continuously upgradeable. Projections indicate that trials will begin in March-April 2017 and the product will be deployed for sale in Q3 of next year.