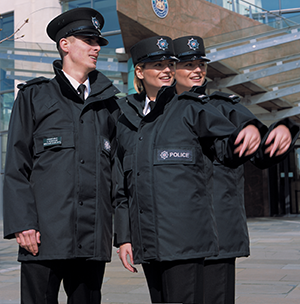 Statistics reveal that the PSNI are now attending less crimes than ever before.

This falling number comes at a time of intense financial pressure for Northern Ireland’s police service and raises fears that cutbacks are making it easier for criminals to get away with crimes. There is also a fear that if this worrying trend continues, victims will feel forced to investigate offences themselves.

The likelihood that an officer is sent to an incident varies significantly depending on the type of crime and where you live. Overall attendance has dropped to 80 per cent but for some crimes in some areas this figure was as low as 52 per cent. One in three sexual offences were not attended by officers and in

Mid-Ulster for example, figures show that a reported theft of vehicle is 16 per cent less likely to be attended than it was in 2014 with only 57 per cent of this type of crime attended to.

For its part, the PSNI has defended the statistics, claiming that the falling attendance rate is due to a more flexible, customer focused approach and claims that more calls are now dealt with over the phone allowing officers to respond to the incidents presenting the greatest threat.

When asked by agendaNi for her views on the matter, Policing Board member, Dolores Kelly MLA expressed her concern at the findings and criticised the lack of funding that has led to this situation. “As a member of the Policing Board I am very concerned at the drop of attendance by the PSNI at crime scenes,” says Kelly. “This should come as no surprise given the reduction in the police budget. Indeed the Chief Constable cautioned that this would be an outcome at a Policing Board meeting last year.

“This is a relatively new experience in Northern Ireland, victims of crime quite rightly expect the PSNI to come to their aid and investigate the crime to which they have been subjected, after all what are the police for?

“The public need to understand very clearly what they can expect from their local police, it is very worrying that recent figures released under FOI indicate that police have not attended incidents of sexual crime. This cannot be tolerated. I will be raising this matter at the next Policing Board meeting.

“Another consequence of this is a falloff in public confidence in the Police Service. This is most disappointing after we in the SDLP have worked so hard to build public confidence in the PSNI following the new beginning to policing. In the forthcoming programme for government parties need to be clear about their priorities in making communities safer. As a board member I will be playing my part in holding the Chief Constable to account in delivery of the policing plan and expenditure.”