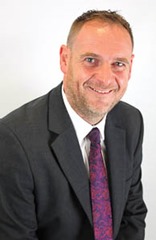 New Councils need to be wary of avoiding procurement headaches during the merger process. Edward Quigg, Director with Quigg Golden reviews some procurement issues for which the new Councils will need to take action.

The reality of the new local government arrangements is almost upon us. The Department of the Environment believes that the “new councils will be stronger, more efficient and … deliver more effective services”. This is a laudable and achievable aim. However, the road to this newly efficient process will not be without its difficulties.

Since the mid-2000s, procurement has become one of the major thorns in the sides of local government officials. For all of the efficiencies to be derived from the government reform, new Councils will still face similar procurement challenges, but now with the added complications created by the merger process itself and the imminent introduction of new procurement regulations.

One of the most important procurement issues facing the 11 new Councils concerns existing term service or framework contracts. The key question is whether or not the new Councils can or should use contracts or frameworks used by existing Councils. By way of example; Council A has a framework for the provision of services from Contractor 1. Council B has a separate framework for the provision of the same services with Contractor 2. Both frameworks are set to last for another three years.

When the Councils merge to form Council AB, The Local Government Act (Northern Ireland) 2014 (“The Act”) will cover the transfer of obligations and liabilities associated with the existing Councils. In some circumstances, this will create no problems, as it is reasonable for Council AB to have two suppliers of a particular service. However, it may be that Council AB has two service providers, were only one service provider is required or legally possible.

This issue could potentially leave Council AB open to violations of the procurement regulations, procurement challenges and contractual disputes on existing contracts. This is of concern for contracts limited in lot or geographical catchment areas.

This will not apply to every contract, and some existing frameworks will have in place procedures for dealing with this; but this will only become apparent after detailed review. For frameworks that do not have such procedures, re-tendering may be needed.

Draft UK Procurement Regulations based on the new EU Procurement Directive 2014/24 have recently been published. Although it is arguable that the new procurement regulations are evolutionary rather than revolutionary, they still create a level of uncertainty for local government at a time of considerable change.

Increasing emphasis on SME participation in procurement will be of particular focus. The new regime will make it mandatory for procuring organisations to record reasons for not dividing projects and services into lots. Although this may run in line with valid policy goals, it will create additional administration in an already burdensome process.

The changes that the Act and new EU Directives will bring to local government in Northern Ireland cannot be understated. Not only will new procedures, template documents and administrative concerns be at the forefront of everyone’s mind, but the urgency of these matters is paramount. Drafting revised local government procurement policies and training is now of extreme importance to new Councils, as proper preparation is the best course to avoid these headaches.