Ann Fehilly, Group Manager within Community Safety Services at Glasgow City Council speaks to agendaNi about how Glasgow went from one of the UK’s most violent cities to one of its least violent through a collaborative, community-involved approach to crime prevention.

“Our approach is grounded in strong partnership between Glasgow City Council and Police Scotland, which means that staff are co-located, and both have access to ICT systems across both agencies,” Fehilly begins. “Partnership arrangements with Police Scotland ensure our service delivery is driven by an intelligence-led approach, allowing us to deliver targeted services to the citizenship of Glasgow and measure the impact of our services. Essential to the work is that we work in partnership with a broad range of services, including Scottish Fire and Rescue, the National Health Service, both nationally and in Greater Glasgow and Clyde, our transport providers and a wide range of third-party organisations across the city. Our community has been central to that process.”

Glasgow City Council works collaboratively, both internally and externally, to deliver its services to the people of Glasgow, with the belief that a collaborative approach is key to achieving their desired outcomes. Fehilly says that the work and the issues are often complex and interconnected; that a single service approach can often be regarded as a very two-dimensional approach to a three-dimensional range of issues.

“Supporting victims of gender-based violence and the protection of welfare of women and children who are victims of violence and abuse is a critical community safety issue within Glasgow and the national Scottish context. We recognise that not all people are as vulnerable as others and that some groups are more vulnerable than others when it comes to victimisation. We aim to reduce antisocial behaviour and offending by working with individuals and groups to encourage them to address the causes of the behaviour and provide additional supports where appropriate. We have restorative justice behaviours underpinning our approach across the spectrum. Our approach recognises that a range of interventions are required and on occasion no one action will be sufficient. It also recognises that any approach must be consistent, integrated ad have the ability to be escalated when required.”

Fehilly lays out Glasgow’s intelligence-led approach, which focuses on early intervention and problem solving. The Council meets partners on a monthly basis to analyse data that allows a greater focus on smaller geographies to work at that neighbourhood level. This approach allows the Council to respond to issues affecting communities and provide communal reassurances to those affected, endeavouring to get resources to the right people in the right places at the right time.

“An example of the analytical support that we provide to our partners is a community safety assessment, a partnership of planning, design and resources to deliver our services that targets the most disadvantaged communities and enables us to address issues at a neighbourhood level,” she says. “The section has been developed and designed to provide information that supports all of our services around antisocial behaviour, hate crime and domestic violence. We do similar for environmental degradation.

“We use a range of information that is overlaid to inform who, when, where and why we should deploying our resources and targeting intervention that includes violent crime, crimes of indecency, offender information, antisocial behaviour incidents, also our complainer matrix, in terms of who are the most frequent complainants, and also our public space CCTV incidents, malicious fires and of course central again is community intelligence that comes in through our own officers or through our elected members.”

Such joined-up thinking and action was required in Glasgow, a city that Fehilly admits once had a reputation as a less than savoury place to live and work. “One neighbourhood in Glasgow, Bridgeton, where our office is located, has got the lowest lifespan in the UK. 54 is the average length of life for a male in the Bridgeton area. Half a mile up the road, it’s 79-86. We have cheek by jowl, adjacent communities and I’m sure it’s very similar in Ireland. Community safety has a key role in terms of creating the conditions in which local communities want to and feel they can play a role in local decision making. If individuals are experiencing high levels of crime or antisocial behaviour, or living with substance misuse or domestic abuse, they’re less likely to be able to play a role in local decision making.

“Glasgow has had a bit of a reputation as a mean city, one of the most violent cities in Europe,” she admits. In the mid-2000s, youth gang activity, organised crime, signal crime, and alcohol related disorders within the city had reached “an unsustainable level”. Glasgow hospitals recorded over 1,000 overnight admissions as a result of violence, there were over 100 territorial gangs with around 2,000 young members participating in behaviour ranging from “very minor street disorder to gang fighting and knife crime in our streets”.

Yet the last decade has delivered change for Glasgow, and the city is now shedding its reputation through an approach “built up over the last decades is grounded on the partnership approach in communities that was initiated in the late 1980s and early ‘90s that is often branded as crime prevention”. “In the past 10 years, the Scottish Government has directed and monitored national policy to deliver this through the National Performance Framework,” Fehilly says. “Close lines have also been developed along the lines of the Justice in Scotland visions, which are very much about living in safe and cohesive, resilient communities and that prevention and early intervention are at the heart of any improvement process. Our system and interventions are proportionate, fair and effective.”

Crime has reduced significantly in Glasgow in the last decade and it is no longer ranked as the most challenging city in terms of violent crime in the UK. Residents no longer fear high levels of crime, most evident in surveys carried by the Council that found 60 per cent of respondents think that agencies are working well together and that they feel safe and secure in their neighbourhoods. Reported antisocial behaviour has been consistently declining over the last decade. From being one of the most violent cities in the UK, Glasgow is now one of the least violent cities in the UK. “Safety and perception of safety is paramount for our residents, but also for our visitors and inward investment,” Fehilly adds. “Tourism and business all benefit from a safe city.”

Concluding, she says: “There is no magic wand. Our work relies on partnerships working across all sectors. It is often about negotiating and compromising sometimes. Ultimately, the community is at the heart of our activity.” 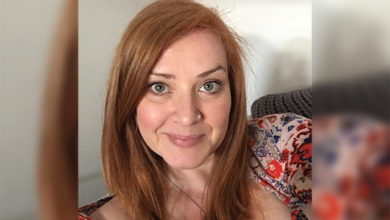 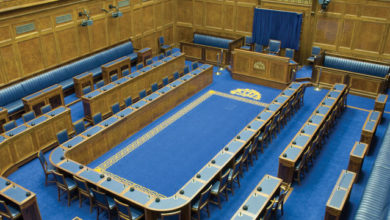 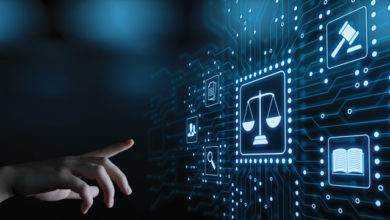 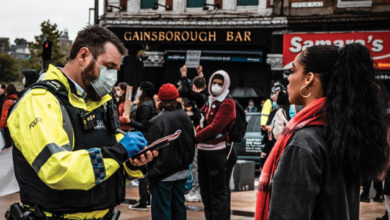