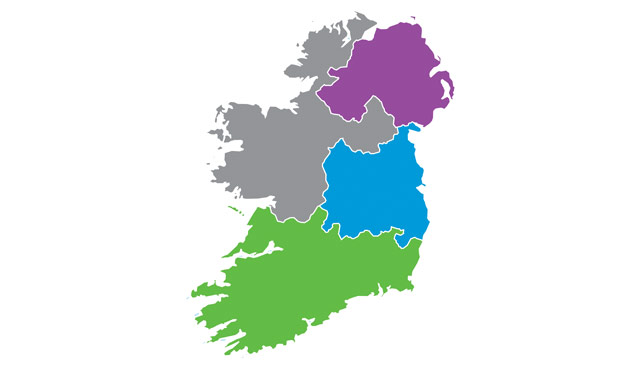 Northern Ireland’s membership of the European Union has brought about tangible improvements regarding the management of waste and resource efficiency and has in turn fashioned both economic and environmental benefits for all citizens and enabled the development of an all-island economy.

Notwithstanding the environmental enhancements brought about by EU policy implementation, the UK’s decision to depart from the EU undoubtedly gives rise to abundant challenges many of which may be said to be heightened in the context of Northern Ireland.

The specific policy area regarding environmental protection is formally recognized in the Good Friday Agreement and in combination with enduring intergovernmental coordination, this overarching institutional framework has contributed to enhanced economic integration across the island whilst adhering to and applying key EU rules centered on sustainability and environmental protection.

Brexit has however cast doubt on the future functioning of this framework and the unique impact on Northern Ireland has been acknowledged by both the UK and the EU in the draft Agreement on the withdrawal of the United Kingdom from the EU in March this year. This draft Agreement underlines a commitment to avoiding a hard border and to protecting North-South cooperation.

In the context of waste management, the risks associated with regulatory divergence and cost disparity between the two jurisdictions are particularly acute. Should two differing regulatory regimes emerge post-Brexit, the scope for circumvention intensifies with the potential for unlawful movements of waste and tariff avoidance.

Indeed, the cross-border repatriation plan established under the auspices of the EU Waste Shipment Regulation illustrates this point in an incontrovertible fashion. An increase in the cost of landfill in Ireland in the early 2000s effectively led to an estimated 250,000 tonnes of waste being dumped in Northern Ireland.

The interconnectedness of the island, which share a contiguous 300-mile land border, presents a critical challenge for policy makers in the context of Brexit. Many examples of cross-border cooperation exist in the field of environmental protection as the island essentially forms a unique single unit in terms of natural environment and plant and animal life.

One such example relates to water quality and resources in river basins which has been managed effectively in a cross-border context. In order to comply with the requirements of the EU Water Framework Directive, Northern Ireland and Ireland have jointly established three cross-border international river basin districts whereby each district has its own management plan, which must be implemented by the relevant agencies in the respective jurisdictions.

Joint responsibility with regard to the implementation of the EU Habitats Directive also exists in relation to the Cuilcagh Mountain on the border between County Fermanagh (in Northern Ireland) and County Cavan (in Ireland) and which has been designated as an Area of Special Conservation, as it contains habitat types and/or species which are rare or threatened within a European context.

Accordingly, the importance of maintaining equivalence in environmental standards and the existent institutional frameworks dedicated to cross-border cooperation cannot be underestimated in any post-Brexit scenario.

Given that the UK and by extension Northern Ireland will remain bound by international environmental law commitments notwithstanding Brexit, consideration ought to be given to how this framework could be utilized to maintain such alignment.

This is of paramount importance if environmental gains achieved in Northern Ireland thus far are not to be eroded and its unique environment protected into the long term.