An action plan to tackle educational underachievement will require almost £190 million to be found by the Northern Ireland Executive over the next five years.

The action plan, which has been endorsed by the Northern Ireland Executive in principle, was introduced to the Assembly by former Education Minister Peter Weir in June 2021 alongside the A Fair Start report, commissioned by the Minister in 2020 to analyse links between persistent educational underachievement and socio-economic background.

The expert group panel was established following a commitment within the New Decade, New Approach agreement to investigate the issue, with a caveat to include the “long-standing issues facing working-class Protestant boys”.

However, early in the report, the authors identify underachievement by boys, particularly those entitled to free school meals (FSME), from both sides of the community divide.

Proposing a total of 47 widespread measures, the report recommends a number of significant changes to current education provision to prioritise education and learning as a route out of poverty, including pre-school education for all children for at least four and a half hours per day, a review of arrangements from transfer between primary and post-primary schools by the Department and greater investment in children’s emotional and mental wellbeing to reflect the level of need.

Highlighting evidence which suggests that investing in quality early childhood education for disadvantaged children has significant long-term benefits for individuals and society, A Fair Start points to a report by Save the Children which suggests that one in four children in Northern Ireland were growing up in poverty pre-pandemic. The potential exists for the pandemic to see this number increase.

In 2018, the Early Intervention Foundation published research to highlight the significant impact to the public purse of failing to intervene early. The research found that Northern Ireland spends a total of £536 million per year on late interventions, equating to £288 for every Northern Ireland resident, or £1,166 per child.

The importance of early years intervention is highlighted by research from other parts of the UK, which indicates a rapid expansion of disparity in outcomes as children get older. For example, children from disadvantaged backgrounds are developmentally nine months behind children from wealthier backgrounds by age three but this extends to become a 19-month gap in school readiness between the most and least advantaged four and five-year-olds.

A Fair Start recommends “greater policy and investment focus on 0-6 age group, acknowledging the importance of prioritising children’s learning and development from 0-6 years and in particular, the benefits of early intervention for children with special educational needs or at risk of educational underachievement”. 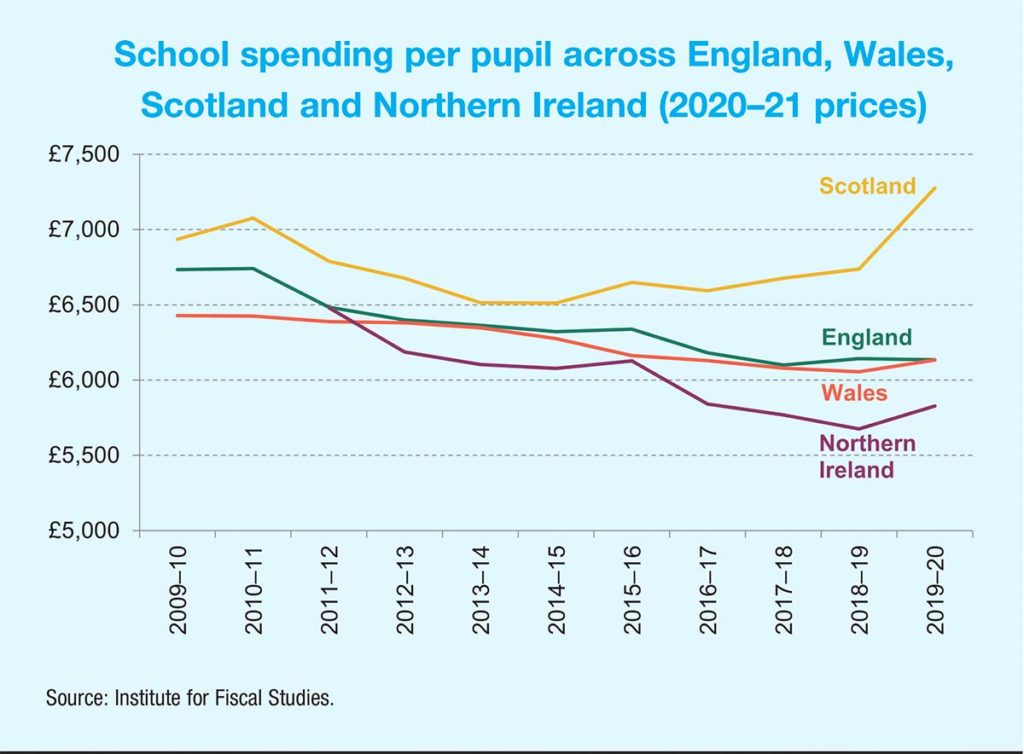 The panel has also proposed that the departments of education and health work together to lead a process of co-design with key partners to develop an adequately resourced and supported training, qualifications and CPD strategy for the Early Years workforce, with consideration given to graduate-led provision.

On the decision to recommend the standardisation the length of pre-school education day to at least 4.5 hours per day, the panel leans on evidence which suggests full-day pre-school children had higher scores than part-day children on literacy, language, maths, socio-emotional development and physical health, had increased school readiness skills and reduced absences. However, it also states its belief that those children from disadvantaged homes were most likely to benefit from the provision of a hot meal at lunchtime both in terms of the nutritional benefit and also the experience of sitting down together to eat.

Two more significant recommendations by the panel in relation to early years education provision include a suggestion that the Department should carry out a review of staff:child ratios in the context of increased special educational needs or undiagnosed special educational needs within pre-school settings. Also, in identifying a practice of “underage/two-year-old children” filling places in pre-school setting, the panel recommends legislation to redefine the pre school age and focus attention “on age appropriate pre-school education”.

In calling for the recently published Emotional Health and Wellbeing Framework launched by the Departments of education and health in February 2021 to be progressed and sufficiently resources, the panel point to research done by the NICCY which found that 20 per cent of young people in Northern Ireland are suffering significant mental health problems by the time they reach 18. Rates of mental ill health are estimated to be 25 per cent higher in Northern Ireland than the rest of the UK and Northern Ireland has disproportionately higher rates of suicide within under 18s when compared to the other regions.

The panel recognises that the challenges in relation to young people’s emotional health and wellbeing have been, in many cases, exacerbated by the Covid-19 pandemic and alongside progressing the framework, calls for an existing network of 46 nurture groups (short-term, focused intervention for children with particular social, emotional and behavioural difficulties) to be extended.

The panel describe the existing curriculum, which has been in place since 2007, as “broadly sound” but recognises that the flexibilities afforded to teachers means that delivery is not always in keeping with its original design intentions.

The panel has recommended that the Department should progress its work to put in place a System Evaluation Framework by September 2022. Describing the current focus on measuring school performance by the percentage of pupils achieving 5+ GCSEs at A*-C including English and maths as “too narrow”, the report says that the “crude measurement” does not take into account the very diverse intake of different schools and is often to the detriment of nonselective schools. As a result, it adds that the Department should commission CCEA to progress development of its own diagnostic assessment tools for use in all schools (including Irish-medium) from KS1 to KS3 for schools, including the development of an agreed value-added measure.

Interestingly, the report welcomes a planned review of transfer arrangements within the wider Department of Education Independent review, pointing to evidence that “academic selection skews teaching at Key Stage 2 (prioritising literacy and numeracy at the expense of other areas of learning), and that transfer outcomes for FSME pupils are significantly lower than for non-FSME pupils, leading to significantly lower percentages of FSME pupils attending grammar schools”.

“As a panel, we feel that addressing this systemic inequality should be a priority going forward,” the A Fair Start report states.

The panel proposed a new Reducing Educational Disadvantage (RED) programme aimed at communities and families in the most disadvantaged areas, co-designed by community partners and schools. However, it recognises that such an approach would require a significant increase in investment.

“We believe levels of investment need to be much more ambitious than current funding levels allow,” the report states, believing that the RED programme would allow greater flexibility within local communities to direct the nature of the spend than is the case with the existing Extended Schools programme.

“There is a need however for an agreed action plan (with adequate funding) to implement effective collaborative models for curriculum delivery in schools and in addition, to develop effective initiatives/programmes of wraparound support (including mentoring and counselling) across both school and youth settings, to facilitate more holistic benefit for young people.” 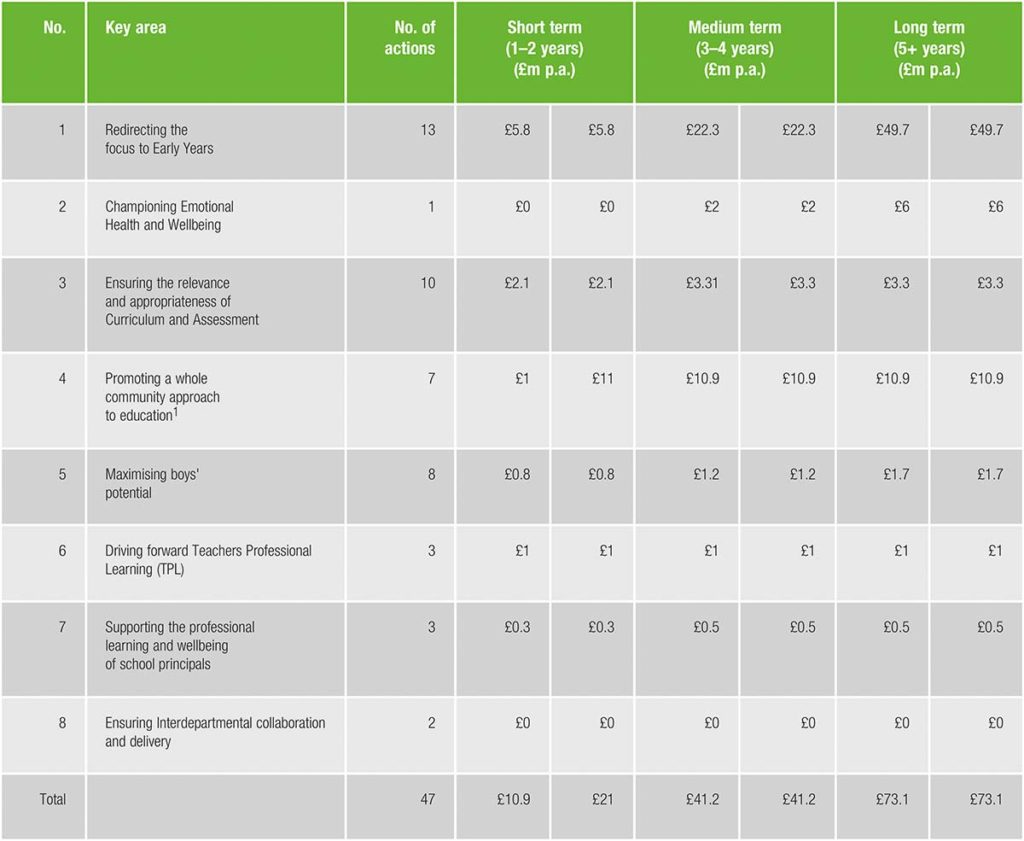 Interestingly, the report has also suggested research be commissioned to assess the validity of the FSME measurement to determine allocation of significant additional funding, highlighting that the binary measure fails to take account of families whose income is just above the threshold and ignores other aspects of deprivation outside of income alone.

“Given the dependence on FSME in Northern Ireland to determine allocation of significant additional funding, the panel believes that [the Department] should commission research to provide a current assessment of the validity of the measure against other options,” the report states.

Acknowledging the barriers to academic attainment as a result of economic deprivation for boys not just in Northern Ireland but also across the UK and Ireland, the report states clearly that the challenge is one across both communities in Northern Ireland.

The panel’s terms of reference included a focus on working-class Protestant boys but the report states: “While the percentage of Protestant FSME boys not achieving 5+ A*-C grades at GCSE including English and maths is higher than the percentage of Catholic FSME boys, it is acknowledged that this is not a problem which affects only one community.

“While there are persistent attainment differences by religion and gender, the most significant differences are between the GCSE attainment of FMSE and non-FSME pupils, irrespective of religion, gender or ethnicity.”

Amongst the panel’s recommendation are the development by the Department of an ‘Educating and Engaging Boys’ toolkit for school leaders, a focus on raising boys’ attainment within the School Development Plan (SDP), and a community and voluntary service collaborative pilot programme. Additionally, the report suggests the creation of new pathways to higher education for boys, particularly towards the teaching profession.

The report highlights a focus not just on the pupil in tackling educational underachievement but also on teaching and school leadership. Highlighting the crucial role teachers have already played in enabling Northern Ireland to develop as a society, the report calls for additional ring-fenced investment in the Teacher Professional Learning (TPL) framework in the short, medium and long-term to ensure that the potential of the Learning Leaders Strategy is realised.

Finally, the panel believes that A Fair Start and its associated action plan forms part of Northern Ireland’s educational and economic future and should therefore be monitored and reported at the highest level of government. It states its desire to see that the action plan’s delivery be subject to oversight by an implementation committee chaired by the First and deputy First Ministers and that the action plan be explicitly referenced within the next Programme for Government. 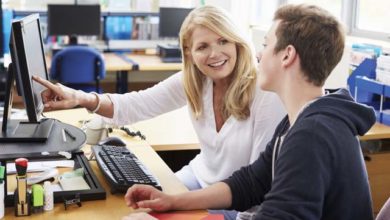