Yvonne Cooke, Head of HR for the PSNI talks to David Whelan about the reasoning behind a new dedicated diversity and inclusion team within the organisation, attempts to change the PSNI’s external perception and ambitious internal changes.

Having taken up the post substantively in January, Cooke is heavily involved in the launch of the PSNI’s latest action plan out to 2022, contained within the Equality, Diversity and Good Relations Strategy 2017-2022, focused on some 6,788 police officers and a further 2,442 police staff.

An occupational psychologist by trade, Cooke’s career has spanned wider public service and private practice before her current position, which she describes as “no normal role”.

“It’s a role that is challenging but one that I enjoy, she explains. “The PSNI is a large, complex organisation and to that end the HR function is very dynamic and very diverse.”

Cooke explains that the role of the centralised HR model utilised by the PSNI is multi-faceted and compiles of everything from recruitment through to the management of large contracts and an internal focus on the likes of selection, promotion, pay, grading, reward and recognition.

The Head of HR is keen to highlight the integral role human resources has in assisting the rest of the organisation to carry out its primary function, keeping people safe, and continuing to move away from the outdated perception of HR as an administrative arm of the organisation.

“What we as an organisation are seeking to do is enhance confidence, trust and invariably be more legitimate as the police service of Northern Ireland for all within Northern Ireland,” she explains. “As a HR department we play a fundamental role in providing the critical challenge function of the culture and the organisation. I see the clear alignment between our work, here in the department, and the delivery of a high-quality policing service.”

A prime example, Cooke states, is the current development of a dedicated diversity and inclusion team within HR, focussing on “the culture itself and what we need to do to continue to invest in the culture to create the right environment”.

Highlighting that she sees the team as not only having a focus on ensuring the organisation is inclusive, representative and diverse but equally performance driven around assisting the rest of the organisation, Cooke believes that a such a dedicated focus is required in a large police service, historically under representative of the following communities: Catholic, working class loyalist, females, LGBTI and ethnic minority groups.

“I think that a dedicated team signifies the importance of the issue and it also signifies that we are serious about addressing underrepresentation and that we are meaningfully attempting to be as inclusive as we possibly can.”

Describing diversity and inclusion as a personal and professional passion of hers, Cooke outlines her belief that addressing the issues is fundamental to the confidence society has in the PSNI. “We need to be seen to be of the public,” she adds.

Cooke stresses that she is not alone in her ambitions, pointing to her position as co-lead on the organisation’s Positive Action Group, alongside Assistant Chief Constable Barbara Gray, who she describes as “equally passionate and driven” in this regard. “The Service Executive Team at large are behind what we are seeking to do,” she adds.

Despite lofty ambitions, the PSNI must face up to the level of significant underrepresentation within its rank and staff. Latest workforce composition figures from 2019 show that of police officers, 32 per cent are perceived Catholic compared to 66 per cent Protestant, just 30 per cent are female and ethnic minorities make up just 0.5 per cent of the Service. For police staff, 78 per cent are perceived Protestant compared to 19 per cent Catholics, males are in the minority of 42 per cent and ethnic minorities make up just 0.7 per cent.

While Cooke accepts that not enough progress has been made in recent years, she believes that the figures are not fully representative of ongoing work to change these figures. 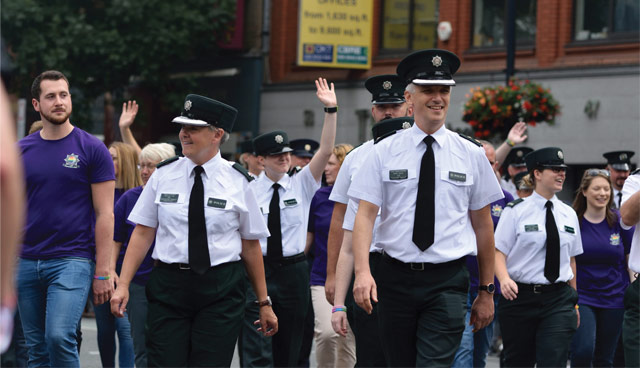 “From a Patten perspective, so much more was hoped for in terms of how representative we would be,” she states. “However, we have made significant advances, in particular in and around police officer recruitment, with a lot of effort put in to identifying the barriers to recruitment to the PSNI and we now have a better understanding of what those barriers are.”

In 2016, the PSNI commissioned an independent report by Deloitte to identify recruitment barriers. ‘Understanding barriers to police officer recruitment’ identified a number of barriers such as pay reduction and lack of awareness of the variety of roles offered; however, its headline finding centred on catholic underrepresentation, highlighted areas such as physical appearance at test centres and community perception as key turn offs.

“Over the last number of police officer campaigns we have actively put in new changes, for example the decision was taken to avail of online testing, so the initial application process could be done in private,” says Cooke.

Adding: “We don’t have an issue in terms of attracting people. Our competitions have between 6,000 to 7,000 applicants but we’re dealing with those issues as to why members of under-represented communities aren’t applying in the numbers that we would want to see.”

Cooke indicates her belief that tackling the problem will require an effort including and beyond the PSNI. “We are receiving a lot of support around recruitment into the police service and contending with all of the barriers identified is something we require support with.

“We are actively seeking leadership support across civic society because the PSNI can’t deal with this long-standing issue alone.”

While utilising tools such as social media in the PSNI’s push to refine their recruitment process, Cooke describes a parallel focus on continuing an “honest conversation” and seeking support on promoting the message that “it is within all of our interests for policing to be legitimate and be seen by all as being so”. Adding that a police service accepted by all of the community plays a fundamental role in terms of the prosperity of Northern Ireland.

The diversity divide is even more acute at senior levels within the PSNI and Cooke states that this is also something that has been identified.

“We haven’t just been looking at those coming into the organisation but at all grades and ranks. Some of the statistics will be historical in that it often takes time for changes to filter throughout, however we are now starting to see some of those under represented groups take on leadership roles and our external competitions have also had an impact in this regard.

“We are also actively exploring other resourcing solutions, much like other forces across the UK, in and around lateral entry and secondments etc.”

Cooke indicates that such work is not being carried out to merely ensure that under represented groups attain senior positions but also because of a greater recognition that inclusivity in decision-making positions makes for more diverse thinking, additional critical challenge and the avoidance of “group think”.

Cooke stresses that as well as a focus on external attraction to the PSNI, work is also being done internally to ensure that the PSNI is an inclusive place to work. This she states has been an ongoing piece of work in recent years with an eye to the physical environment. Described by the Head of HR as a question of “what do the walls tell you?”, Cooke says that changes to the touch and feel of the building have been backed up with training and development, particularly at leadership level, in areas such as subconscious bias, diversity and inclusion and human rights.

Other internal focusses of late which will continue under the new action plan are in the spaces of female promotion, employee wellbeing and establishing a work life balance. Just over a year ago the PSNI launched their approach to flexible working, which Cooke believes is having a significant positive impact on establishing a better balance for both male and females.

Better communication and engagement across the organisation is being pioneered by the arrival of the PSNI’s new Chief Constable, according to Cooke. Simon Byrne officially took over the post in July and Cooke indicates a desire by him to significantly invest in “truth to power” communication, which she says will bring about “a better flow of information, whereby we don’t within leadership lose sight of what is important”. 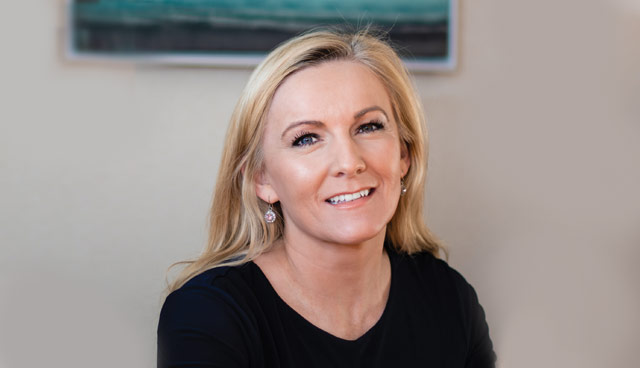 Turning to her own experience as a female within the organisation, Cooke believes that there is a need for more visible female role models, not just within the PSNI but across Northern Ireland as a whole. Outlining her gratitude for support from both males and females within the organisation in attaining a “great career”, she adds: “There will always be change to bring about but I feel that I have been well supported and importantly haven’t had to change or be different to fit in.”

Cooke states that her personal role models lie both within and outside the organisation, stressing her belief that role models do not always have to reflect a similar make-up or outlook. “I have always critically challenged myself to observe others and I always want to be the person to support others to thrive in their career and act on aspirations. There is a great privilege in being in a leadership role but there is also a great responsibility to support others.”

Turning to the future, Cooke benchmarks significant progress in areas of leadership development, employee wellbeing and also on Section 75 support. Section 75 of the Northern Ireland Act 1998 (the Act) requires public authorities, in carrying out their functions relating to Northern Ireland, to have due regard to the need to promote equality of opportunity and regard to the desirability of promoting good relations across a range of categories outlined in the Act.

“We have made massive progress in terms of how people critically think about the decisions they make, both the positive and negative impacts of those decisions from a Section 75 perspective.

“As well, we have actively sought to critically hold ourselves accountable through participation in the Stonewall Workplace Equality Index, the Gender Diversity Charter Mark NI, the Disability Confident scheme and the Blue Light Wellbeing Framework. These are all important because it is the PSNI seeking to challenge itself against both local and national charters.

However, she admits that opportunities exist to improve in areas such as those barriers to recruitment previously outlined but also in areas of “neurodiversity”, which she explains is a push to support police officers and staff in areas such as dyslexia.

She concludes: “In terms of HR, our vision is that we are actively contributing to keeping people safe and that we recognise ourselves as an integral part of the overall function of the organisation and in enhancing confidence in policing. Also, that we are a HR department that puts people at the centre of everything that we do and that we are seen as solution-focussed.”

Are misconceptions curtailing the recruitment of blind and partially sighted people in Northern Ireland?