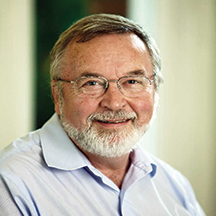 Demand for shared housing is high but the state is failing to deliver, former Co-operation Ireland CEO Tony Kennedy writes. Separated communities cannot be part of a shared future.

All surveys into shared housing show around 80 per cent of people would prefer to live in a mixed religion neighbourhood. When asked about the future, 81 per cent want much more or more mixing, with 15 per cent wanting to keep things as they are. Yet 90 per cent of social housing is segregated.

Those who promote shared housing are accused of forcing people to live together but it is hard to think of any other area of public policy with such a divergence between the service people want, and the service they get.

Some progress has been made. The proportion of single identity wards has fallen from 50 per cent in the 2001 census to 38 per cent in 2011, showing a degree of integration in the private sector. Positive actions have included the IFI-funded Shared Neighbourhood Scheme, some shared future new build and encouraging tenants to sign a good neighbour agreement.

But, given the size of the problem, we are not taking it seriously enough. In May 2010, an Independent Commission on the Future of Housing in Northern Ireland reported.

Its main conclusions on shared housing were that housing could play a crucial role in helping to achieve greater social cohesion; that an effective housing regime is undermined when people are separated; that a high proportion of people had expressed a strong desire to live in a mixed neighbourhood; and that cohesion and integration must be understood in the broadest terms, encompassing mixed income and mixed tenure.

It made specific recommendations, including: policy-makers should support meaningful integration across religion, income, and tenure; integration should inform the Housing Strategy, with clear targets and timescales; government should publish an annual statement on progress; all housing providers should work towards the provision of services and facilities which encourage mixing; and shared housing projects should be developed when development opportunities arise.

Planners should encourage developers to use brownfield sites and buffer zones for the provision of shared housing schemes; planners and funders should recognise the value of mixed tenure schemes in the breaking down of divisions; housing associations should seek EU funding for promoting greater community integration; local councils should target key outcomes in term of religious and tenure mix; and the common selection scheme should be reviewed to take account of its potential to encourage greater social cohesion.

There has been little action as a result. However, the failure to provide a clear policy context should not stop housing providers from developing initiatives of their own. They could implement such recommendations as apply to them, publishing their own progress statements, including how many tenants had signed a good neighbour contract, making new build schemes shared future compliant, and lobbying government to show greater commitment to sharing in its Housing Strategy.

Other agencies should take this seriously. It is a legal requirement under Section 75. Without prejudice to the equality provision, state agencies have an obligation to consider the desirability of promoting good relations. Most agencies fail to observe this requirement, particularly in the key aspect of safety.

Intimidation and fear reduces housing choice as evidenced by the perpetuation of barriers across Belfast in particular. A study last year, ‘Attitudes to Peace Walls’, showed that while 76 per cent of people living near interfaces wanted the barriers to come down now or in the future, only 24 per cent were very or fairly confident that the police would be able to maintain order if the barrier was removed. Fifty-four per cent believed that the PSNI wanted the barriers to remain. This lack of confidence in police attitudes needs to be addressed.

There is an expressed desire for shared housing but a lack of confidence in the state and housing providers to secure it safely.

We cannot build a society of equality if we allow someone to dictate the religion of their neighbour. If we continue to tolerate separated communities, we are failing ourselves and our society and will live to regret it.