Interventions identified in the Mid South West (MSW) Regional Economic Strategy will have a significant impact on the region’s economy.

Nearly one year after launching, the MSW Regional Economic Strategy is already making significant progress in its aim of supercharging economic growth across the region. MSW is a collaboration between Armagh City, Banbridge and Craigavon Borough Council, Fermanagh and Omagh District Council and Mid Ulster District Council.

Launched in September 2020, it sets out a series of specific investment priorities and targeted interventions aimed at boosting productivity and driving inclusive and sustainable economic growth for the region over the next 10 to 15 years, and is built around four key pillars of action: future proofing the skills base; enabling infrastructure; boosting innovation and digital capacity; and building a high performing visitor/tourist economy.

Having identified over 20 interventions which will be pursued through the MSW Growth Deal and the Northern Ireland Executive Complementary Fund, the next stage will see the development of Strategic Outline Cases. In developing the business cases for these strategic projects, MSW will strike a balance between shorter term challenges and the need for longer term transformative action to drive growth in the region. Our work will be aligned to economic recovery plans and will focus on addressing structural weaknesses in terms of delivering ‘better’ jobs, addressing skills gaps and reducing regional imbalances. One thing is for sure, the projects identified for delivery have the potential to be transformative not just for the economy of the MSW region, but that of Northern Ireland as a whole.

Take the proposed Robotics and Automation Innovation Centre at CAFRE Loughry Campus Cookstown, one which plays to the region’s strengths in the agri-food sector.

It is a collaboration between the College of Agriculture, Food and Rural Enterprise (CAFRE) and the Northern Ireland Technology Centre (NITC) at Queen’s University Belfast (QUB), and focuses on delivering a Robotics and Automation Innovation Centre (RAIC) as a joint collaborative facility of the Advanced Manufacturing Innovation Centre (AMIC) in the MSW region, with particular focus on the food and drinks manufacturing sector.

Based at CAFRE’s Loughry Campus, the intervention will aim to provide the sector with fully functional and customised robotics and automation solutions in order to improve productivity, sustainability and resilience by optimising yield, minimising waste, increasing food safety, maximising operator safety and reducing operational costs.

The centre will provide access for companies to continue to learn, test and embed enabling technologies and automation, develop skills and expedite process improvements.

It is ideally placed to facilitate the knowledge and technology transfer and practical application/demonstration of such technology, and CAFRE’s association with NITC will ensure extensive robotic modelling expertise from other manufacturing sectors (including automotive and aerospace) is brought to the food manufacturing environment.

Unsurprisingly, the centre is expected to bring substantial innovation, research and development, skills and workforce development benefits to one of the MSW’s key manufacturing industries. 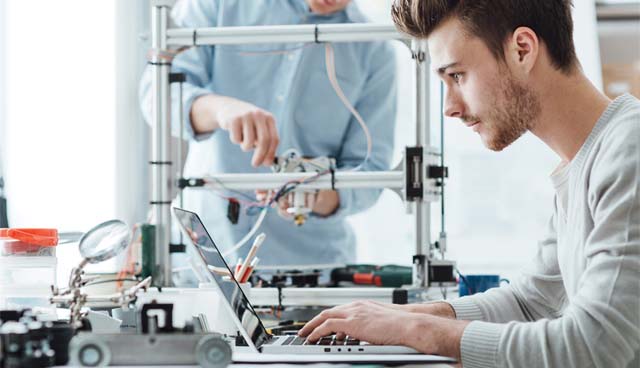 “The exponential growth of the MSW’s dynamic, private-sector led economy, which results from these interventions, will cement the reputation of the region as the economic engine for Northern Ireland and a region that is world renowned for business excellence.”

In particular, it will provide the food industry with a ‘single front door’ for accessing innovation support, skills development, state-of-the-art equipment and specialist knowhow. It will also support industry collaboration with universities and the further and higher education sector which has expertise in the digital skills and knowledge associated with Industry 4.0.

And of course the Mid South West has already built a name for itself as a hub for research and development, and innovation in the agri-food sector through the Agri-Food and Biosciences Institute site located in Loughgall in County Armagh, as well as through two of the three CAFRE Campuses which are located in the region, Loughry Campus just outside Cookstown and Enniskillen.

According to a 2019 study by Ulster University, it accounts for two fifths of Northern Ireland’s manufacturing employment and a quarter of manufacturing GVA.

Specialisms include the manufacture of machinery and equipment, with employment in MSW in these areas almost four times the size of the Northern Ireland average and 22 times the UK average.

It is these solid foundations which the Engineering Skills and Innovation Centre (ESIC) will build on, elevating the sector’s strength and breadth, and optimising its significant growth potential.

The proposed Centre to be led by the South West College, will deliver a purpose built, state-of-the-art engineering and advanced manufacturing facility, and will focus on the diffusion and adoption of innovation, industrial digitalisation and higher-level technical skills. The aim is to connect business, innovation, and education, supporting small and medium-sized enterprises (SMEs) and start-ups to overcome both the technological and skills challenges associated with the adoption of industrial digital technologies.

The Centre will provide an anchor for collaboration between skills and industry, drawing specifically from private sector expertise in the Manufacturing and Engineering Growth and Advancement (MEGA) Network in the region. This unique facility will offer the facilities and expertise necessary to provide workforce talent and skills that are aligned with technology and productivity opportunities. It will act as the focal point for the development of both higher level skills and apprenticeship programmes to support the industrial economy of the MSW, in alignment with the Northern Ireland further education sector hub for advanced manufacturing and engineering. It will also work closely with industry to establish workforce need, co-create curriculum and skills solutions, and deliver direct training to learners at all levels. 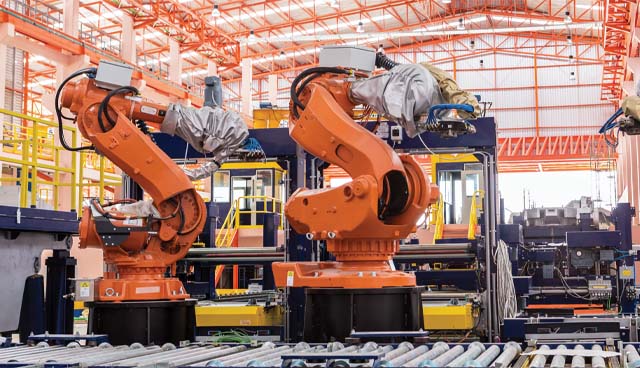 Crucially, the centre will represent a realistic manufacturing environment for education, training, and applied research purposes, critically linking skills development and innovation, and speeding up the flow of knowledge, ideas and resources between education and industry. It will provide a suitable environment for businesses to realise their innovation goals, co-creating and working together to de-risk innovation and create technological opportunities through market-driven research and innovation support.

The ESIC is outlined in the MSW Regional Economic Strategy as a signature project under the priority for ‘boosting innovation and digital activity’ within the region.

Ultimately, the facility will enhance economic growth and employment in the MSW advanced manufacturing and engineering sector, supporting these businesses to prosper in a post-EU Exit and technology-driven environment.

These are just two of over 20 interventions identified by the MSW Region to be pursued through the MSW Growth Deal and the Northern Ireland Executive Complementary Fund that will propel MSW towards reaching its overriding aim of supercharging the region’s economy and that of Northern Ireland.

The MSW Regional Economic Strategy also delivers on the Stormont Executive’s agenda through the MSW Region Growth Deal, helping to achieve the aims set out in the 10X Economy.

The 10X Economy is the Department for the Economy’s economic vision for Northern Ireland in the next 10 years, what it calls a decade of innovation.

It is based on the idea that the next decade will require innovation on a new scale, unlocking the unique opportunity to drive growth and inclusion. Its aim is to see a tenfold increase in innovation across Northern Ireland while also achieving a fairer distribution of opportunities for people to participate in and benefit from economic growth.

The plan is centred on core technologies and clusters in Northern Ireland, including robotics, food supply chain, zero carbon technology, transport, energy and agrifood, which all feature as part of the interventions mentioned previously, as well as advanced composites, software engineering and artificial intelligence, cybersecurity, virtual production and digital transactions/ID authentification.

Furthermore, the MSW Regional Economic Strategy is in tune with the Westminster government’s Levelling Up Fund which aims to level up prosperity across the UK by investing in key infrastructure projects. It will also focus on capital investment to deliver the most impactful local infrastructure projects, those that help bring pride to a local area, which are often smaller in scale and geography: regenerating a town centre, local investment in tourism and cultural facilities or upgrading local transport infrastructure.

This aligns with the MSW’s enabling infrastructure pillar, which places investment in infrastructure as a critical enabler to realising growth ambitions in all other areas of the strategy, given the significant deficits that exist in several aspects of the basic economic infrastructure for competitiveness in MSW.

Potential actions in this area include investment in physical connectivity such as roads, including the A29 Cookstown Bypass and the A4 Enniskillen Southern Bypass which was recently given the green light by Infrastructure Minister Nichola Mallon MLA; park and ride facilities; and transport planning measures. Additionally, the strategy is focused on investment in broadband and mobile phone coverage, unlocking opportunities to access much needed industrial lands for companies to develop, exploring rail connectivity and enabling site development.

This focus on infrastructure, as well as the other three intervention pillars: future proofing the skills base; boosting innovation and digital capacity; and building a high performing visitor/tourist economy, are aligned to helping businesses in key sectors grow.

They will help entrepreneurs start new businesses, help fledgling businesses expand to the next level, help established businesses flourish and attract businesses from outside MSW and indeed Northern Ireland to set up and grow bases in the region. 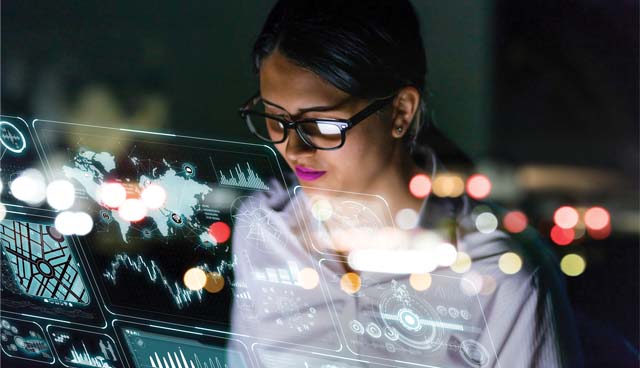 By doing so the overriding ambitions of the MSW Regional Economic Strategy will be met, that is to raise productivity levels and in so doing create better paid jobs for all residents and close the productivity gap between MSW and the rest of Northern Ireland.

The rewards for reaching those aims are considerable. Closing sectoral productivity gaps in MSW has the potential to be equivalent to a 4.3 per cent uplift to the Northern Ireland economy, but the actual benefits would be higher again, as additional levels of GVA in MSW would have additional supply chain and consumer spending impacts across the rest of the Northern Ireland economy through the multiplier effect.

The exponential growth of the MSW’s dynamic, private-sector led economy which results from these interventions will cement the reputation of the region as the economic engine for Northern Ireland and a region that is world renowned for business excellence.

Of course the productivity challenges have been exacerbated further by the Covid-19 pandemic since spring 2020 but rather than diminish the impact of the Regional Economic Strategy, the pandemic further underlines the need for the forward looking and bold actions it encompasses.

Businesses have been impressively resilient over the last few months but need to be operating in the right environment if they are to reach their potential and thrive.

Driven by industry, the MSW Regional Economic Strategy has identified interventions which will create that environment.

As such, this is an incredibly exciting time for MSW as we enter a period that promises to supercharge the growth of our collective economy and ensures inclusive growth and prosperity for all.