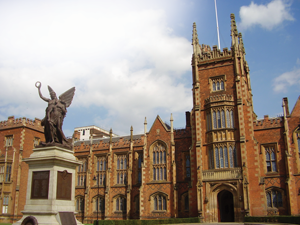 Alasdair McDonnell’s leadership win opens up the possibility of a poll in his constituency.

Voters in South Belfast may be back at the polls early next year, due to Alasdair McDonnell’s election as SDLP leader. He will become its only double-jobbing MP when Margaret Ritchie leaves Stormont in January.

The party has a commitment to end dual mandates (after backing a UUP Assembly motion in November 2009) and has confirmed to agendaNi that McDonnell will make his decision “soon”. The move is already overdue as the motion set a deadline of 2011. The new leader effectively faces three choices: leave Parliament, leave the Assembly or change policy.

Resignation from Westminster would cause a by-election, which is normally called within three months of a vacancy. The May Assembly poll was the most recent with all main parties taking part.

South Belfast has been a DUP target since McDonnell’s win in 2005. Rev Martin Smyth had previously held it for the UUP (1982-2005) and unionist parties have since accused each other of splitting their vote. However, demands for a single unionist candidate are a clear sign of weakness. Alliance is growing in strength.

The 2010 general result was skewed as Sinn Féin stood aside. McDonnell’s majority was 5,926, although this included an unknown number of republican voters. Turnout has steadily declined, from 62.4 per cent in 2007 to 52 per cent in 2011.

Resignation from Stormont is far less likely as it would take McDonnell out of the local political fray. The Assembly’s co-option procedure allows the party leader to nominate a new MLA, who would first be selected by the SDLP constituency association.

McDonnell could also abandon the policy and stay as MP and MLA. This would attract some criticism but is consistent with all previous SDLP leaders. Seven other MPs still double-job: Sammy Wilson, Gregory Campbell and the five from Sinn Féin. However, Owen Paterson’s plan to end the practice could force McDonnell to step aside later on.

South Belfast (officially known as Belfast South) was formed in 1885, dissolved in 1918 and reconstituted in 1922. As the Boundary Commission has earmarked it for abolition at the 2015 general election, McDonnell, or his successor, may be the constituency’s last MP.