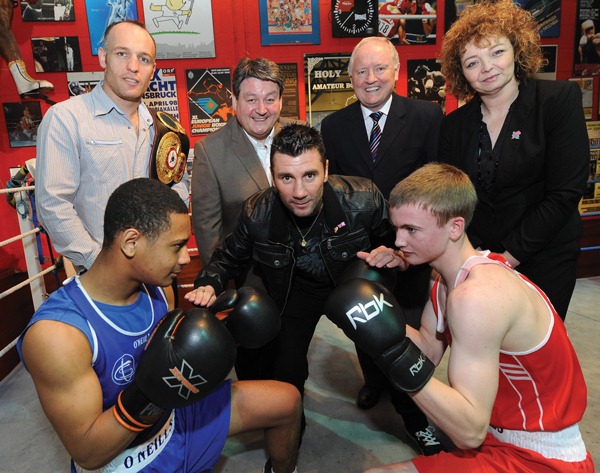 Fifteen Olympic teams will train in Northern Ireland ahead of the Olympic and Paralympic games. Stephen Dineen reports.

Northern Ireland will host some of the finest Olympic and Paralympic competitors ahead of the games in August and September, including the renowned Chinese gymnasts and Cuban boxers (see picture). Four locations will be used for pre-games training camps. The province has also held three pre-games qualifying events and four pre-games training events.

Australia’s boxing team will be in Belfast from 17-24 July. “High on the priority list was a country that was in a similar time zone, had similar climate conditions, was away from the hype, but in close proximity to London,” says Boxing Australia’s CEO Kable Kelleway on why Queen’s University was chosen as a training camp. “This would allow us to acclimatise prior, without entering the Olympic village too early. The university offered facilities that were similar to our facilities at the Australian Institute of Sport in Australia.”

Performance Director for Paralympics Ireland Nancy Chillingworth says one of the reasons it chose the province was for “raising the profile of paralympic sport and Irish paralympic sport within Northern Ireland.”

For CEO and founder of Lisburn’s Salto National Gymnastics Centre Tony Byrne, welcoming China’s male and female gymnasts (from 10-25 July) will be a dream come true. “No matter where they go in the world, because of their ranking, people want them. And it’s big PR and it’s good publicity. It’s good for the country and it’s good for the city,” he states. At the 2008 Olympics, China won 11 gold, two silver and five bronze medals.

Lisburn’s relatively small size, the presence of a good Chinese food chef and the similarity of the centre’s equipment to that used in the games helped secure the Chinese visit.
Securing it was even more challenging, according to Byrne, because the Chinese Olympic Committee had apparently decreed that all participants would train at Leeds University.

For Byrne and his club, the spin-offs will be immense. As part of the deal (currently estimated at £70-80,000), the Chinese coaches will coach the club’s competitive gymnasts every day of their stay. Forty children and their parents will be able to watch the Chinese train for one hour, while the Chinese gymnasts will provide two one-hour coaching courses.

Another spin-off is the “realistic possibility” of a Northern Ireland team of gymnasts doing a training camp in China. It will host the 2014 Artistic Gymnastics World Championships. “I was thinking: wouldn’t it be wonderful if the majority of people who possibly are going to make the team travel to China,” says Byrne, “have a training camp in China and got to know the set-up, the food, meet some of the coaches, some of the judges?”

Though Northern Ireland will, at the time of going to press, host 15 teams, 27 venues were approved by the London 2012 Organising Committee for training camps. Budget cuts meant that plans for five state-of-the-art sports centres were shelved in January 2011. A 50-metre swimming pool for Bangor, announced in 2007, will not be complete until February 2013. Meanwhile, the Olympic-sized pool in Dublin will host the British water polo team, the South Korean swimming team and the USA’s synchronised swimming squad.

A spokeswoman for Sport Northern Ireland said, however, that DCAL’s target of attracting ten countries has been achieved and that this achievement is comparable with other regions. Wales, with 32 approved venues, will welcome 16 teams. She added that accredited venues “received international exposure in the promotion of Northern Ireland as a pre-games venue, which is invaluable.”