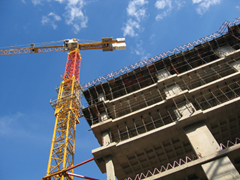 A year since Irish ‘bad bank’ Nama transferred in its first loans, Gary McDonald looks at the impact of the agency in the North.

The true extent of Northern developers’ exposure to toxic debt in the Republic’s now beleaguered property market has been fully laid bare for the first time, and will do little to instil confidence in the sector.

For it has emerged that loans totalling £3.35 billion made to Northern Ireland developers have already been transferred into the National Asset Management Agency (Nama), the Republic’s so-called “bad bank”.

Senior Nama executive Ronnie Hanna, himself a former banker, revealed the figures to the Northern Ireland Housing Conference in Belfast. Hanna is its Head of Credit and Risk.

But he insisted that the organisation is not, in fact, a toxic bank, but “part of the solution” to the current difficulties in the Northern Ireland market.

A unique organisation, Nama started its existence in December 2009 with a portfolio of approximately €75 billion of eligible assets acquired from five participating institutions (AIB, Bank of Ireland, Anglo Irish Bank, EBS and Irish Nationwide) which are linked to land and development (consisting of about 1,500 individual debtors with about 15,000 individual loans).

Nama’s raison d’être is to manage and realise these assets down to zero in the best interests of the state and to obtain the best achievable financial return.

Established as an emergency response to an unprecedented threat to Ireland’s banking system and its wider economy, its purpose has been to work as efficiently and objectively and fairly as possible in order to deal with the onerous responsibilities entrusted to it.

But others see Nama’s strategy differently, arguing that it has a six- pronged action plan to sell, lease, manage, develop, demolish and mothball.

So how do the Northern Ireland figures stack up so far?

The £3.35 billion loans to date are being called in from 180 individuals and companies, many of them household names, and represent 5 per cent of Nama’s total loans.

“Nama is an asset management vehicle and, contrary to how it is portrayed in some quarters, it is not a toxic bank,” Hanna says.

“We have the capacity to take a longer- term view of the loans we take on, if it makes commercial sense, and our time frame is to manage and realise the loans and the property held as collateral for the loans over a seven to 10-year time period.”

Hanna also said that Nama’s financial return from the loans it acquires must take account of the cost of acquiring the loan, Nama’s associated costs and its cost of capital.

“Nama has a neutral view on all markets, including the Northern Ireland property market, and we have no interest in hoarding assets longer than necessary,” he insisted.

“We will work with debtors if it makes commercial sense, but debtors must submit a business plan which includes a realistic repayment schedule and we require full co-operation and full disclosure from debtors. Debtor co- operation and capability is key,” he added.

It’s not a full year yet since the first loan transfers occurred (the first was on 29 March 2010), and Nama Chairman Frank Daly revealed that to the end of last year Nama had completed the acquisition of the original 11,000 loans from 850 debtors with a nominal value of some €71.2 billion.

Nama paid over bonds to a value of €30.2 billion to the five institutions (AIB, Bank of Ireland, Anglo Irish Bank, EBS and Irish Nationwide) which equates to an aggregate discount (referred to as a haircut) on the total amount of loans of 58 per cent.

By Christmas, the agency had concluded its review of business plans from the top 30 developers which account for approximately €27 billion of the loans which have been acquired.

And as a result of the Nama’s insistence, a number of borrowers whose loans have been acquired by the agency have reversed or are in the process of reversing transfers of over €130 million worth of assets which they had previously sought to transfer beyond the reach of Nama or the relevant banks.

But not everyone has come quietly.

The Irish Supreme Court ruled the €2.1 billion euros of loans could not be transferred into Nama after Belfast-born developer McKillen argued that his repayments were up-to-date, so they should not be treated as toxic.

The ruling does not block the transfer, but means the process has to restart. So expect Nama to go vigorously at this case again.

Ronnie Hanna strongly dismissed any talk of a firesale, telling delegates: “It’s not in our interest to do that and we wouldn’t even countenance it.” He explained that all debtors must submit a detailed, realistic repayment plan within six weeks of loan acquisition. Nama expects full co-operation and full disclosure, he stated.

Speaking to agendaNi afterwards, he emphasised the need to take a much longer term view on the housing market. Nama could sell property where possible but “cannot override what’s happening in the market.” Hanna added: “What we are about is providing stability.”

The most challenging aspects of its work were the diversity of the task and the size of the portfolio “but we have a very strong team working very effectively”. Nama can be contracted by email (info@nama.ie) and its Northern Ireland Advisory Committee members can make themselves available for meetings in the North or Dublin.