Despite much progress, a “step change” is needed if Northern Ireland is to deliver on climate change commitments, writes Jackie Keaney, Commercial Director, Indaver (Ireland and UK).

The latter commits Northern Ireland to a maximum 10 per cent landfill cap and achieving a 65 per cent recycling level by 2035. These are ambitious targets. In 2019/20 Northern Ireland surpassed both England and Scotland to achieve a recycling rate of 51 per cent while landfilling 24 per cent of our residual waste. This is a great result, which was only possible after many years of hard work and a great response from the public. It does however shine a light on the challenge ahead. A step change is still needed to deliver these significantly higher targets and deal with what remains, the non-recyclable rubbish.

Although significant strides have been made, we continue to either landfill huge quantities of our residual waste or counterintuitively export it at significant cost for other European countries to exploit this resource through renewable energy production. Figures from the Environment Agency show we are currently landfilling and exporting over 400,000 tonnes of household waste annually.

The UK Government’s Committee for Climate Change advise that continuing to landfill large volumes of waste is no longer viable, it is detrimental to our environment and directly contributes to global warming. To meet these climate change and waste management targets, more waste education programmes, recycling and energy recovery (Energy from Waste (EfW)) infrastructure must be delivered. 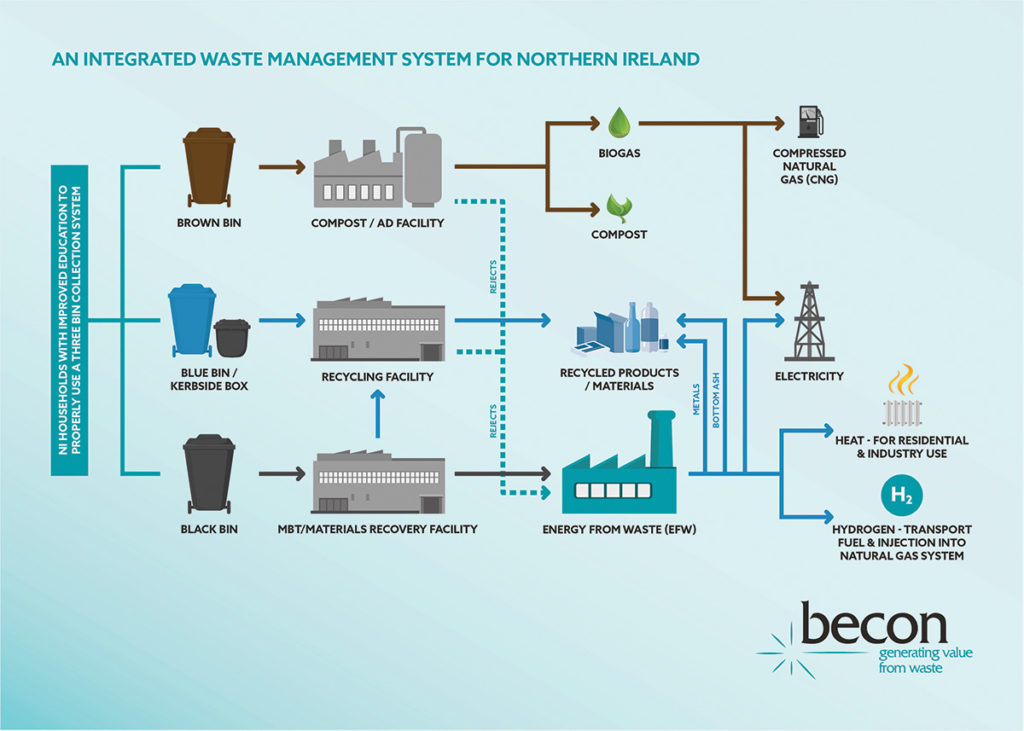 What is an Integrated Waste Management System?

We are all familiar with the concept of an integrated transport system where all modes of transport, planes, trains, automobiles, cycling and walking networks, work together in an efficient and joined up way. This delivers efficiencies, aims to meets the demand of passengers and maximises the limited space to avoid congestion.

As with transport the waste management system must adapt to a more integrated and sustainable model as society transitions to a low carbon and circular economy model.

An Integrated waste management system is a strategic and sustainable approach to managing the waste we produce. It covers all aspects of the waste hierarchy in an integrated manner, such as waste prevention, source segregation, composting/anaerobic generation/recycling (often collectively referred to as ‘recycling’), energy recovery and disposal with an emphasis on maximizing resource use efficiency.

An integrated waste management system starts with the householder and preventing waste where possible. Proper segregation of unpreventable waste by the householder using a three-bin system will achieve higher recycling rates and ensure only non-recyclable material will end up in the residual ‘black bin’. A suitable mix of infrastructure which recycles waste, recovers energy and other materials from non-recyclable waste and limits landfill disposal provides a sustainable solution which ensures that environmental targets are met.

Such an integrated waste management system is necessary until society becomes a truly circular economy when we have designed out waste and when we are keeping products and materials in use and regenerating natural systems.

Other countries have shown integrated waste management systems can and do work. This is achieved by having clear policy objectives, alongside householder education, funding and recycling incentives. For example, in 2018 Germany landfilled only 2 per cent of its waste and did so by increasing its recycling levels to 67 per cent and by extracting full value from the remaining 31 per cent via EfW facilities. It is now time for Northern Ireland to play catch up with Great Britain and the rest of Europe in integrating its waste management system, delivering higher recycling and maximising resource use efficiency.

Northern Ireland achieving a 51 per cent recycling rate has been possible partially because of £40 million funding by DAERA for a range of support measures since 2010. This has supported councils to increase recycling capacity and provide householder waste education programmes. Unfortunately, as with many regions, recycling rates are starting to plateau and many experts believe the next 15 per cent will be even more difficult given the remaining waste make-up and the fact that all the “easy” items are now captured. Nonetheless, to further drive recycling efforts, in 2019 DAERA earmarked a further £23 million in capital funding to provide additional recycling infrastructure.

The need for residual waste infrastructure is set out in the arc21 Waste Management Plan endorsed by its six constituent councils and these proposals pre-empted the Circular Economy objectives by a decade. The Becon project which is being proposed by Indaver is designed to provide a sustainable and cost-effective solution for its residual, largely unrecyclable waste. The project will:

Further investment, policy interventions and financial support, potentially in the form of well managed subsidies, will also be required to deliver the necessary behavioural change required to achieve 65 per cent recycling by 2035.

Unlike the situation with recycling, Northern Ireland’s EfW infrastructure is seriously under-developed and a significant gap remains for the treatment of residual waste. It is not possible to recycle 100 per cent of waste due to contamination, multi-material composite packaging and some poor-quality materials. These are rejected by recycling sorting facilities because they cannot be recycled in a technically, economically or environmentally feasible way. The circular economy recognises the need for alternative treatment solutions for such non-recyclable waste and by cooperating with partners across the whole value chain, EfW facilities prevent this waste from going to landfill, ensuring the maximum value is extracted.

The vision is for a well-functioning circular economy in 2035 is where quality recycling is steadily increasing and landfilling is minimised. At the same time EfW has an essential function, enabling the wider circular economy and as an important renewable energy provider. Increasingly the sector is also contributing to other decarbonisation technologies such as hydrogen production, district heating and supporting other renewable sources.

Through closer co-operation, joined up thinking and targeted investment at all levels across the sector we can aspire to deliver an integrated waste management system which just like transport underpins a modern, efficient and increasingly ‘green’ economy.

Logically residual waste should be treated near to where it is generated. The benefits of proximity and self-sufficiency as set out in DAERA’s Delivering Resource Efficiency Strategy will ensure Northern Ireland will benefit from the investment and job creation in an indigenous integrated waste treatment system. This is particularly pertinent as the focus moves from the pandemic to a ‘green’ economic recovery.
arc21, the umbrella waste and resource management body representing six Northern Ireland councils, are developing a residual waste management facility which includes a mechanical biological treatment facility and an EfW facility. This facility, which follows best practice across Europe and the UK, is a significant and necessary investment required to implement a fully functioning integrated waste management system. 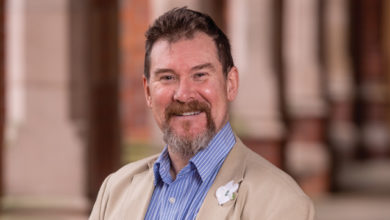