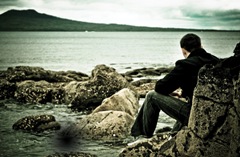 As Alcoholics Anonymous celebrates its 75th anniversary, Meadhbh Monahan finds out about a local member’s personal experience with alcoholism and how the organisation operates in Ulster.

“Sometimes people think that to be an alcoholic you have to be a down-and-out, but that is not the case,” says the Alcoholics Anonymous (AA) spokesman.

Alcoholism is a world-wide disease that affects all ages, sexes and creeds, he contends.

Initially created in Ohio in 1935, AA was established in Dublin in 1946 and came to Belfast in 1948. It currently operates on an all-Ireland basis with approximately 3,000 recovering alcoholics in 185 AA groups in Ulster. In addition, around 10,000 people attend 595 groups in Munster, Leinster and Connacht. In Belfast, there are 24 groups with meetings every day.

AA operates with the help of volunteers who are all recovering alcoholics, and only one full-time member in the province receives a salary. When someone rings the central office on Donegall Street Place, they will be given the details of a local volunteer who can visit them and “explain how they got sober.” Alternatively, they can go straight to an AA meeting, or – if they are planning a holiday, or will miss their usual meeting – they can get directions to the nearest AA meeting in their location.

Will power has “nothing to do with” making the first contact with the AA, according to the spokesman. Instead, a spiritual awakening or “psychic change” usually triggers people to act.

“Most people come to a point in their life where enough’s enough. No matter what their family or loved ones tell them, until a person comes to realise they have a problem, and when they are hurting enough, that’s when they will do something.”

The only requirement for membership of AA is the desire to stop drinking.

Referring to the psychic change, the spokesman, who has been off alcohol for 20 years, says: “There’s no big flashing light and no big drums. It’s just a new way of thinking. If my thinking doesn’t change then it’s more than likely that I will go back to drinking again.

“Slowly but surely my life was going downhill. I was not really sure if I was an alcoholic but one of the conditions for me to keep my employment was to attend AA meetings; it was then I discovered that I was.”

AA members must try to adhere to the ‘Twelve Steps’ because “it’s not just [about] putting the cork in the bottle.”

One of the most difficult steps for many alcoholics to take is number three: “Make a decision to turn our will and our lives over to the care of God, as we understand him.”

Like many others, he initially confused step three with religion. “We don’t force anyone to believe anything,” he states.

“I thought if I handed my life over to God I’d be a missionary and I couldn’t do this or that, but [in reality], I can live whatever way I want. I used to drink because I felt uncomfortable but now I can sit here today and feel comfortable as I do this interview. If I was out there drinking, I couldn’t.”

Another particularly difficult step is number four: “Make a searching and fearless moral inventory of ourselves.”

“For the first time in your life you take a good look at yourself, find the good points and the bad points and what you need to work on.”

The main problem emotions are resentment, jealousy and fear, which are the feelings that “destroy” people.

By following the programme he has found peace. “It’s all about getting freedom from the past.”

The final three steps are those which alcoholics must try to live by on a daily basis. After they have made the first nine steps they must continue to look at their flaws and admit when they are wrong; pray and meditate; and carry the message to other alcoholics.

“If someone wants help, we will go out of our way to help them but we do not force things on them,” the spokesman concludes.