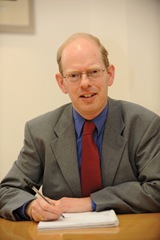 How hard were the hard choices?

On 22 June 2010, just 90 days after Alistair Darling warned in his final Budget speech that “there are tough choices ahead”, his successor, George Osborne, told a packed House of Commons: “I will not hide hard choices”, and he didn’t.

Esmond Birnie, Chief Economist with PricewaterhouseCoopers, reads the Budget tea-leaves to see just how hard those choices really were.

George Osborne described it as the “unavoidable Budget”. Was it?

Not exactly – this was a Budget of choice, but it wasn’t much of a choice. Osborne had to send a message that a new government was determined to re-balance the economy away from debt and government consumption. That was necessary in order to maintain the confidence of the international money markets and preserve the UK’s triple-A credit rating.

But that choice leaves him walking a tightrope between trying to “protect the poorest” (his words) alongside reassuring the international credit markets, and tipping the UK into a feared double dip recession. But at the end of the day the unsuitability of government debt persuaded him to heap a further £40 billion of fiscal consolidation on top of the £73 billion Alastair Darling had previously announced. And with no more public money in the kitty, he had to incentivise the private sector to take up the slack.

£113 billion is an awful lot of spending cuts and tax rises. Can it be done?

Maybe. At a macro level, this represents the longest and deepest period of sustained cuts to public services since the Second World War. Overall departmental expenditure levels will fall by 14-15 per cent by 2014-2015. But ring- fence the money-gobbling health monster, put a 10 per cent ‘savings ceiling’ on education and defence and every other Westminster department faces a 33 per cent bloodbath.

In the real world, that’s a lot of cuts, but the Chancellor lives in the world of politics where there are different pressure points. Last September, Treasury briefed its ministers on the experiences of nine countries: Finland, Sweden, Ireland, Belgium, Canada, Netherlands, Spain, New Zealand and Iceland. At some point during the last 30 years, said Treasury, all these achieved “ambitious, large scale expenditure consolidations” (in plain English, very large cuts in their public spending) “of between 3 and 14 per cent of GDP.”

So, it’s up to the private sector now?

That’s just a different tightrope. The general business reaction was better than the Chancellor might have hoped for, but we’re not out of the woods by any means. At a risk of sounding repetitive, this is not just a domestic UK problem. Internationally, the bond markets handed out a reality check and a cascade of national deficit reductions followed – including Osborne’s Budget – and, despite the IMF bail-out of Greece, entire countries could still default.

Internally, the sheer scale of the deficit reductions could stop recovery dead if the private sector can’t take up the slack of public sector cuts. And as everyone is in the same boat, domestic consumption will be down, as will (potentially) export markets. So, if the Chancellor wants to see a surge in fixed investment and net exports, he needs to make it worth business’ while to make the investment and the effort and there is considerable evidence that that’s what he’s tried to do.

But won’t the private sector need bank support to take up the slack?

Yes, that’s why since the financial crisis hit, the UK Government has supported the banking sector to the tune of nearly £1 trillion. Treasury backed the banking bailout because, without a steady flow of lending, consumers can’t consume, businesses can’t grow and the economy can’t move into recovery.

The Bank of England kept interest rates at rock bottom at the same time as it injected £200 million into the economy via its quantitative easing (QE) initiative, specifically targeted at boosting bank lending, while keeping the cost of borrowing low.

But the Bank of England’s latest Financial Stability Report says UK banks have greater refinancing needs over the next two years than banks in the US, Germany, France and Italy. It warns that recovery is at risk if the banks don’t move to raise the £750 billion to £800 billion needed to refinance their borrowings due by the end of 2012; currently they are raising around half of the £25 billion a month they need to beat this target, so that could be a problem.

What’s in it for Northern Ireland?

Potentially, quite a lot. The one-year national insurance contributions holiday for ten new workers in new businesses is a start. And, like the rest of the UK, we will benefit from the four percentage points reduction in corporation tax.

Will there be more? Allegedly yes, but that depends on what’s in the forthcoming paper we are promised that will offer a possible enterprise zone and provide the Executive with the option to reduce corporation tax. What’s really in it will depend on how hard the Executive negotiates for even greater fiscal freedom as part of the promise of greater devolution for Scotland, Wales and Northern Ireland.

There is also the ‘crisis as an opportunity’ opportunity to subject the entire public sector to a ‘zero-based’ accounting regime. Instead of trying to justify individual cuts in service delivery, the Executive has a perfect opportunity to examine every item of public spending and ask, “Should government be doing this at all?” and, even if it should, “Can it be done and delivered in a better way?”

But all of that is on the context of half a billion of departmental baseline savings already announced by Sammy Wilson and probably another half-billion still to come.

Quite possibly. Given where we start from, with public spending supporting up to 70 per cent of regional GDP and about 30 per cent of employment (the UK averages are 48 and 20 per cent respectively) there is always going to be a risk of this.

And, under the Barnett formula, the region is actually better protected when overall spending is being cut, than when it is rising. Nonetheless, ring-fence health at Stormont as at Westminster and the implications for other Northern Ireland departments will literally be devastating.

Spending power, with its consequent knock-on effects to the private sector, will be hit in at least three ways. First, total Northern Ireland departmental spending falls; second, we will have to make a contribution to UK-wide cuts in welfare benefit payments; and thirdly, public sector pay and reward is likely to be scaled back, initially in terms of the pay freeze for those earning more than £21,000, with the potential of higher pension contributions later.

Forget about private sector expansion making up the shortfall in the short to medium term; it’s too small and lacks the critical mass to make up for a likely £1 billion Northern Ireland public sector shortfall. Nevertheless, it remains true that it was simply not sustainable to continue with a regional economy 70 per cent reliant on the state.