All policies are up for discussion in a wide-ranging waste review started by Defra. 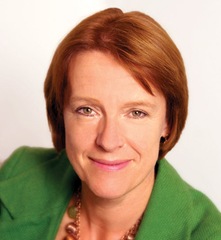 An end to landfill, with limited exceptions, is the main priority in England’s waste policy as the Government keeps driving up the cost of bringing rubbish to dumps.

Both UK Government parties boasted their green credentials when in opposition, which were followed up by the goal of “zero waste economy” set down in the coalition agreement.

Most waste policy is devolved outside England. Landfill tax, though, is levied at the same rate across the UK, currently at £48. George Osborne has authorised continued £8 annual increases in that levy up to 2014. It will not fall below a ‘floor’ of £80 between 2014 and 2020, under current plans.

English waste policy falls inside the wide remit of the Department for Environment, Food and Rural Affairs.

A full review of waste policy was launched on 15 June. The subject is handled by a junior minister, Lord Henley, but the announcement was made in a speech by Environment Secretary Caroline Spelman, an indicator of its importance and urgency.

“We have been slowly moving in the right direction with recycling rates,” Spelman stated. “The direction of travel is right; it’s the pace that’s the problem. We need to go faster and we need to go further.”

The main thrust in the terms of reference, published on 29 July, is how government can give the right incentives to people so that society does more to re-use products rather than throw them out;

• increases recycling (where that is the best option);

• moves towards “zero waste to landfill”.

The last point is an aspiration. The document later states that in future landfill should only be used for “those wastes for which no better use is practicable.” A spokesman told agendaNi that Defra wants to see “as little as possible being sent to landfill.”

All waste-related policies are on the table with 18 headings for discussion suggested. These include future infrastructure needs (including energy-from-waste and anaerobic digestion), the role of regulation and how this can be reduced for small businesses and maximising waste management’s contribution to the green economy.

“Reducing waste needs to be made as easy as possible for people,” Spelman has commented. “It should be driven by incentives not penalties, and common sense rather than coercion.”

Defra will also be looking at whether it can learn lessons from the devolved administrations. Preliminary findings are to be published by spring 2011 and the end result will set new goals for achieving zero waste for 2014, 2020 and beyond.

Councils will be encouraged to work out what worked best for recycling in their areas. Windsor and Maidenhead, for example, rewards high recyclers with vouchers for local shops. Some responsibility deals are already in place, such as the UK-wide Courtauld 2 Commitment, launched in March, for the grocery sector.

English councils collected 27.3 million tonnes of waste in 2008-2009, down 4.1 per cent from 28.5 million in the previous year. That large reduction has been put down to the recession; the annual average fall is 1.2 per cent.

Northern Ireland, by comparison, produces just over 1 million tonnes of municipal waste per year, a figure which has stayed steady since 2004-2005. Our landfill rate is almost 20 per cent higher. If the province’s residents produced waste at the same rate as their English counterparts, that volume would drop to 945,906 tonnes.