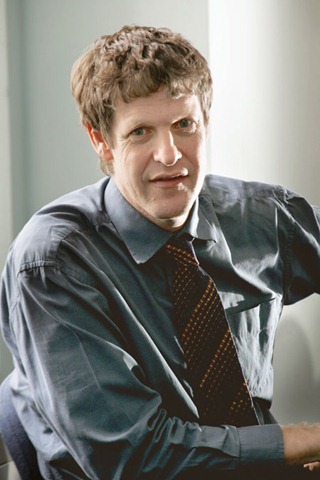 A serious choice must be made to create a genuinely shared future, Duncan Morrow states.

For decades, our signature weakness has been obvious: sectarianism, territorialism and organised hatred. We still live with destroyed lives, an economy dependent on state subsidy and the normalisation of fear and threat, shaping our basic choices like where we live, what we say or where we feel safe taking a job.

Now the fragile peace process has created a remarkable chance to put this behind us. Shared government offers the real possibility that we are partners rather than enemies. But only if we seize the historic chance that agreement offers and set the compass of policy towards a shared and better future and away from carve up and share out.

Sectarianism and racism are not cost-free activities. In the last 18 months there have been more than 50 violent sectarian attacks in the village of Rasharkin alone. The PSNI confirmed that riots over the summer cost them an additional

£2.2 million. Exciting projects such as the UK City of Culture will be at risk unless we develop a reputation for welcome and safety and foreign governments do not feel obliged to warn their citizens against visiting Northern Ireland.

Spreading investment into places like North and West Belfast is not merely a question of raising the level of skills but of creating an attractive city, where the brightest and best want to work and live. Interfaces may seem to offer safety, but they scare away investors, visitors and shoppers. And they confirm by their presence that without concrete and barbed wire, people living next to them are still threatened with brutal violence. There is no doubt that it is the poorest who pay.

Unfortunately, changing this is not a matter of tinkering at the edges, but of establishing a ‘new normal’. Devolved government does not of itself change these deep divisions. The expectations of ‘us and them’ have generated separated housing, separate schools and a legacy of discrimination and fear. In a time of cuts and choices, it is vital that all of our resources, from our health centres and shops to our streets, parks and workplaces become assets which are open and available to all.

The days of ‘one for you and one for me’ are over. If the economy is to grow, then we need to make sure that this is an attractive destination for investment, tourists and our brightest and best. For as long as people who are different are at risk of attack, none of this will happen. There is simply no point in seeking economic prosperity if all we offer is terminal gridlock and sectarian carve-up. Tackling sectarianism and racism is not a cost; it is a critical part of investment in a viable future.

The newly published Cohesion, Sharing and Integration (CSI) policy document should be the place in which this is acknowledged and steps to progress outlined. Regrettably this is not the case. Instead of a systemic commitment to tackling sectarianism and racism, the document offers warm words and little action. While the sentiment of zero tolerance for hate crime is necessary and laudable, it is surely what we already have. The commitment to experiment with shared housing initiatives is interesting, but there is little to suggest that we will dent the pernicious expectation that certain people should live in certain areas.

The document laments the anti-social behaviour of young people but offers little prospect of a programme to tackle the sectarian mindset which continues to confirm to the next generation that we are rivals who can be treated as a legitimate target at certain times of the year, and there is little to suggest that we have ended our culture wars. And it appears to prefer to keep this issue under strict political control rather than to encourage a lively and flourishing debate about our inter-community future.

There is now a very serious choice: to take and shape the chance of real change or to continue with the legacy of discrimination, division and suspicion, maybe conducted at a more ’acceptable level of violence’, but still shaping the present and the future. We need to do better than the current CSI proposals – and quickly.

Duncan Morrow is Chief Executive of the Community Relations Council.