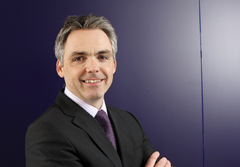 Deloitte Senior Partner Glenn Roberts talks through its growth with Owen McQuade and explains how 125 new jobs in Belfast will take its work forward. “Change has been very, very good,” says a positive Glenn Roberts as he looks back on Deloitte’s performance over the recession. “Genuinely, it’s been a very exciting time. It’s been a very interesting time over the last year and a half.”

For the firm’s Managing Partner, the cliché of the recession being an opportunity is a realistic one for Deloitte at a national and local level. A recession “forces change” and aside from its four main traditional areas of business (audit, tax, corporate finance and consultancy), Deloitte has been busy acquiring other businesses which it sees as a “good fit”.

Locally, it acquired a pensions business last August, employing 12 staff and a partner. The firm has also recruited a Director in Reorganisation of Services, to build that business in light of rising demand in the local market.

This would take the firm’s workforce from 150 to 275 over that period.

“Overall, that challenge is: ‘What have we now got within this organisation that we can provide to our clients? And how can we get it to market as quickly as we can?’”

As an organisation, Deloitte’s latest headline has been the plan to create 125 new jobs over the next two years.

“About 100 of them will be in consultancy, focusing on software development, software testing, application support and business analytics,” he explains. “And around 25 will be a complimentary tax unit. The group will have a remit to research, develop, deliver tax, admin and compliance services in a highly cost- effective, technology-rich way.”

Belfast was chosen as a technology centre due to its skilled workforce, low costs, and “the flow of high quality graduates coming through.”

Expanding the use of technology throughout the business is a clear running theme. Roberts continues: “One of the unknown things about our technology business in particular would be the range of clients that somebody sitting in Belfast can end up working with. So, over the last couple of years, people will have worked with the BBC, supporting the development of the iPlayer, with Transport for London on the development of the Oyster Card and with Disney and with the Tesco Bank – all household names and organisations that aren’t prevalent in Northern Ireland.”

These are exportable services, valuable to the local economy. However, Deloitte recognises that staff often want to be based in Northern Ireland “rather than getting on a plane all the time”. Technology increasingly allows them to do that.

Deloitte finds that large clients expanding overseas want “the global reach” i.e. a consistent service from the company in every country in which it operates. In 2009, Deloitte worked in 146 countries and employed 169,000 staff. 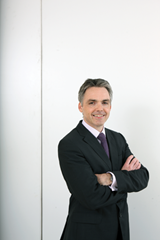 Deloitte clients have found relationships with banks to be the hardest part of the recession. “Private sector clients have challenges with the bank, whether they’re in a distressed position or not,” he states. “The banks obviously have changed the way they work to reflect the difficulties they’ve been through. Our clients have felt that to a greater or lesser degree.”

The firm’s experience confirms expected economic trends, such as the major downturn in construction. That said, he notes that some clients “didn’t get carried away with property development as such and so are still fairly well positioned.” As cash is tight at home, they are looking further afield for business, which he is also keen to see.

IT, in contrast, “seems to be driving on as if there isn’t really a recession in place”. Over the past few months, some clients’ businesses have been successfully sold to US buyers “who have come in and cherry- picked good assets with strong potential.”

Asked to identify which areas managers should focus on in the coming years, he repeats the cliché ‘don’t waste a recession’. To Roberts, that means: “When things turn, and they will turn, it won’t be very good if you come out in exactly the same shape of organisation as you went in.”

Innovation is key but this does not necessarily mean a grand technical project. In essence, an innovative business will look at what it currently delivers and work out how that can be done more cost-effectively and efficiently. The questions ‘what, why and what else can be done?’ are paramount in considering this.

Roberts thinks that innovation is “badly understood at times” because people think: “I need to set up an R&D department and I need to spend a lot of money on IT.” In reality, it’s more simple. Giving a small but real example, one client with a large fleet of vehicles noticed they were all sitting idle with their engines running before going out in the morning. Fuel costs multiplied so the business told employees not to start vehicles until they were setting off.

“To me, that’s innovation. Let’s do that differently, but it takes somebody to think about it, to think: ‘Where is our wastage going here?’ And I think that’s where it starts. It has to be everyday things. There’s a huge pool of people in your organisation that see these things every day and it’s trying to find the mechanism or forum to bring forward whatever those points are.”

As for rebalancing the economy, he thinks a corporation tax cut would help “and I think it’s too simplistic to say we cut on Monday and it costs us £300 million therefore we shouldn’t do it.” The cut, he predicts, will be phased in over a number of years. That said, he does not see it as a “panacea”.

To look at the broader picture, lower corporation tax should attract more inward investment which in turn grows the local supply chain. People working in multi-nationals will also take up that knowledge when they leave the organisation, creating a “virtuous knowledge cycle”.

Local businesses will require support with job creation and recruitment i.e. how to get the right people and how to link into the work of universities.

“It’s much easier for Deloitte to take in x number of graduates and have a structured training programme for all of those graduates,” Roberts explains, whereas it is “much more difficult for a smaller organisation” that decides “to take on one graduate in the hope that something might happen and that it might work out.”

The province’s insularity must also be overcome. Despite the ongoing programmes and trade missions to encourage export growth, many small businesses have a culture of focusing solely on Northern Ireland.

“It just seems to be a fact that they’re set up as a ‘lifestyle business’. There isn’t the thought among enough people to say: ‘I’d like to take this business from here to here,’ the second here being a much bigger organisation.”

Every other UK region, he notes, has a “fairly standard curve of size of business” i.e. balanced shares of SMEs and larger enterprises. More Northern Ireland businesspeople therefore need to bring their companies up to the point of employing 500 people. 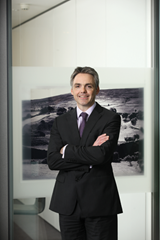 Roberts, a tax partner, finds that the biggest personal challenge in moving to leading Deloitte’s Belfast office has been “trying to keep on top of all of the different service offerings that we have across the piece.” He is “now more than ever finding that we need to be fully aware of what we offer across audit, corporate finance and consulting. That sounds like three other divisions but each of those divisions has any number of sub- divisions.”

The greatest change in his 10 years with Deloitte has been tighter regulation on the back of financial scandals across the Atlantic, the resulting intervention by the US Securities and Exchange Commission and the Sarbanes-Oxley Act.

“I don’t think that process has finished, even though we haven’t had any significant new legislation for quite a while,” he comments. “There is an ongoing debate about what else can an audit firm do? What other services can it provide to its audit clients?”

Glenn “fell into accountancy” after achieving a first class honours in pure and applied maths at Queen’s University Belfast: “Literally, it wasn’t a career plan. I think I thought I was quite numerical.” Maths, he finds, teaches logical thought, which is “a great thing in any profession or any business.”

He trained in Belfast, worked in Glasgow and London and then moved back here. “Work just walked in the door” in London during the ‘dotcom boom’. The typical company came in a “package of three”: somebody who had the idea, the “sums and numbers” man and the lawyer.

Married with three children (aged seven, 13 and 16), he hails from Belfast and enjoys golf, the cinema and watching his children play soccer. He is currently “re-learning O-level maths” as he helps out with GCSE revision.