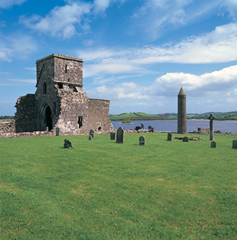 Northern Ireland will receive £4.4 million of the UK Government’s £530 million Broadband Investment Fund but an MLA claims that much more action is needed to reach into rural areas.

The money will be used by the Executive to help extend high speed broadband. The Department for Culture, Media and Sport (DCMS) also expects the Executive to match the package, bringing funds up to £8.8 million.

One hundred per cent broadband access in Northern Ireland (at a minimum of 512 Kbps) was announced in January 2006, although some customers could only receive this by satellite rather than the conventional telephone line. Around 420,000 broadband connections have now been made; approximately 1,000 customers still use the satellite service.

At present, 97 per cent of the province’s homes and businesses can receive superfast broadband (i.e. 24 Mbps or more).

Northern Ireland’s allocation is 0.8 per cent of the total package. If the funding matched its population share (2.9 per cent), it would rise to £15.4 million. However, Westminster decided to share out the funding according to need i.e. the cost of taking of taking superfast broadband to premises that would not receive it from the market alone.

The Government is also considering holding a pilot in Northern Ireland to explore how to take superfast broadband to all homes and businesses. Pilots are already operating in the English and Scottish countryside and each one is worth £5-10 million. It is not yet clear when this announcement will be made.

Its UK-wide aims are:

• creating the best superfast broadband network in Europe by 2015;

• 90 per cent of homes and businesses in each local authority area having access to superfast broadband; and

“Our investment will help provide everyone with decent broadband access and ensure no-one is left behind in the digital age,” said Culture Secretary Jeremy Hunt.

However, Fermanagh and South Tyrone MLA Phil Flanagan is sceptical. The Sinn Féin representative told agendaNi that at least £30 million was needed to provide broadband over 2 Mbps for all residents. Wales, he pointed out, was “similarly sparsely populated” and received £56.9 million: “We are a very rural population here. We need to be looked at in that light.”

In response, a DCMS spokesman emphasised that Northern Ireland is already ahead of other regions and repeated that funding was allocated by need. “In some remote areas, it will cost more to reach households than in others,” he commented. “We have calculated the size of the problem in each area and how much it will cost to fix it. The allocations are based on that calculation.”

DETI already has a separate Northern Ireland Broadband Fund, which was worth £1.9 million when it was launched in August 2008. The fund supports trials run by telecoms companies and covers up to 35 per cent of a project’s costs. Its sixth round (for £500,000) closed for applications on 12 August and the resulting projects must be completed by 31 March 2012.

Separately in July, Ofcom reduced the prices that BT Wholesale can charge internet service providers in areas where there is currently little or no competition, including most parts of Northern Ireland. The reduction, for consumers, will be 11 per cent below inflation per year.

The charge controls came into effect in August and apply until 31 March 2014. ADSL 2+ technology is exempted, to encourage BT to invest in this technology.