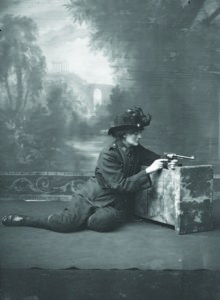 The Representation of the People Act, also known as the Fourth Reform Act, was a piece of legislation which reformed the electoral system in Britain and Ireland, most famously extending the franchise to women for the first time. February 2018 marks the centenary of its passage.

During a functionality test of the Boundary Commission site, Press Association journalist David Young screenshotted an image of a map titled ‘2018 revised proposals’, providing an early glimpse of the revisions.

A subsequent letter issued by Eamonn McConville, Secretary to the Boundary Commission, confirmed that the Commission intended to publish its Revised Proposals Report on 30 January, outlining revisions to constituency boundaries and names for public consultation.

The most recent report acknowledges a general consensus that the Boundary Commission’s proposals should be “less radical”. While arguing that the requirement to reduce the total constituencies in Northern Ireland from 18 to 17, a tighter quota range and new ward boundaries made significant changes unavoidable, alternative proposals submitted to the Commission evidenced the viability of fewer changes. 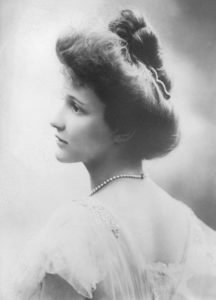 Most significantly, all four Belfast seats may be retained, having been previously earmarked for a reduction to three. Likewise, each of the six new constituencies contained in the provisional proposals appear to have been axed. Instead, the most recent permutation of the boundaries indicates that Lagan Valley, Londonderry East and Strangford should be abolished and replaced with new Causeway and Down Mid constituencies.

Under the latest proposals, constituencies will be impacted as follows.

• Antrim East – gains the Ballyclare area of Antrim South while a portion of the constituency is lost to Antrim North and the new Causeway constituency.

• Antrim North – most northerly region is lost to the new Causeway constituency and gains segments of Antrim East and Antrim South.

• Down North – gains from Strangford.

• Down South – gains from Newry and Armagh, Strangford and Upper Bann, with losses to the new Down Mid constituency.

• Fermanagh and South Tyrone – gains from Mid Ulster and losses to Newry and Mourne, and Upper Bann.

• Newry and Armagh – losses to Upper Bann and gains from Fermanagh and South Tyrone.

• Tyrone West – losses to Foyle and gains from Londonderry East.

• Upper Bann – losses to Fermanagh and South Tyrone, and Newry and Armagh, with gains from Down Mid and Down South.

• Lagan Valley – most significant portion lost to Belfast South, northern portion, including Lisburn, lost to Antrim South and the remainder lost to Down Mid.

• Strangford – eastern half lost to Down North and the remainder of the constituency area divided between Belfast South and the new Mid Down constituency.

• Down Mid – consists of western half of Strangford alongside parts of Down South and Upper Bann.

In an apparent volte-face, the Boundary Commission has sought to ensure the geographical integrity of the existing 18 constituencies as opposed to adapting to local government area boundaries. As a result, changes appear to be rather minor in 13 constituencies, while in the remaining five they are severe.

Within days of a stunning victory in the 2015 general election, David Cameron’s Tory Party moved to ensure that a UK-wide constituency boundary review became a priority. In 2016, the review was tasked with reducing the overall number of MPs from 650 to 600, with a one seat reduction in Northern Ireland.

The revised proposals comprise a reduced number of total changes ensuring that a total of 84.6 per cent of electors are unmoved, close to the figures under the models submitted by both the DUP and the UUP.

In terms of integrity of natural hinterlands and local identities, the Commission recognised the need to avoid positioning rural towns on the extremities of constituencies, particularly in relation to Ballymena, Ballymoney, Coleraine and Dungannon. While the geographic settlement patterns of Northern Ireland mean that this is a difficult task, with reference to consultation responses, the Commission concedes that the retention of hinterlands is significantly improved in the revised proposals.

On Belfast, the Commission outlines that the quality of submissions made during the first consultation process combined to present a credible case for maintaining all four constituencies. In testing a new four-seat model, the Boundary Commission has found that it would “respect existing boundaries more comprehensively not only in the Belfast area but also across Northern Ireland”, producing less disruption among electors. In terms of names and designations, the Commission recommends designating only the Belfast constituencies as borough constituencies (the practical effect relating to allowable expenses for candidates during elections).

The main changes contained within the revised proposals, when compared with the provisional proposals as listed by the Boundary Commission are as follows:

• the engagement of Rule 7, which allows the Commission to define constituencies with electorates which vary by more than 5 per cent form the quote under certain conditions;

• Belfast retains four constituencies, with the inclusion of Dundonald, Glengormley, Newtownbreda and Carryduff;

• Fermanagh and South Tyrone remains as it currently is aside from changes to accommodate new ward boundaries;

• an overall greater level of alignment with existing constituency boundaries;

• the retention of hinterlands for rural towns; and

• Glengormley remains largely within one constituency.

The eight-week consultation closes on 26 March 2018 and written representations can be made either online, by email or by post. At the conclusion of the revised proposals consultation, the Boundary Commission will consider the representations, make its final adjustments and produce final recommendations before submission to Secretary of State Karen Bradley in September 2018.