Prime Minister Boris Johnson has taken the relatively rare step of appointing an unelected member to his reshuffled cabinet.

A former Education Secretary, Morgan held the Culture portfolio under Johnson’s Government prior to the election but announced in October that she was not going to contest her Loughborough seat, highlighting “the abuse for doing the job of a modern MP” as one of the reasons for her decision.

In what Labour MP Chris Bryant has criticised as “two fingers up to democracy”, Morgan has been made a Conservative peer in order to facilitate her taking the post.

Whilst it is not completely unique to appoint a House of Lord peer to a senior cabinet position, making an unelected person a member of the House of Lords to facilitate a cabinet seat is relatively rare, particularly in recent times.

In theory, a government minister does not have to be a member of either House of Parliament. However, convention states that ministers must be members of either the House of Commons or House of Lords in order to be accountable to Parliament.

In 2009, former Prime Minister John Major was one of those who suggested the possibility of appointing a small number of non-parliamentary ministers, answerable to Parliament without being members of either house. However, Morgan’s peerage to keep her place in the Cabinet is the closest that any Prime Minister has come to a non-elected cabinet minister.

Margaret Thatcher, Tony Blair and Gordon Brown all utilised membership of the Lords in selecting their Cabinets. However, not including Lord Chancellors or Leaders of the House of Lords, neither David Cameron of Theresa May had members of the Lords in their recent Cabinets.

In 2010, the Public Administration Select Committee (PASC’s) report ‘Goats and Tsars: ministerial and other appointments from outside Parliament’ detailed how by the mid-1960s, it had become the norm for an incoming Prime Minister to recruit only the Leader of the House of Lords and the Lord Chancellor from the House of Lords into his or her Cabinet.

Tony Blair’s Government became the first government to have two secretaries of states based in the House of Lords at the same time since the 1950s.

Gordon Brown’s intentions to “reach out beyond narrow party interest” and “build a government that uses all the talents” brought some concern around the amount of peerages created in order to place ministers in Parliament.

He appointed 11 people to be life peers so that they could serve as ministers or advisor’s to Government.

The PASC’s report in to the matter suggested that ministers appointed to the House of Lords should be required to resign their seats after they leave government, however, this has not been enforced.

Accountability has been a major source of contention when such appointments are made. When Gordon Brown appointed Peter Mandelson and Andrew Adonis as departmental secretaries of state, backbenchers had no means to directly question the ministers.

In 2010, the House of Lords introduced a new procedure that allowed oral questions to departmental ministers in the Chamber.

Morgan’s appointment is likely to add further fuel to the argument over whether the UK should retain an unelected house. Given that she was previously willing to remove herself from the position, it appears likely that under a major reshuffle by Johnson, earmarked for early in 2020, the former MP has been given assurances of a reformed or different portfolio. 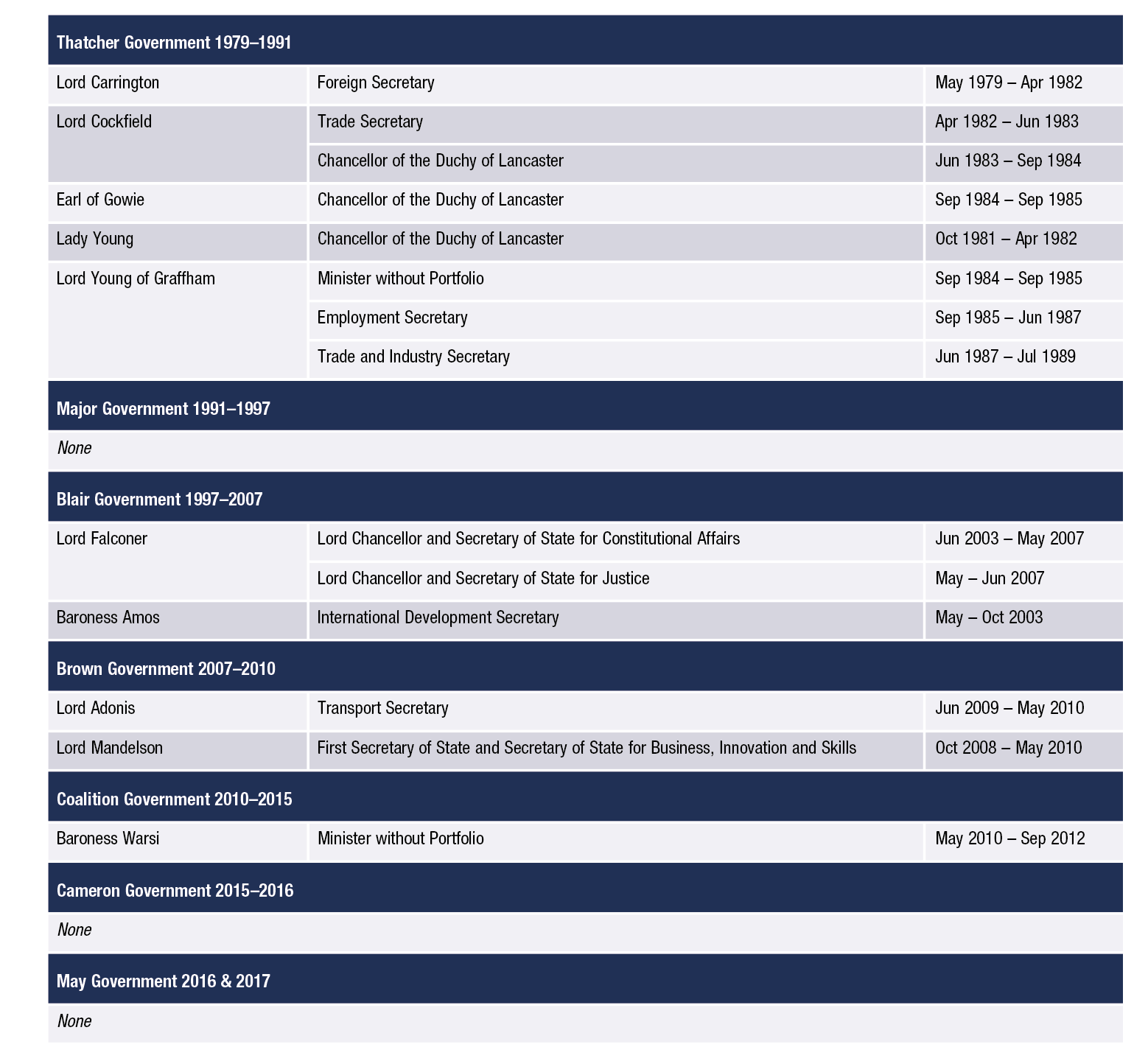