The cracks are opening up in social care and the time to act is now, writes Pauline Shepherd, Chief Executive of Independent Health and Care Providers.

Winter is the season most dreaded by those of us working in health and social care.

It is a time of year where the cracks in our over-stretched service open up and whenever the temperature drops and seasonal illness strikes, we fear that this time we will be completely overwhelmed.

The independent health care sector forms the bedrock of health and social care in Northern Ireland. We have been warning for more than a decade that urgent action is required to shore this bedrock up.

Not only has this not happened but other factors are now in play which deepen the crisis even further.

At the heart of all this are acute staff shortages which are severely limiting our ability to function.

Around 24,000 people receive care in their homes every week, 68 per cent of this work is undertaken by the independent sector (the equivalent of 170,000 hours).

We therefore help tens of thousands of people to either live independently or else care for them in residential settings who otherwise might be hospitalised. Without the services we provide state provision would not be able to cope and hospitals, already seriously stressed, would be completely overwhelmed.

These services require a lot of staff — around 30,000 in total. But there are now significant unfilled vacancies across the social care sector, varying between 3.5 per cent and 7.5 per cent. This is likely to accelerate. The turnover rate across the UK is 28 per cent, meaning that more than a quarter of all staff leave their posts every year.

These shortages are already having an adverse impact, not just on service users and their families who need our support, but also directly on health services at significant cost.

For example, many people, especially older patients, who are ready to be discharged from hospital have to stay there because staff shortages in the independent sector means the care package they need cannot be provided. They therefore have to remain in a hospital bed until this is resolved. This blocks beds required by others, adding to waiting lists and delayed discharges cost more than £50,000 a day, a figure which is set to rise further.

The critical shortages for our members are for both nurses and care workers. Several factors have caused this.

The nursing population in Northern Ireland is ageing. Half of all nurses are within 10 years of being eligible for early retirement. The failure to anticipate this and plan for it marks a failure of workforce planning for which there is no quick fix, it takes time to train new nurses and the crisis is already upon us.

As a consequence, our members now have a high dependency on agency staff which makes care much more expensive to provide. The shortage makes local recruitment very challenging, so the increasing number of vacancies become harder and harder to fill.

This is exacerbated still further by the fact that nurses get paid less in Northern Ireland than in other parts of the UK, which also have nursing shortages. This does not just mean that we are less likely to attract staff from elsewhere, but also more vulnerable to losing those we do, either to agencies or other parts of the UK.

Brexit is making an already challenging situation far worse. Health and social care has always been heavily dependent on attracting talent from overseas. The number of non UK Europeans working in social care across the UK rose by 40 per cent between 2010–2013. Today they account for around 7 per cent of the entire workforce. Yet nurses from other European countries are leaving the UK in droves. There was an increase of 67 per cent leaving the UK registry last year and there’s been an 89 per cent drop in new recruits from other European countries.

This is exacerbated still further in Northern Ireland for nurses because of the lower levels of pay — and also for other health workers. This year the UK minimum wage is at £8.21 for workers over 25 years. In the Republic of Ireland it is higher at €9.80, a difference exacerbated by a falling sterling. This makes recruitment difficult, especially in border areas. It is imperative that the new Westminster government raises the minimum wage to at least level the playing field.

Furthermore, UK government policy for immigration post-Brexit is designed to attract skilled workers and prevent those unskilled from working in the UK. But the policy sets a threshold of £30,000 per annum salary, thus measuring applications on pay, not skills. This excludes care workers. They are skilled and do extremely valuable work, but their salaries average around £16,000 per annum. Social care workers must be exempted from any new rules if our services are to survive.

At the heart of the workforce shortage is remuneration. The ihcp believes that both nurses and care workers should be paid at a level that reflects both their skills and the value that they bring.

However, this is not in our gift because of the way that the commissioning process works.

Our services are paid for by the Health and Social Care Trusts — and as they continue to grapple with tightening budgets, social care has been squeezed. They have not taken account of inflation or rising costs when drawing up contracts for providers. The recent expert panel review into adult social care ‘Power to the People’ clearly exposed this. It concluded that the system run by the Trusts is not fit for purpose and produces a “race to the bottom”.

The result of this has been spiralling staff problems for providers of care – low pay, a lack of investment in professional development and a high turnover of workers. Little wonder when highly-skilled staff who provide loving care for vulnerable people could command the same salary stacking shelves in a supermarket.

This needs to be ended. We need to ensure that the Trust pay providers the true cost of care, building into that the principle that care workers are highly skilled and do extremely valuable work and that should be reflected in their pay. 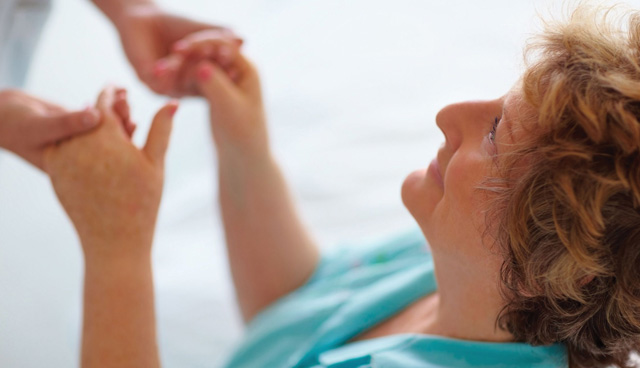 “Recognising the importance of nurses and health workers, and paying them appropriately is the only sustainable solution to the workforce crisis.”

Recognising the importance of nurses and health workers, and paying them appropriately is the only sustainable solution to the workforce crisis. It will cost more, there’s no disguising that, but there is clear evidence that taxpayers cherish our health and social care system and are quite prepared to pay a little more to support it.

There is really no option, because the alternative is unthinkable.

ihcp is the representative body in Northern Ireland for independent providers of care services for older and other vulnerable people. This includes charity, church-affiliated, private and not-for profit organisations. The services provided include both care at home (often called domiciliary care) and residential accommodation (including nursing care beds).