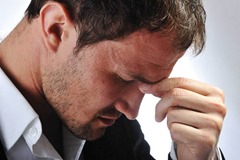 Policy proposals in Scotland and the Republic have identified training, responsible media reporting and a major increase in preventative funding as potential ways to reduce suicide.

Northern Ireland’s immediate neighbours have traditionally experienced high rates of suicide but, in recent years, they have also generated new thinking about the problem.

Scotland’s Choose Life action plan was published in 2002 and has contributed to an 18 per cent reduction in suicide over the following ten years. Training and raising awareness have been highlighted as key priorities.

Each local authority is expected to produce (and update) its own suicide prevention action plan, which is backed up by a dedicated local budget. Most of them also have a Choose Life co-ordinator to deliver training, run awareness campaigns and work with local voluntary groups.

NHS boards are expected to ensure that at least 50 per cent of their front-line, primary care and mental health staff are trained in suicide prevention. Police Scotland, the Scottish Prison Service and the universities also ensure that their staff attend training workshops and implement strategies.

A national media campaign – ‘Suicide. Don’t Hide it. Talk about it.’ – tackled stigma and encouraged people at risk to talk to someone as the first step towards getting help. The current campaign – ‘Read between the lines’ – calls on everyone to be alert to the warning signs of suicide in their friends, family and work colleagues. The message is that if a person is worried about someone else, asking them directly about their feelings can help to save their life.

NHS Scotland sees the media as having an “enormous responsibility” to deal with the issue in a “sensitive and thoughtful way.” Sensationalised reporting can lead to ‘copycat’ suicides and joint reporting guidelines have been drawn up with input from the National Union of Journalists.

While Scotland is making progress, the incidence of suicide in the Republic has almost doubled over the last 30 years and continues to rise. Fianna Fáil Senator Marc MacSharry has taken a close personal interest in the issue and helped to draft a detailed policy for his party in March 2013.

“It was shocking to find how inadequate current structure, policy and resources are in this area,” MacSharry said at the time. His proposals include a national 24-hour helpline; out-of-hours emergency social worker teams across the country; mandatory registration of counsellors and psychotherapists; and the phasing out alcohol advertising and sponsorship (especially where young people are the main audience).

The National Office for Suicide Prevention is currently part of the Health Service Executive but MacSharry wants to see it become independent with a ring-fenced budget.

He expected the full policy to cost €88 million per year (£71 million).

By comparison, the Republic’s current strategy is equivalent to £7.1 million per annum and Northern Ireland’s Protect Life policy receives around £3.2 million per year.

MacSharry appreciates that this is an ambitious sum but says that it could be financed by increasing off-sales alcohol duty by 7.5 per cent. The costs of suicide, in his view, are far greater than the current investment into tackling the problem. He contends that a major initial investment will result in considerable improvement and therefore reduce its human and financial costs in the long run.