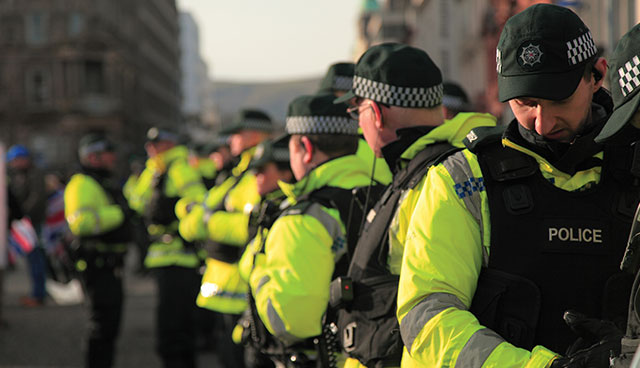 Queen’s University Belfast lecturer John Topping explores stop and search powers as the most prevalent form of adversarial contact between the public and the PSNI.

As a power originating in the 16th century under the reign of Henry VIII, the ability of the police to stop and search citizens about whom they have reasonable suspicion of criminal proclivity remains equally ubiquitous in 2018. Particularly within the context of policing in England and Wales, since the power was codified under the Police and Criminal Evidence Act 1984 (PACE), stop and search has remained as a controversial tactic with regards to the prevention and detection of crime. Forged in the cauldron of civil unrest during the 1980s, the Brixton Riots of 1981 acted as a watershed in terms of a recognised need to reform the infamous, discriminatory ‘SUS’ (stop under suspicion) laws. Fuelled by the politics of ‘moral panic’ around ‘mugging’, these enabled police to unduly interfere in the civil liberties of individuals in the name of ‘fighting crime’, as a precursor to the creation of PACE.

However, far from ameliorating the disproportional use of stop and search against (mainly) young black males, PACE has consistently been identified as a source of tension between police and communities for nearly 30 years. As a sentiment captured in the Scarman report of 1981 into the Brixton Riots, stop and search powers even in 2018 have continually failed to shed the fact that ‘whether justified or not, many… believe that the police routinely abuse their powers… The belief here is as important as the fact’ (Scarman, 1981).

With both scale of use and disproportional focus of the power upon black and minority ethnic (BME) communities identified by Theresa May during her time as Home Secretary, policy changes have effected dramatic drops in the use of stop and search from a peak of 1.3 million in 2010/11 to approximately 350,000. This is a deliberative shift in police practice, recognising both the harmful and ineffective nature of the power.

Yet in terms of Northern Ireland, relatively little attention – either policy or academic – has been devoted to stop and search, with the exception of terrorist-related powers over the same period. Setting security powers aside for a moment, the Police Service of Northern Ireland (PSNI) enjoy virtually identical PACE powers to their English colleagues under the Police and Criminal Evidence (Northern Ireland) Order 1989. Therefore, an initial, and obvious question with regard to stop and search rests with the issue of ‘how much’, or simple volume of use between the jurisdictions. From a criminological perspective, rather than dealing in absolute figures, the most robust comparative approach is proportionally per 1,000 of population.

As a small caveat in terms of comparison, it is necessary to note that for England and Wales, approximately 99 per cent of all stop and search powers are conducted under PACE-type ‘normal’ powers. However, for Northern Ireland due to the exigencies of the ‘severe’ terrorist threat, approximately
71 per cent of stops are conducted under PACE-type powers, with the remainder under the Justice and Security (Northern Ireland) Act 2007 (JSA). But when looking at overall levels, for 2016/17 stop and search in England and Wales runs at 5 per 1,000, while sitting at an average of 17 per 1,000 for the PSNI. With considerable variance across the PSNI’s 11 policing districts, stop and search rates are between two to five-and-a-half times the rate of England and Wales in 10 out of their 11 districts. Even stripping away the JSA powers from the equation, PSNI are still conducting stop and search at an average rate of 13 per 1,000.

While stop and search statistics show us that the power has reduced significantly in England and Wales over the past five years, the PSNI’s use of PACE-type (or non-terror) powers has in fact increased by nearly 75 per cent since 2004/5. Thus, is raises questions as to what in fact is driving such persistent and expansive use of the power. Yet, aside from scale of use, another pressing issue seldom courting concern is with regard to effectiveness. As a blunt, if standard metric, arrest rates remain as a common denominator of comparison. With stop and search arrest rates for 2016/17 averaging 17 per cent for England and Wales, it is of note that the overall arrest rate for PSNI remains at 6 per cent, having declined from 8 per cent over the past three years. It is also significant that every one of the PSNI’s 11 districts has an arrest of below that of England and Wales, the highest for 2016/17 at 9 per cent in Belfast City; and the lowest rates in Derry and Strabane, Newry, Mourne and Down, and Mid and East Antrim, all at just over 3 per cent. Again, to differentiate PACE from JSA powers for the PSNI, while available figures for districts combine both PACE and JSA powers, it is of note that the current arrest rate for JSA itself sits at below 1 per cent. Questions as to why the power has such a low ‘hit rates’ for the PSNI should be seen therefore, as a pressing policy issue for the organisation. 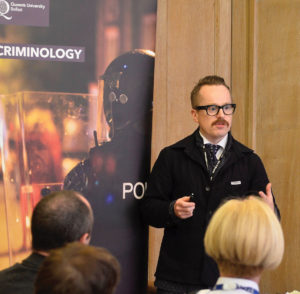 “Again research over the past decade points to the fact it is socio-economically deprived young males who shoulder the disproportionate weight of police attention.”

With figures around the PSNI’s use of PACE-type stop and search pointing to an elevated use and poorer outcomes compared to England and Wales, it is a moot criminological point about ‘how much’ could or should be undertaken in a particular area; or what the ‘ideal’ arrest rate should be. However, in terms of what is known about the power, virtually all available criminological evidence points to fact it has an overall net negative effect in terms of relations with the socio-economically deprived communities in which it is mainly concentrated. And for a number of entire crime categories, including burglary, robbery, theft, vehicle crime, criminal damage and domestic abuse, stop and search has no statistically significant effect or impact. Even in regard to the much-debated issue of knife crime for England and Wales, research demonstrates that ‘more’ stop and search does not neatly equate to ‘less’ crime.

For Northern Ireland, while the PSNI does not release stop and search data to any finer degree of granularity than district level to determine exactly ‘where’ the power is used, again research over the past decade points to the fact it is socio-economically deprived young males who shoulder the disproportionate weight of such police attention. But very prominently from PSNI data, between 2010/11 and 2016/17, over 28,000 children (under 18s) have been subject to stop and search. In particular, male children aged from 15 to 17 are being stopped and searched at rate of 96 per 1,000, or approximately five times proportional to population. And with the data around stop and search against children only publicly available in the past year, debates with regard to the UN Convention on the Rights of the Child (as built into PSNI’s PACE Code of Practice), equality issues related to Section 75 of the Northern Ireland ACT 1998 and the PSNI’s own Code of Ethics around disproportional use of powers, are yet to be had.

In general, while statistical accounts of the PSNI’s use of stop and search will continue to be contested, the missing piece of the debate relates to consideration of the negative social costs related to the power. With evidence pointing to the destructive and toxic effect on community relations with police; and knowing that it is a generally ineffective power in either detecting or preventing crime, it is no surprise that police in each Scotland, England and Wales have scaled back use of the power in recognition of this fact. If a costed business case was made for the PSNI’s use of stop and search, taking the 246,000 PACE-type uses of the power between 2010/11 and 2016/17, this works out at approximately 131,450 hours of officer time (or £5.7 million of commercially costed constable time), of which £5.1 million has been spent failing to detect any crime. The question for the PSNI therefore, is not whether they should consider change and reform to stop and search, but when; and whether the same crime-fighting ends could be achieved by more pro-social and effective means.