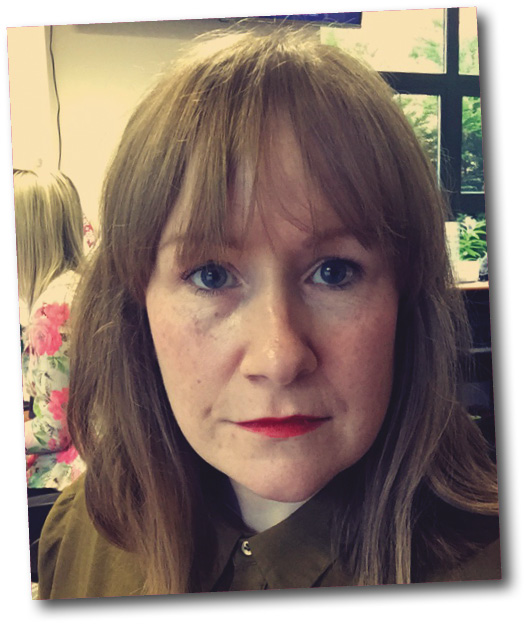 Shauna Corr is a journalist with Belfast Live and the Daily Mirror having previously written for Johnston Press, Mid Ulster Mail and Tyrone Times, Irish News and the Belfast Telegraph. She also serves as a press officer for Lough Neagh Rescue.

How did you get into journalism?

It was very much by accident. I studied English Literature at the University of Salford because I like reading and wasn’t really sure what else to do. While there I started writing for the student newspaper, Student Direct, as I thought I might enjoy it. Then in my final year ran for the sabbatical position that made me editor and loved every minute of it.

From there, I worked for a now defunct Sunday paper in Manchester before taking off on my travels. On returning to Northern Ireland in 2011 I decided to get back to journalism because it’s the only job I have ever loved – and because I had never done it, studied for the NCTJ diploma at Belfast Met.

After that, I freelanced at just about every Belfast-based paper there is, before taking a staff position at the Mid Ulster Mail and Tyrone Times. I left there in May and now work with the very talented team at Belfast Live and Mirror NI, a dream come true really.

As you might suspect, there is no typical day in journalism. The basics of the job are the same, but no two stories are the same. Sometimes I’ll get a shout before work asking me to head to a crime scene, police press conference or an official event of some sort before coming into the office.

We work shifts at Belfast Live/Mirror NI, so Belfast is kept up to date for pretty much all of the waking day. Most days I will have interviews set up before I head in, other days I get into the office, catch up on what’s happening, take a peak through social media and from there the day can take on a life of its own.

Whatever I’m doing, it’s always riveting and I get to talk to a lot of different and very interesting people who are kind enough to let me share their stories.

Who would you identify as your role models in the industry and why?

Irish journalist Orla Guerin, who works for BBC News is absolutely fearless. I admire her tenacity, no messing attitude and the fact nothing seems to phase her.

I also really look up to Scottish Newsnight presenter Kirsty Wark. She’s warm, funny and has a great interview technique. She also doesn’t take any crap from the many politicians she has quizzed through the years. Both are an inspiring.

What is it about journalism that you enjoy?

The variation and the fact you never know what the day will bring! I love a bit of digging and following my hunches, for me this has led to stories that I think some Stormont departments and local councils would have rather I had left alone.

I see the job as a public service really, holding the establishment to account and uncovering the truth. I also see it as a great way to draw attention to and uncover issues people are facing every day. If I am really lucky, I get to make a real difference in the lives of those whose paths I cross.

What would you describe as your most notable story or project?

That’s a hard one, and I don’t think I could pick just one! I am proud of the features I put together after five days in Nairobi’s slums with Concern Worldwide – and hope they made a difference to the lives of those I met. 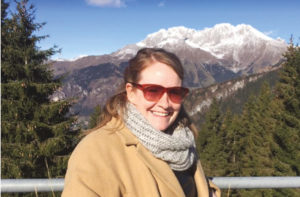 But I also enjoy getting my teeth into environmental/planning stories and was happy to shine a light on Lough Neagh sand extraction, a council-employed contractor dumping waste removed from a town’s streets without the proper waste exemptions and also a more recent story on the Derry Park and Ride that flooded. Although it was government-run, it had no planning permission.

How is journalism embracing the digital revolution?

With both hands at Belfast Live. It’s exciting that you can reach such a wide audience at the click of a button, but the industry is facing tough times and relies heavily on social mediums such as Facebook, Twitter, Instagram and SnapChat to reach out.

It’s not as straight forward as it once was but it’s exciting that we get to try out so many different platforms, each one brings something very unique to the table, and the fact we can deliver up to the minute news right into people’s hands has to be a plus.

What advice would you give anyone starting out in the profession?

Be prepared to work very hard. In this line of business, tenacity is key. You will hit brick walls constantly, but you have to be prepared to keep going no matter what.

What are your main interests outside of work?

I love roller derby, but have been off my skates for a while after tearing ligaments in my ankle in June. But that’s an itch I plan to start scratching again very soon. I also love the great outdoors and have been known to drag my nephews up a mountain or two. To keep fit I walk, run and swim. But travelling is the big one for me. I am grateful that my job can take me to far-flung places at times. But I try to get away with family and friends as often as I can. This year I spent a month on Australia’s Sunshine and Gold Coasts celebrating my little brother’s wedding with family.