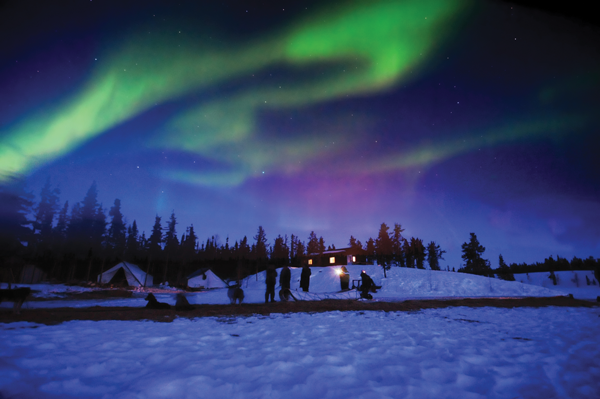 “Canadians are pleased that Northern Ireland has turned to the future and looked at a world where they are working together to accomplish their goals,” says Canadian High Commissioner Gordon Campbell during his first visit to the region.

Pointing to the potential tourism benefits from visiting golfers and Titanic Belfast, Campbell tells agendaNi: “There is a real interest in Northern Ireland and a sense of optimism about what can be achieved in the years ahead.”

Appointed as High Commissioner (equivalent to Ambassador) in September 2011, Campbell met the First and deputy First Ministers and visited Canadian companies Bombardier and Dalradian Resources during his visit.

It has been “a big change” from being Premier of British Colombia (from which he resigned in March 2011) to “trying to build relationships [and] interpret Canada to the United Kingdom.”

There are 2.5 million people living in Canada (out of a population of 34.7 million) with “direct connections” back to Northern Ireland. Waves of emigration in the 19th and early 20th centuries meant “the Irish came and helped us in a whole heap of ways [such as] building railways and institutions [as did] the Scottish, English, French and others.”

The “deep and nourishing” connection is “like to roots that nourish a tree: you don’t notice them as you walk down the street, but if they weren’t there, you wouldn’t have a very lively tree.” 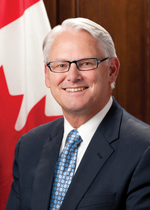 In terms of Canadian foreign policy, a trade agreement with the European Union is a top priority before the end of the year. Revitalising the trade agreement with South Korea and forming an agreement with India by 2013 are also on its agenda.
A trade agreement with the European Union would have benefits for Northern Ireland, he contends. “There will be literally billions of economic benefit, both to Europe and to Canada. You take out unnecessary costs, you make the economy far more effective, you make the movement of goods, labour and materials much more efficient and you complement one another.”
The world is “not going to be a world of win and lose. We have to work together to accomplish our goals,” he states.

Economic partnership Northern Ireland wants jobs, the High Commissioner continues, therefore “reducing trade barriers will increase potential investments for Canada here.” Bombardier is the largest foreign investor in Northern Ireland with 5,000 jobs. “The mining industry, the energy industry, the new technology industry: all of those thrive in an environment of open and fair trading,” Campbell adds.

“Economic partnerships” between the European Union, the United States and Mexico will be important going forward, Campbell states. These, along with the potential for economic trade with Asia (particularly China, Japan and South Korea) “all create a really important model for the way we can improve the quality of the lives of people all over the world.”

Canada will “play an important part in the world,” according to Campbell. Its “economic strength” has been recognised in the fact that none of its banks had to be bailed out by the Government and its AAA credit rating, he believes.

The country’s other foreign policy objective is to “be a positive voice in the world for human rights and democratisation [and] be seen as a positive and constructive ally in terms of security and defence.”

In terms of lessons that Northern Ireland could learn from Canada on dealing with division (e.g. between First Nation, Inuit and French Canadian), Campbell sees a very different situation to the one in the province.

“In Canada, there’s a sense of calm and purpose amongst everybody across the country. It’s very difficult to say: ‘Here’s what we did and here’s what happened here.’ I think the cultures are different. The histories are different.”

He adds: “We know that when people put their minds to it they can build a common cause, a common purpose and that raises the quality of life for everybody.”

Campbell was Premier when Vancouver hosted the Winter Olympics and Paralympics in 2010 and speaks enthusiastically about the experience.

“The Olympics is about aspiration, achievement and inspiration,” he states. “Athletes aspire. They work, they focus, they have teams of people behind them to get them up onto that podium. That also becomes an inspiration for people in ways we can never imagine,” he contends.

The Olympics brings a “spark” to the minds of young people, or entire communities, Campbell believes. “The spark that gets touched off [by the Olympic torch] has untold benefits in the long run,” he says.

Tourism is an “immediate benefit” for Northern Ireland. The province has an opportunity to say: “We’re right here now. Come visit us and then come back.”

The Olympics is also “one of the best business relationship opportunities Northern Ireland is going to have.”

Campbell cites the example of the Kootenay Knitting Company, a small knitting company in Salt Lake City, which decided to take advantage of the Winter Olympics, resulting in them tripling their employees and experiencing a substantial increases in sales.

“The importance of the Olympics is not where it is, but what it is,” the High Commissioner adds. “It gives all of us an opportunity to raise our game: from the teller in the bank, to the server in the restaurant, to the person at the airport, to the security people. It gives us all an opportunity to [ask]: ‘What would we do if we were doing the best we could do?’”

Overall, the “incredible sporting event” brings together “the entire human family, and, instead of doing what we do most days, which is focus on our differences, it focuses on our common goals.”

In order to “reinforce and revitalise the relationship” between Canada and the United Kingdom, Campbell intends to come back to Northern Ireland “on a regular basis”.