The Irish Government will hold a referendum on Fiscal Compact Treaty on 31 May. The treaty will require countries to limit their annual government deficits to 0.5 per cent of nominal GDP. Crucially, countries that do not ratify the treaty will not have access to future European bail-outs.

DUP MEP Diane Dodds has said that it is “tantamount to a gross erosion of national sovereignty.” The Irish vote “will be a test of the democratic process in the EU,” she claimed.

Jim Nicholson sits with the European Conservatives and Reformists. Its Chairman Martin Callanan has referred to the treaty as “a distraction from the real economic problems we face.” He stated: “The fiscal compact effectively renders socialist high-spending policies illegal. However, a nation’s economic destiny should be determined by the people through a ballot box, not political élites in a room in Brussels.”

The SDLP is supporting the Irish Government’s ‘yes’ campaign while “seeking strenuous negotiations to militate against unfettered austerity.”

A draft resolution on biodiversity, calling for the restoration of 30 per cent of damaged ecosystems by 2020, was adopted during the European Parliament’s April plenary session.

As the EU failed to meet its target of halting biodiversity loss by 2010, the preservation and restoration of ecosystems should be given a higher political priority, the resolution stated.

This would mean that biodiversity targets would be integrated into the Common Agricultural Policy and the Common Fisheries Policy, resulting in probable opposition from farmers and fishermen.

MEPs voted 409-226 to ratify the agreement initiated in November 2011 by the European Commission and the United States’ Department of Homeland Security (DHS) on the transfer of airline passenger name records (PNR) to the US.

PNR data is ‘de-personalised’ after six months and moved to a ‘dormant database’ after five years. It includes contact, seating, baggage, frequent flyer and payment information.

Data must be sent from air carriers’ databases to the US authorities through a ‘push’ system but the DHS will be able to ‘pull’ data in exceptional circumstances, such as the carrier having technical problems.

Dutch Liberal-Democrat Sophie in’t Veld is rapporteur for the European Parliament Committee on Civil Liberties, Justice and Home Affairs. She supported the data transfer but argued that the agreement, as it stands, is not in line with EU privacy and data protection laws. 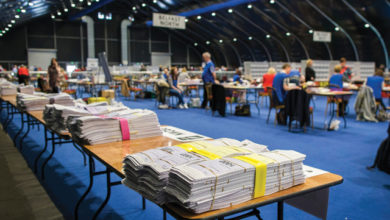