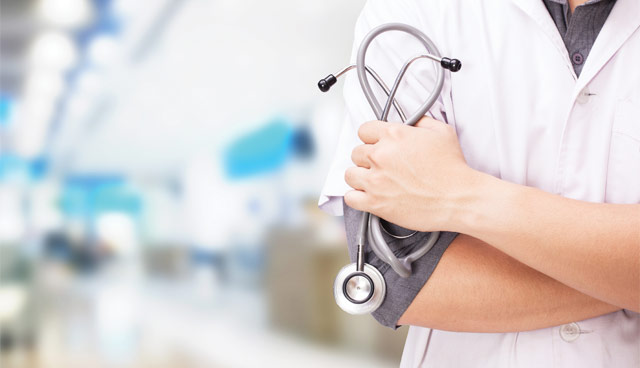 Government departments across Northern Ireland have operated in a political vacuum since January 2017, with many significant decisions on standby due to a lack of a functioning Executive. agendaNi outlines some of the key recent developments in the Department of Health.

2018 brought with it a series of challenges for the Department of Health. Whilst the Department’s decision-making abilities were significantly curtailed by the absence of a Stormont Executive and the lack of a sitting minister, budgetary cuts and ward closures led to increased hospital waiting times and a workforce struggling to operate under funding and resourcing constraints.

Indeed, resource limitation has joined a medley of problems facing the Department, including an extensive inquiry into hyponatraemia-related deaths, an investigation into allegations of abuse at Muckamore Hospital, a damning report by the Commissioner for Older People into care at Dunmurry Manor and an urgent review of emergency care provisions in Northern Ireland. The Department is also seeing the largest recall of patients in its history, with the cases of over 2,500 individuals under the care of consultant neurologist, Michael Watt, under review.

A High Court quashing of a civil service decision on the construction of the arc21 incinerator facility in Belfast brought into the public eye the hamstrung position of officials in the running of government. With Northern Ireland suspended in a state of political limbo, British Secretary of State, Karen Bradley, has advanced legislation which grants civil servants greater decision-making power on day-to-day issues, after two years of public frustration surrounding a lack of government ministers. Whilst Bradley’s extension of powers was welcomed by sections of Northern Ireland’s political and business community, elements of the civil service have expressed caution at the prospect of taking binding and politically contentious decisions, with Head of the Civil Service, David Sterling, warning that such a move must not undermine the impartiality of its staff.

Indeed, political stalemate at Stormont has left the Department of Health facing considerable challenges. Over two years since the publication of the 2016 Bengoa Report, the lack of a Stormont Assembly has slowed the implementation of 14 key recommendations aimed at transforming health and social care in the region. The vision places a strong emphasis on primary care and multi-disciplinary teams, including health visitors and district nurses. The recommendations, announced in a statement by former Health Minister, Michelle O’Neill, were formed with the aim of alleviating pressure on a health service which was already stretched to capacity – a pressure which has only worsened since the collapse of the institutions.

Other recent developments, however, have seen positive outcomes for healthcare staff, after the Department of Health made a formal offer to trade unions in respect of a pay deal ahead of the year 2018-19. The offer was based upon applying this year’s English NHS pay settlement to current rates of pay in Northern Ireland, representing a 3 per cent increase in salaries. The new pay deal, costed at approximately £60 million, comes as part of the Agenda for Change strategy and shall see a minimum rate of pay set at £16,943 and an increase to starting salaries across all bands. The Department is also in the process of reconsidering the pay awards of doctors and dentists in the same year.

Significant funding injections into services in west Belfast, Derry and Down have also been announced. The Department of Health has welcomed the roll-out of new Multi-Disciplinary Teams (MDT) across the districts, and shall include nine physiotherapists, a service manager, a project manager as well as an enhanced service by GPs, delivered at a number of surgeries. The latest phase shall see its initiation within the West Belfast GP Federation, before expanding to other areas of Northern Ireland as part of the health service’s ‘Health and Wellbeing 2026: Delivering Together’ strategy.

Further funding has been announced for community pharmacy programmes. The additional allocation of up to £11.1 million will be made available up to March 2020 and will be included in addition to the £104 million per year funding for 2018/19 and 2019/20. The injection of funds will address some of the immediate pressures currently faced by the community pharmacy network and support services for patients in social care and shall offer extra support for pharmacies in rural locations, including the launch of a Pharmacy First service.

Recent months have also seen a growing public campaign surrounding the usage of cannabis-based products in medicine, after recent frameworks and clinical guidelines were devised to “ensure that cannabis-based medicinal products can be prescribed safely and effectively to patients, while at the same time ensuring they are not misused”. Mirroring similar changes in England, Scotland and Wales, the latest changes in Northern Ireland come following a highly-publicised campaign led by parents of ill children, most notably in the case of Billy Caldwell, who became one of the first patients in Northern Ireland to receive permission to undergo the treatment. However, demand for the treatment has risen considerably over recent months – resulting in mounting pressure on the Department of Health to allow for greater flexibility around licensing for the medication.

Overarching many of the Department’s challenges over the coming months is the incoming winter season, traditionally a time of great pressure on Northern Ireland’s healthcare system. The approaching winter — anticipated by the Department to be an especially difficult period this year — has led healthcare staff to brace themselves for heightened patient numbers and significant pressure on the emergency services. It is believed that such difficulties will impact directly upon the region’s growing homeless population, with over 12,000 families registered as homeless in the previous year. A report commissioned by the Northern Ireland Audit Office found that homeless figures in Northern Ireland were disproportionate in comparison to the rest of the UK, with the same report concluding that the Northern Ireland Housing Executive could do little to demonstrate the impact of its work combatting homelessness.

The Department of Health has moved to address the issue in the establishment of a new ‘homeless hub’ in Belfast, which aims to support the health and social care needs of homeless people in the city. The hub will include physical and mental health care and addiction services for those sleeping rough or in hostel accommodation and will bring services out of the clinic setting and into the community. The initiative, managed by the Belfast HSC Trust works with the added goal of reducing reliance on hospital attendances whilst tackling the significant health inequality suffered by homeless people in Northern Ireland. It is anticipated that premises for the hub will be identified in early 2019.