Former Chief Planner and Director for the Built Environment with the Scottish Government Jim Mackinnon offers his observations of the Northern Ireland planning system and the challenges that remain five years after reform of the system.

Mackinnon retired from his role with the Scottish Government in 2012 but his work since has seen him act as Director of Planning for Belfast City Council for a short period during the transfer of powers, as well as undertaking reviews of planning services in Newry, Mourne and Down and Ards and North Down councils.

His work in Northern Ireland is extensive and dates back just under two decades when he was asked to be a “critical friend” to the board of the former Department of Environment (DoE) and give an assessment of Northern Ireland’s planning system. At the time he highlighted poor performance figures, low staff morale and a lack of trust between the development industry and the planning service, issues which he believes, to some extent, still exist today.

“There are people working in Northern Ireland who have worked in other systems in England and Scotland and in comparison, they have voiced concerns that the pace is glacial, the culture is not particularly service-user friendly and the performance figures speak for themselves,” he states.

“It’s disappointing because there are a lot of very good and motivated people within the planning system of Northern Ireland but there remain issues that drag down performance and contribute to low morale.”

Quizzed on why he believes improvements envisaged during the reform of the planning system and decentralisation of many of the planning powers from central government to Northern Ireland’s local authorities in 2015 have not addressed these challenges, Mackinnon says: “I think many of the planners found it difficult moving from central government, with relatively little political supervision, to a system where a councillor would walk in and expect to be updated, to lobby and potentially pressurise. Planners weren’t used to that and some weren’t comfortable with it.

“A lot of planners still take the view that their job was to implement policy but much of the policy in existence was that of the Department. It’s not always the case that the Department’s policy is supported by the individual council and its elected representatives.”

He adds: “I think the focus has been on policy and the purity of the process, rather than on outcomes. There is a nervousness about anything perceived as less than strict adherence to the process.”

Mackinnon believes that this nervousness is brought about by the nature of Northern Ireland as a “disputatious” and “litigious” region, where there appears to be a greater willingness to seek judicial review, and this adds a layer of caution to how planers carry out their work.

The former Chief Planner for the Scottish Government stresses that the faults of Northern Ireland’s planning system are not those of planners alone. He highlights ongoing issues with consultees in relation to failures to respond, late study requirements and advice changes as existing barriers to progress, while not all developers act in accordance with the advice they receive.

Similarly, he points to the existing poor IT system in relation to development management, which he says is not conducive to the efficient handling of planning applications. The Department of Infrastructure (DfI) and 10 of Northern Ireland’s local authorities recently awarded a contract for the delivery of a new regional planning IT system but the system is not set to be phased in until late 2021 to early 2022.

“I feel much sympathy for the planners, administrators and clerical staff who have to operate it,” he states. “It’s a real problem in terms of delivering greater efficiency.”

Mackinnon recognises a greater understanding by senior officials within many councils of the potential of planning when placed at the centre of their ambitions for development and regeneration. “Having leadership who recognise the potential of an efficient planning system and who support improvements is key,” he explains. “But planners must respond positively to that trust.”

My own view is that the term plan is a misnomer. What you get is a long report with some maps at the end, as opposed to writing to support an agreed vision.

In order to avoid many of the frustrations with the performance of the planning service which he says have been evident as local authorities look to develop and regenerate, Mackinnon believes there is a requirement for a move away from a “gold plated process” in planning.

One example he highlights, where improvements could deliver quick wins, is in the area of service standards. Mackinnon suggests the need for a holistic approach to service standards in planning, not just in terms of the turnaround time in dealing with planning applications but also in response time to telephone calls, letters and digital communications.

Turning to the local development plans (LDPs) currently being developed by all of Northern Ireland’s 11 local authorities, Mackinnon has concerns that the process appears slow and that plans, when adopted, will be forced to play catch up on changing scenarios within each local authority. He references the process of BMAP, which was developed as a concept back in 2000 as a critical element to investor confidence and local development plans, but which wasn’t formally adopted until 2015, only to face further legal challenges, as an example not to be followed.

Mackinnon has witnessed the volume of work that has gone in to producing the development plans but is critical of the form they take.

“My own view is that the term plan is a misnomer. What you get is a long report with some maps at the end, as opposed to writing to support an agreed vision.

“What happens with a long report is that the more you write, the more the lawyers can look over it and planners get more nervous. In relation to strategic environmental assessment, I know that Northern Ireland planners are nervous because of the delay, between 2004 to 2008, to delivering the Magherafelt Area Plan 2015.

“I also take the view that I think the Department’s guidance and legislation is too difficult, too demanding and requires a radical rethink. The DfI are not that heavily involved in local cases but there is still a perception that the Department knows best. That will change over time as people get more comfortable with the new system.”

Mackinnon is of the belief that while each local development plan will be unique to the needs of their area, a tendency remains with planners in Northern Ireland to feel bound by central government policy and advice, which means that they are not always sufficiently attuned to the needs of the local area.

“I’m not criticising the individuals involved but I think that the challenges that they face in getting these local development plans up to date is a difficult one and it’s not helped by the legislation and the guidance being given on what should be their form and content.”

Mackinnon is in favour of the development of more succinct plans, ensuring that the documents are easily readable, understandable and easier to update.

“I don’t think you should be writing documents which are biblical in proportion,” he adds. “Having a document which sets out clearly for all parties clear indication of areas where development and redevelopment can be progressed would be most beneficial.”

The former Chief Planner for the Scottish Government stresses the importance of the delivery of action plans to be placed within or support the local development plan vision.

“A lot of local development plans contain vague ambitions and aspirations,” he states. “You don’t disagree with the objectives but often lacking is that action plan setting out deliverable outcomes in a specific time frame. For instance, if the ambition is to improve environmental quality in Belfast city centre then you must set out how you are going to achieve that. It’s about operationalising the plan and taking broad laudable objectives forward by specific actions.

“I think there is a need to get that operational and business planning thinking into Northern Ireland’s planning service, and indeed, the wider public service.”

Mackinnon believes that current ambitions by the Department to deliver a regional infrastructure delivery plan will assist in this regard, focussing attention on specific aims.

As an aside, he believes that the delivery of local development plans would be assisted by the abolishment of public inquiries in this regard. Recognising that the suggestion is controversial and an anathema to some, he believes that the expense and time associated with public inquiries into local development plans outweighs their value.

“My view is that this should be left to the local authorities. It’s their policies and so theirs to adopt as they see fit. Understandably, some issues may arise in relation to national guidance and the Department might be required to intervene, but essentially it is a matter for the local authorities.”

I think there is a need to get that operational and business planning thinking into Northern Ireland’s planning service, and indeed, the wider public service.

Mackinnon references the Republic of Ireland where public inquiries into local development plans do not exist, mainly because of the strict legal requirement on local authorities to have plans up to date every six years.

“I think we need radical thinking on this because my guess is that we probably won’t see local development plans adopted until 2022, and some even later than that.”

Mackinnon also believes that detailed action plans will serve as the best support for the increasing recognition of planning’s role, both nationally and regionally, in addressing the climate crisis.

“Currently there remains a gap between rhetoric and implementation in this regard,” he suggests.

However, he also urges caution in regard to the current approach to sustainability: “Even more so of late with the pandemic, more and more people are discussing the environmental benefits of less traffic on the roads and greater numbers of people working from home. I think there are great opportunities in this, but I also recognise that in planning for this you potentially create a city centre denuded of office workers. The knock-on effect is the closure of services that support these workers and then the vibrant city centre that is aspired to doesn’t actually exist,” he says.

“What is required is a balance and in getting that balance right, planning has a major role. Most important will be the actions taken on the ground in this regard.”

Concluding, the former Chief Planner believes that a cultural change is required to improve Northern Ireland’s planning system, where greater recognition is given to the benefits of a collegiate approach to planning, rather than one which is top down. Pointing to recent figures which show that four of Northern Ireland’s 11 local councils did not meet the 15 week target to process local applications to decision or withdrawal, while at the same time the Department’s processing of major applications remains significantly above the 30 week target (52.8 weeks in 2019/2020), he says that the figures demonstrate that some of the criticisms being levelled at Northern Ireland’s planning system are soundly based and that what is required are urgent actions to find solutions to these existing problems. 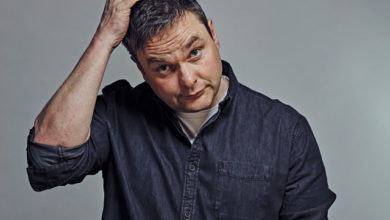 Declan Lawn: In the spotlight 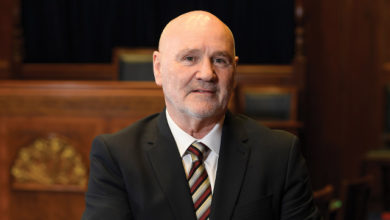 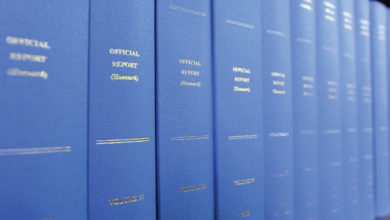 The workings of the Assembly 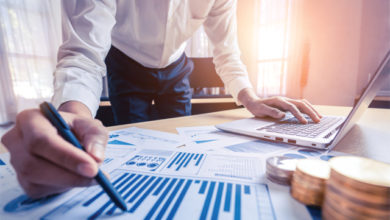