Northern Ireland Fiscal Council
Over recent decades more than 40 national and regional governments around the world have created permanent fiscal watchdogs to bring greater transparency and independent scrutiny to their public finances. Northern Ireland is now the latest to do so, writes Fiscal Council Chair Robert Chote.

The creation of the Northern Ireland Fiscal Council was mandated by the New Decade, New Approach (NDNA) agreement between London and Dublin last year and formally launched by the Executive in April. I am delighted to have been asked to be its first Chair and to be joined by three distinguished fellow members with a wide range of experience and expertise: the independent economist Maureen O’Reilly, Esmond Birnie of Ulster University, and Alan Barrett of the Economic and Social Research Institute in Dublin.

Fiscal Councils are tasked with providing non-partisan analysis of the current health and future prospects for governments’ finances and the impact that policy changes may have on them. But there is no one-size-fits-all model for bodies of this type and they vary a good deal from country to country. A Fiscal Council’s remit and structure has to reflect local circumstances and local needs and then adapt to changes in them.

The Fiscal Council will be a sub-national council, like its counterparts in Scotland, Ontario (Canada) and Victoria (Australia), scrutinising the finances of an Executive whose tax-raising and spending powers are currently relatively limited. It is not for the council to say whether or how these powers should be increased, the new Fiscal Commission will advise on that, as Paul Johnson describes below. But if the Executive does secure greater fiscal powers, the council will need to adapt just as the Scottish Fiscal Commission has done.

Our overarching mission is to inform public debate and policy decisions by shedding light on where the Executive gets its money from, where it goes and how these decisions are managed and legislated for. That includes looking at the influences and pressures that will come to bear over time, for example, because of the spending decisions taken by the UK Government or because of the cost pressures on health, the Executive’s biggest budget item. We are determined to do so independently and without fear or favour.

Based on the NDNA agreement, the terms of reference we have been given require us to report every year on “the Executive’s revenue streams and spending proposals and how these allow the Executive to balance their budget” and on “the sustainability of the Executive’s public finances, including the implications of spending policy and the effectiveness of long-term efficiency measures”. Alongside these and other publications, we hope to make our upcoming website a go-to destination for anyone looking for data and analysis on Northern Ireland’s finances.

But it is very early days. Our first task is to talk to the widest range of stakeholders who take an interest in these issues and ask them how best we can flesh out the mission and tasks we have been given to make a positive difference. We would be delighted to hear from anyone with suggestions. Our resources will of course be limited and we won’t be able to tick every item on everyone’s to-do-list.

I come to the Fiscal Council having spent 10 years as a journalist seeking information on government finances and more recently from chairing the UK’s Office for Budget Responsibility, the advisory panel of the Irish Parliamentary Budget Office and the OECD’s international network of fiscal watchdogs. I have seen first-hand the contribution such bodies can make, but each is a fresh experiment and we must learn and listen as we go along. I hope you will support us as we do.

Robert Chote is a former Chair of the UK Office for Budget Responsibility and Chair of the external advisory group of the Irish Parliamentary Budget Office. 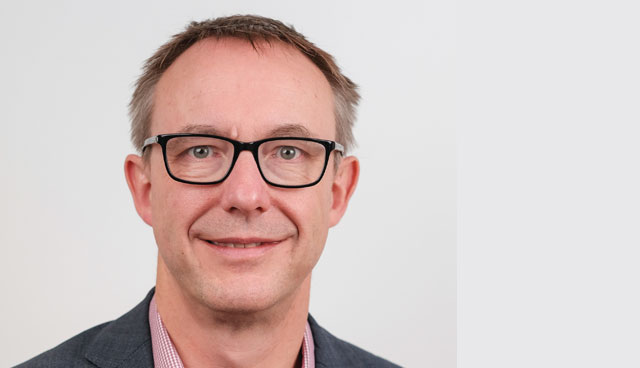 But it is also true that devolved government can evolve over time, assuming more or differing powers, if that is the will of devolved and national politicians and, by extension, those they represent.

The independent Fiscal Commission has been established to consider the case for increasing the fiscal powers of the Northern Ireland Assembly. That is, to consider the case for increasing those powers which the Assembly currently has to raise revenues to support local public services; to reduce or reform taxes to increase net incomes of selected groups; or to improve incentives to work or invest. Ultimately, however, the decision on whether any additional powers are actually devolved, and indeed exercised, must be for political representatives both local and national.

I am delighted to have been asked to lead this important task by the Finance Minister, Conor Murphy MLA, and to be expertly supported by Cathy Gormley-Heenan, former deputy Vice Chancellor of the Ulster University; Iain McLean, Emeritus Professor of Politics at Oxford University; and Lisa Wilson, Senior Economist at the Nevin Economic Research Institute.

It will be the Fiscal Commission’s job to provide evidence-based and wholly independent advice on options for the possible devolution of taxes from Westminster. Which taxes are most appropriate for devolution? What would be the costs and benefits of doing so? As part of this, we will also consider the need for additional budgetary tools to manage any increased financial powers and indeed risks.

Devolving taxes and gaining greater financial control comes with added responsibility. It is essential that the institutions which deploy those powers are able to do so effectively and that they are accountable for their choices. That is why it is important that organisations such as the Fiscal Council, established alongside the Fiscal Commission and led by Robert Chote, is able to perform its role in assessing where the Executive gets its taxpayer funding and how well it spends it.

The Fiscal Commission will put forward proposals that are realistically implementable within the context of Northern Ireland. We will draw from the experience of Scotland and Wales, what has worked well, and where challenges have been encountered in those administrations, as they embarked on their own fiscal devolution journeys.

We will be looking at the potential costs and realistic timescales of any new powers proposed. We will also be considering whether and how the spending power of the Northern Ireland block grant could be insulated from volatilities in tax revenues if more powers were to be devolved.

Over the next year, my fellow commissioners and I will be actively engaging with stakeholders, carrying out research and digging deeper into specific issues. We want to hear what stakeholders have to say and we want to have honest and frank conversations about what the options are and any constraints that there may be. You can get more information and indeed provide us with your valuable views and insights via our website at: www.FiscalCommissionNI.org

Once we have completed our work, we will provide the Finance Minister with a detailed report including recommendations. It will be for a new Executive to decide on next steps.

This is an important opportunity to really help shape local policy moving forward and I am looking forward to engaging with as wide a range of people as possible to develop meaningful recommendations that will be of benefit to Northern Ireland. I hope the Fiscal Commission can count on your contribution.

Paul Johnson is the Director of the Institute for Fiscal Studies and is visiting professor in the Department of Economics at University College London.