The proposed fixed link between the North and Scotland has been variously described as “worth examining” by Taoiseach Leo Varadkar and a “very interesting idea” by British Prime Minister Boris Johnson. However, the suggestion has also been met with much derision, not least by civil engineers. John McKinley, a senior lecturer in QUB’s School of Natural and Built Environment, explores the suggestion.

Like a lot of major infrastructure proposals that start with politicians, a bridge or tunnel across the Irish Sea is feasible engineering, imaginative politics, but questionable economics. Governments in London, Dublin and Belfast have floated proposals for a fixed link between the island of Ireland and Great Britain regularly, seemingly about every 30 or 40 years, right back to the 1880s. Such a link between the two islands would be expected to provide social and economic benefits, and cost a considerable amount of money. Estimating both the costs and the benefits is a significant challenge in itself. Recently there has been talk about a bridge between Northern Ireland and Great Britain, mainly from the London government.

It is generally assumed that a fixed link would be a road connection. Frankly, if freight is the main concern the existing ferry service is much more efficient. What seems to be forgotten when these ideas are floated is the connecting infrastructure required for the supposed economic gains to be realised. The shortest distance between the two islands would connect the north coast of Northern Ireland with Kintyre in southern Scotland, but to reach the motorway network near Glasgow involves heading north up the peninsula to Loch Lomond and south again, so would require about 190km of new road. A somewhat wild guess based on £40 million per 1.6km for a motorway put the cost of that road at £5 billion in itself.

At the Northern Ireland end, a shorter connection would be needed, depending on location, so maybe another £2 billion. A more practical solution from a transport network point of view is further south, just north of Belfast to Portpatrick in Galloway – roughly following the route of the existing ferry service – requiring maybe half as much supporting road network upgrades.

For a bridge, the support piers are more or less equal in size to the largest ones that civil engineers have so far built on land but smaller than the supports for deep sea oil rigs, so it seems that this is work that could be done. That said, the Irish Sea has some ferocious storms, and would present a significant design challenge. For a tunnel, the underwater part would either be about three times the length of the Channel Tunnel from England to France or go about four times as deep. Again, technically feasible

Cost estimates at this stage would be highly speculative. Boris Johnston has indicated that his proposed bridge would cost about £15 billion, but it would be a foolish engineer who wanted to say that figure was any way reasonable. The Hong Kong to Zhuhai bridge, opened in 2018, cost $20 billion, about three times the estimated cost in 2009. At 55km long it is comparable to the distance from Northern Ireland to Portpatrick, but crosses much shallower water.

Indeed, even working up a cost estimate for such a challenging structure would probably involve throwing a lot of money at a good design firm. Further, large infrastructure projects are notoriously hard to accurately cost at the outset. Large infrastructure projects at sea or underground even more so. After all, we learned this week that the UK’s high speed rail link HS2 would probably cost three times its original estimate of £34 billion if completed. Again, there’s that threefold increase. So, is £15 billion reasonable for a bridge across the Irish Sea? I have no idea. I have no idea how that figure was arrived at. It might be reasonable, but so might £45 billion.

If it is hard to estimate the costs, it is much harder to quantify the benefits. Certainly, Northern Ireland is geographically isolated from the rest of the UK and there are social gains from a fixed link. On the other hand, post-Brexit, cementing closer connections between the populations and economies of our two major islands isn’t the direction of travel for the UK, so the proposal is really only about connecting Northern Ireland.

In contrast, connecting Dublin to Wales, while further but shallower than the route from Northern Ireland to Scotland, more obviously relates to population and economic centres, but is politically off the agenda. It does, however, provide a useful comparison as more discussion about that has taken place.

There was a debate on a Northern Ireland to Great Britain tunnel proposal in the UK’s House of Commons in 1956 that gives a good overview of the issues, mostly technical, but clearly the likely economic and practical benefits were disputed. In particular it was argued that a significant proportion of the traffic on a fixed link would simply be displaced from the existing ferry service, which was felt to operate well, without significant cost savings that would justify the construction and maintenance costs of the proposed link. I believe that would still be the case.

More importantly, the Irish Government did have a brief look in the 1980s at a tunnel between Dublin and Holyhead, which would have made a lot more sense at the time than a Northern Ireland to Scotland link in terms of geography, economics and population. The conclusion at the time was that this could cost about twice what the Britain to France Channel Tunnel had cost and would generate less than one-fifth of the economic benefit, so couldn’t be justified. The argument, and the conclusion, are today likely to be the same. 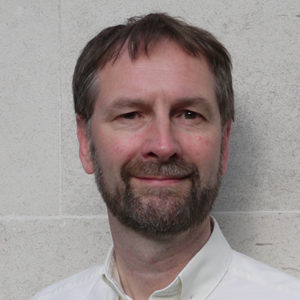