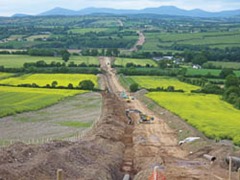 An update on the process for awarding the licence to extend Northern Ireland’s gas network.

The prospect of natural gas in parts of Fermanagh and Tyrone is closer to becoming a reality after the Utility Regulator announced its preferred applicants for the licences to extend the network westwards. The successful bidders – announced on 12 August – were Northern Ireland Energy Holdings (Mutual Energy Ltd) for high pressure supply and Scotia Gas Networks for low pressure supply. The reserve applicants are BGE UK (high pressure) and firmus (low pressure).

Customers are due to be connected in 2017-2018. The overall cost of the project is expected to exceed £200 million and the Executive has offered to contribute up to £32.5 million.

A consultation on the provisional conclusions – open to all interested parties – ended on 7 October.

Eight applications – four each for the high and low pressure licences – were received during the initial consultation between 6 February and 6 May this year. The decision was made by a three-member committee, acting on behalf of the regulator and comprising Chief Executive Jenny Pyper, Director of Gas Brian McHugh and then board member Harry McCracken.

3. the North West Pipeline (NWP) – from Carrickfergus to Coolkeeragh, owned by BGE Northern Ireland; and

Airtricity Gas Supply and firmus energy also serve the large industrial and commercial market in the ‘ten towns’ area. The small industrial, commercial and domestic market is currently supplied by firmus energy and will open to competition in April 2015.