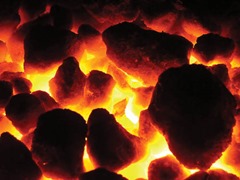 Under the current Northern Ireland Fuel Poverty Strategy published in 2011, the problem is defined as a household which “in order to maintain an acceptable level of temperature throughout the home, the occupants would have to spend more than 10 per cent of their income on all household fuel use”.

Northern Ireland has the highest prevalence of fuel poverty in the UK and one of the highest in the European Union, with the current official estimate indicating that 42 per cent of households are experiencing fuel poverty. This estimate has decreased from 44 per cent in 2009, meaning 14,000 fewer homes face the problem.

The Department for Social Development is proposing a new ‘achieving affordable warmth scheme’ which is currently out for consultation. The scheme is intended to be introduced in June 2014.

The current ‘warm homes scheme’ relies heavily on self-referral but evidence has suggested that householders most in need do not self-refer to schemes. The new scheme looks at targeting geographical areas. The pilot ran in 19 council areas in 2012 and surveyed 2,145 targeted homes while the fuel poverty average at the time was 42 per cent, it identified areas with an average of 78 per cent of homes in fuel poverty.

The scheme would involve the University of Ulster, Housing Executive and local councils. The university’s evaluation of the first pilot gave guidance on identifying those most in need:

• approximately 60 per cent of the houses needing most assistance are modest terraced or semi-detached homes;

• more than half of householders most in need are over 60 years old; and

• almost all of them rely on oil for their heating.

The fuel poverty strategy promised an evaluation of the current definition of fuel poverty. Minister Nelson McCausland views a 2011 report published by the University of Ulster defining fuel poverty in Northern Ireland as essential to helping the department target resources at those most in need.

It concluded that applying a revised calculation based on total energy costs, a core of 13 per cent of householders in Northern Ireland were in extreme fuel poverty. McCausland said: “Around 75,000 households are in severe fuel poverty by national standards. [This] is likely to lead to a public health concern since many of these people may be living in homes that are below minimum standards.” He also stated that “these households must become the primary focus of Northern Ireland’s fuel poverty strategy.”

That report found that of the 13 per cent of households in extreme fuel poverty, 33,000 households (44 per cent) need to spend more than 25 per cent of their income on heat and light in order to maintain an adequate standard.

McCausland said that whilst it is a benefit to identify the households most in need “it in no way dilutes the very real difficulties facing many other households across Northern Ireland.” He also observes that “the issue of fuel poverty is not one we can overcome overnight but something that will take time and innovative thinking to tackle.”