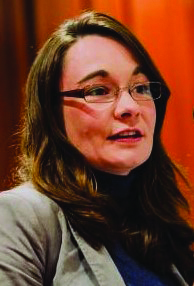 Political Sociologist of Queen’s University Belfast Katy Hayward explores what completion of phase one of the Brexit negotiations determines and outlines the various scenarios for the future of the Irish border during and after transition.

The Joint Report
The Joint Report of 8 December 2017 covered the three main issues covered in first phase of the Brexit negotiations, as determined by the EU’s Negotiating Directives. The section on Northern Ireland/Ireland contained information that was the most new and the most significant for the future shape of the UK-EU relationship. It was also the section that, of course, had prompted the concerns of Arlene Foster earlier that week.

The Joint Report makes it clear that the preferred outcome on both sides is for a UK-wide solution that avoids a hard border on the island of Ireland. This must not, however, be interpreted as scope for an ‘à la carte’ deal for the UK. Instead, the willingness on the part of the EU to find ‘flexible and imaginative’ solutions for Northern Ireland centres on a shared commitment to the peace process and upholding the 1998 Belfast Agreement.

The Agreement is interpreted in broad terms here, demonstrating the difficulty of unpicking the various strands that make up a process of ‘normalisation’ after conflict: economic, cultural, social and administrative threads naturally intermingle.

Future scenarios
So where does this leave us in terms of future scenarios for the goal of ‘avoiding a hard border’? Well, firstly, the most obvious means of securing this outcome has been definitively ruled out. The Joint Report acknowledges that the UK will not remain in the single market and it has no plans for a customs union with the EU.

Instead, the Joint Report sets out three broad scenarios for after the UK’s withdrawal from the EU. The first is the one that the UK has set as its overarching aim: a future UK/EU trade deal constructed in such a way as to allow for there to be no customs controls either down the Irish Sea or along the Irish border. The problem with this is that it is not possible to have a trade deal that manages to cover the full set of commitments that the UK has entered into in the Joint Report while leaving the customs union and the single market.

If a UK/EU trade deal cannot guarantee a frictionless border, we move into Scenario 2, in which the UK will ‘propose specific solutions to address the unique circumstances of the island of Ireland’. Although it does not offer any examples of ‘specific solutions’, subsequent paragraphs in the Joint Report assume that these solutions can be found and require that they include necessary oversight mechanisms to ensure that the integrity of the single market and customs union is preserved. The implicit understanding here is that these solutions will entail bespoke arrangements for Northern Ireland and thus further differentiation within the UK.

Scenario 3 is one in which there are no ‘agreed solutions’ for Northern Ireland. In which case, the UK has committed to ‘maintaining full alignment’ with ‘those rules of the Internal Market and the Customs Union which, now or in the future, support North-South cooperation, the all-island economy and the protection of the 1998 Agreement’.

“Let us be under no illusion: with the UK outside the single market and a customs union, there will be an unavoidable increase in border controls.”

In this case, the Joint Report promises ‘no new regulatory barriers’ within the UK, unless the Northern Ireland Executive and Assembly decide to put in place ‘distinct arrangements’ that may be necessary to uphold the 1998 Agreement.

Implications
What would be the likely administrative implications of the fulfilment of any of these scenarios? At the very least, Northern Ireland would need the relevant competences ‘repatriated’ from the EU level to be devolved to Stormont. Maintaining alignment through devolved responsibilities would require building technical and administrative capacity in Northern Ireland, and continued exercise of that responsibility by the Executive and Assembly. There would also have to be proper mechanisms by which the EU could be assured that regulatory alignment in Northern Ireland exists and remains rigorously enforced. Given the idiosyncrasies of Northern Ireland’s political administration, while this may be the most rational solution, it is certainly not the most straightforward.

There is, of course, one further, unspecified scenario: a ‘no deal’ outcome is still a possibility. This would mean that the UK and EU would be obliged to impose customs controls on movement of all goods, according to WTO rules, and ensure that duties are paid and collected for goods crossing the Irish border. This would mean a very hard border indeed, with severe and immediate consequences across myriad sectors on both sides of the border and Irish Sea.

The risk of a ‘no deal’ outcome is yet a live one (and contingency planning for this is ongoing), partly because of the complexity of the alternatives. Scenario 1 is most unlikely because, by definition, if the UK is not in ‘any’ customs union with the EU, customs supervision and controls will have to be in place at UK/EU borders. Scenario 2 is certainly possible – founded on existing differentiation and regulatory divergence within the UK – but politically sensitive. This leaves ‘full alignment’ – the option that carries least risk but which is still full of unknowns; it should not be interpreted as the continuation of the status quo.

Looking ahead
Let us be under no illusion: with the UK outside the single market and a customs union, there will be an unavoidable increase in border controls. What they are for, and how and where they occur will depend on the terms of the Withdrawal Agreement and the future UK-EU relationship. This is why the European Council is already working on giving legal effect to the Joint Report in the Withdrawal Agreement. The Withdrawal Agreement will need to contain text specifically on Ireland/Northern Ireland to secure the principles agreed on 8 December.

Yet further uncertainty lies in the fact that a new UK-EU trade treaty will not even begin to be formally negotiated until the UK leaves the EU at the end of March 2019. Phase two discussions will concentrate, therefore, on outlining the detail of transitional, or interim, arrangements. The inclusion of an Ireland/Northern Ireland strand in the Phase two talks reflects the continued priority given to these issues in the forward-looking discussions.

The quality and speed of progress made in this strand, and in the negotiations overall, hinge entirely on the UK government. It needs to put forward ideas significantly more detailed than those offered in its August 2017 position papers, and they need to be both imaginative and realistic.

Although the Joint Report set out vital common ground between the two sides and offered strong reassurance of shared commitments towards Northern Ireland/Ireland, Brexit inevitably changes relations across the Irish border and between these islands.