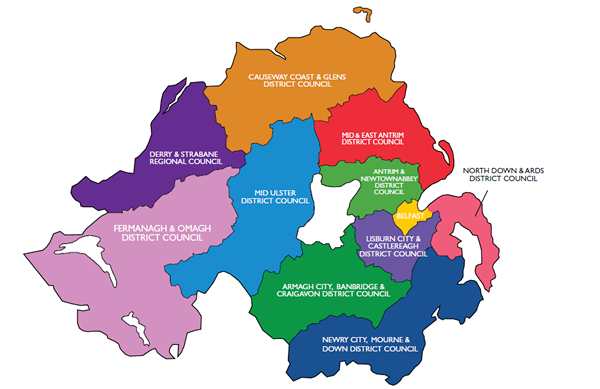 With reports that the new 11 councils will be postponed to 2015, as agendaNi went to press, local government reform appears to have gone full circle since its beginnings eight years ago. Next May’s elections look set to be held using the existing 26 authorities.

Northern Ireland’s councils have been very much the poor relation of central government since the early 1970s when housing, schools, roads and water were brought under regional control.

An introduction to the Review of Public Administration, published in October 2003, reported that central government was reluctant to give local government the “flexibility needed to be innovative”, which suggested the system was too rigid. The report tentatively described five models, with no attachment to any one:

“Regardless of the way in which services are delivered … there is a common concern that there should be enhanced and transparent accountability,” it commented. “This means that the public must be satisfied that those responsible for delivering services funded by public money provided through taxes and rates, are doing so in an efficient, effective and fair way.”

Speaking in May 2004, NIO Minister Ian Pearson said he expected the number of councils to be reduced from 26 to “single figures” but these would have more powers.

Draft plans were published in March 2005, alongside research into local identity in Northern Ireland.

In general, people identified with the “familiar” places rather than their actual council area. Sixty-seven per cent of those queried knew ‘nothing’ or ‘not very much’ about local councils and their services.

“People felt that fewer councils with an enhanced range of services could have a positive impact on local identity,” it was reported, “provided that the range of powers were significant and services were delivered in a fair, consistent and responsible way.”

Service quality was more highly valued than local identity. There was “widespread support” for fewer councils and councillors but elected representatives thought this would weaken local identity.

Using the subsidiarity principle (i.e. that decisions should be taken as locally as possible), councils were to be given a range of new powers, including planning, local roads and regeneration.

Three options for numbers of councils were suggested at that point: seven, 11 and 15. Efficiency increased as the number went down but the sense of local identity became weaker. Peter Hain’s decision, announced on 22 November 2005, was for seven councils but among the local parties only Sinn Féin was in favour.

“This is a people agenda, not a party agenda,” Hain insisted, claiming that seven councils were “the optimum for service delivery.” Community planning also would involve local people and communities more closely in decisions about their public services.

A return to strong local government was meanwhile heralded by his Environment Minister, Lord Rooker.

“Local government must be at the heart of local services, locally delivered to operate at a size and a scale that will allow a council to stretch itself in terms of the services it delivers now and into the future,” he commented. “To do that, requires a population and a geography where the opportunities of raising wealth to deliver services and plan for the future can be optimised.”

Each council would have around 60 councillors i.e. about 420 in total, compared to the current 582. A minority community could block some decisions if it held 25 per cent of seats; however, nationalist minorities in the three unionistmajority councils fell under this threshold.

Critics protested that the new councils would lack any kind of ‘locality’ due to their size and shape. The C-shaped ‘Inner East’ which stretched from Carrickfergus to Dromore was notorious. Other options in the North West and northern County Down had a more natural fit.

With elections to be held in 2009, it was widely expected that three councils would be nationalist-led and three unionist-led, with Belfast having no overall majority. In the absence of a working Assembly, and with Stormont’s abolition proposed under ‘Plan B’, it was feared that the new local authorities would become sharply divided political battlegrounds. 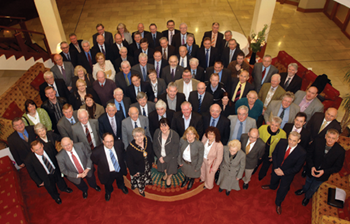 It is fair to say that devolution delayed the reforms, as ministers understandably wanted to review all direct rule plans. The parties also had to reach a compromise on the number of councils between themselves rather than accepting an imposed model. Sinn Féin backed seven councils; NILGA and the other parties preferred 15.

An emerging findings paper, agreed by the Executive on 18 October 2007 did not include a definitive number of councils but, more importantly, did water down the list of powers to be granted.

Rather than councils taking on all development planning, the Planning Service would continue to draw up area plans with the councils producing local plans. Councils would still make the final decisions in development control, except for regionally significant projects.

Road maintenance would stay with the Roads Service but councils would manage the ‘public realm’ e.g. street lighting and car parks. The Fire and Rescue Service and Housing Executive would not be broken up, but urban regeneration and community development would transfer.

The 11-council model was subsequently adopted and announced to the Assembly on 31 March 2008. Ministers had a vision of “a strong, dynamic local government that creates vibrant, healthy, prosperous, safe and sustainable communities that have the needs of all citizens at their core.”

Transition committees and a new boundaries review were established, along with plans for councillors’ severance. The final boundaries report was submitted in June 2009 but disputes then arose between Belfast, Lisburn and Castlereagh. The NIO postponed elections from 2009 to May 2011.

Edwin Poots, also a Lisburn councillor, suggested keeping Dunmurry in the Lisburn area; it had been scheduled to move into Belfast but he pointed to “strong local opposition” which was apparently not heard by the Boundary Commission. Sinn Féin objected, claiming this was a move to stop Belfast becoming a majority nationalist city; Poots denies this. It is understood that Castlereagh does not want to lose the Forestside centre – and its rates revenue – to its larger neighbour.

Poots came to the Assembly on 20 October last year to “scotch” the rumours that the reform programme would not proceed, was too costly and would not save enough money.

His target was still ‘11 in 2011’ and the PricewaterhouseCoopers economic appraisal of reform projected £438 million in savings over 25 years. However, he also admitted it was a “uniquely challenging process”. Councillors were opposed to:

Efficiency continued to be a sticking point, with Poots telling NILGA members on 18 February that the plans would be in jeopardy unless the ‘maximum efficiency’ option was taken up. Councillors had to be realistic, he remarked. “Tinkering around the margins, engaging in protectionism and not being prepared to take difficult decisions will not be good enough. I will have no truck with such a process.”

NILGA prefers a more flexible approach than a single business services organisation and points to examples in Great Britain, which use agreed efficiency targets, financial support for improvement and robust requirements on value for money.

A ‘tidying-up’ miscellaneous provisions Bill became law on 26 March this year but its finance equivalent is still before the Environment Committee; that stage runs to 17 December at the latest.

Media reports in early May suggested that agreement had not been reached and decision time was near. No deal had been reached by the time of going to press but the elections are still to go ahead next May, perhaps alongside the Assembly poll, with the current model being the obvious fall-back.

The reform process has cost approximately £9 million since 2005 – a sum spent in vain if no solution is found.