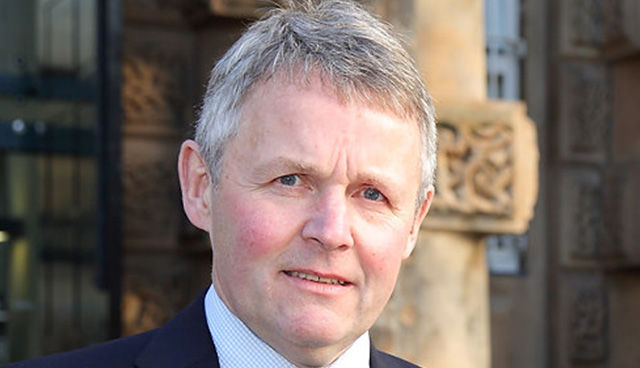 Ulster Farmers’ Union President Barclay Bell has outlined the necessity for “proportionate and sensible” future environmental regulations in the context that agriculture will remain a production-focussed industry.

“I am aware of the emphasis placed on the environment by DEFRA Secretary of State Michael Gove, courtesy of his speech to the recent Oxford Farming Conference. But farmers can’t go green if their businesses are in the red,” explains Bell. “Future environmental regulations must be proportionate and sensible.”

Bell has bought into the principle of sustainable intensification, where agriculture is concerned, but states that the objective must be delivered on the basis that farmers are regarded, first and foremost, as food producers.

“We are already seeing instances where environmental criteria are holding up the implementation of development plans, submitted by farmers seeking support under the terms of the Farm Business Improvement Scheme. This is an entirely retrograde step.”

The UFU President believes that the family farm structure, which underpins the farming sector, can continue to deliver environmental benefits for everyone in Northern Ireland. He describes farmers as the natural “guardians of the countryside” but admits that issues, such as greater public access to the countryside, will have to be addressed going forward.

“The vast bulk of the land in Northern Ireland is farmer-owned,” he explains, “This is not the case in the rest of the UK. We need to come up with a strategy for the environment, which reflects local circumstances. This is why it is so important for the Stormont Executive to be re-established as quickly as possible.”

Addressing the core challenges that now face agriculture in the wake of the United Kingdom leaving the EU, Bell says that the industry must not be held to ransom on the back of cheap food imports that could come into the UK.

“There must be total equivalence of standards, where future food imports are concerned. Farmers also want simplified regulations and a commitment from government that an advocacy first approach will be taken when it comes to the adherence of standards at farm level, rather than the various authorities seeking a litigious approach from the outset.”

“Our first priority is to get an assurance from Whitehall that the farm support budget will be retained at £300 million annually.”

Bell details the farm support policies which the UFU want to see put in place post-Brexit.

“Our first priority is to get an assurance from Whitehall that the farm support budget will be retained at £300 million annually. This is the scale of the commitment currently on-offer from Brussels.”

He confirms that future farm support must be preferentially distributed to those producers who take the biggest financial risk, when it comes to developing their businesses.

“Change is coming, in terms of the way future farm support is structured. But local producers must be given sufficient time to allow them to re-structure their businesses accordingly.”

Bell welcomes the possibility of the government in London publishing a White Paper on agriculture. “This would be a very positive development. At a very basic level, it will help ring fence the amount of support funding is available to the industry into the future.” 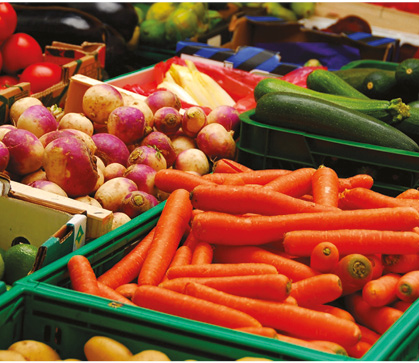 “Farmers in Northern Ireland are more likely to look at contract supply arrangements with processers as a means of coping with market volatility.”

Where farm support measures are concerned, the UFU will seek the implementation of a model that is based on a series of baseline measures.

“All farmers will avail of these proposed supports. They include the provision of environmental payments, which will help deliver high levels of sustainability within the industry, plus volatility mitigation support measures,” says Bell. “Enhanced education and marketing activities will also be included in the proposed baseline measures.”

Bell believes that a future farm support scheme based on income insurance could be a hard sell in Northern Ireland. “We are aware that ideas of this nature are currently under review in Whitehall. The US model is the only parallel that we can look at in this regard but it only kicks in at times of complete crop failure or in the wake of some other catastrophic event.

“Farmers in Northern Ireland are more likely to look at contract supply arrangements with processers as a means of coping with market volatility. However, even this type of arrangement has been a hard sell up to now.”

Bell supports the principle of a production-based support model for agriculture in Northern Ireland post-Brexit, explaining that such a scheme should also be easier to sell to taxpayers.

He has been encouraged by recent policy statements made by Department of Environment, Food and Rural Affairs (DEFRA) Secretary of State Michael Gove.

“I am encouraged by Mr Gove’s commitment to not only continue the existing level of support during the current Parliament but also his willingness to see decision making devolved to the UK regions, in line with existing funding commitments.

“We have discussed his suggestion of a freeze in individual payments to farmers during a transitional period until a new support system is introduced and of the potential to pilot new support mechanisms, which we could possibly implement at a regional level.

“In terms of trade, Mr Gove is committed to maintain the current arrangements between Northern Ireland, the Republic of Ireland and also with the European Union.

“We were pleased to hear him restate his position that lower standard imports should not be allowed to undermine UK producers. We also received assurances about farming and the food industry maintaining access to labour, which was welcome.”

Bell believes that that DEFRA ministers fully understand the problem with regulation and the key difference between outcomes and process: the latter being red tape for the sake of red tape.

“If he can bring this into a new support policy for UK agriculture it will be a major gain for the industry. There’s no getting away from the fact that at Westminster, and in the Conservative Party, Michael Gove is seen as a political big hitter and that will be good for agriculture.”

The UFU is keen that initiatives around making agriculture more productive, as a source of supply for the food industry, should be pursued immediately, with all the members of its hierarchy believing there to be no reason for continuing delay.

“This is too ready an excuse of inaction,” adds Bell. “The Going for Growth report, which was developed through collaboration and partnership between industry representatives and government departments, has been on the table for over four years now, and its recommendations have been debated endlessly.

“We need action to remain competitive, not least because of the changes Brexit will bring. The responsibility for implementing this strategy was shared between Government and industry and we cannot wait for a minister to rubber-stamp simple decisions to drive the industry forward.”