As the new Assembly prepares to chart the way forward for housing in Northern Ireland, agendaNi summarises the main parties’ manifesto commitments. 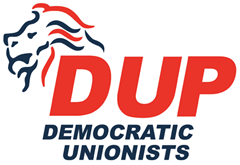 A DUP Minister would separate the Housing Executive’s strategic and landlord functions, and aim to make social housing more self-financing. A comprehensive ‘homes and communities strategy’ would underpin policy and a ‘housing forum’ would bring together all interests in the sector.

The party backs a “light touch” mandatory register of private landlords, a government-backed loan scheme for first-time buyers and a graduate home loan scheme. The latter proposal would only cover graduates in ‘economic’ subjects (e.g. science, finance and business) and is clearly designed to keep them in Northern Ireland. The common selection scheme would be reviewed and the boiler scrappage scheme fully implemented.

It would also explore the potential for a single housing regulator and a derelict land levy in urban areas. A Community Empowerment and Renewal Bill would allow residents to acquire under-used public sector land and encourage social entrepreneurship.

On social impact bonds, the party cites the Regent Park Revitalisation Project, a community housing scheme in Toronto, which was “substantially financed” by bonds sold to provincial governments, pension funds and institutional investors.

The DUP would prefer housing policy to sit alongside local government, rates and benefits in a ‘department of communities and social welfare’. It also wants to see a cross-departmental homelessness strategy. DUP MLAs held the social development brief in the first Executive (1999-2002).

Specific party objectives include mandatory registration scheme for private landlords, a deposit retention scheme to protect tenants from landlords who withhold deposits, a review of the status of housing associations and an “effective” mortgage relief scheme.

Maintenance schemes would be protected from cuts and Sinn Féin pledges to “end discrimination” against people seeking housing in areas of high demand. Disabled people should be prioritised within the points system and the party would establish targets and timetables to reduce fuel poverty.

Its proposals include enabling the Housing Executive to borrow £250 million per year from the European Investment Bank and other funders. For comparison, the housing budgets for 2011-2012 are £186.6 million (current expenditure) and £130.1 million (capital investment).

maintained at £20 million and also seek the re-introduction of boiler replacements in that scheme. Older people who wish to remain in their own homes should be cared for at home.

The party emphasises that poor housing contributes to health inequalities i.e. higher levels of ill-health in some areas than others. Too many families are living in poor housing or trapped in poverty, it warns.

West Belfast candidate Bill Manwaring suggested that the Social Development Minister should look at models throughout Europe, where private developers and housing providers work together with government capital, and release land banks to housing associations.

An end to segregation in housing is the SDLP’s most ambitious aim, pledging an “intensified” shared future approach.

The party also promises to insulate 100,000 homes and build more social housing where the need is highest. A mortgage rescue scheme is also prioritised and all social housing should meet the Decent Homes standard. A new

homelessness strategy would be drawn up.

A commitment to eradicate fuel poverty still stands. Reform of the Housing Executive and housing associations would continue, with more private finance and new delivery models introduced. Like the DUP, the party suggests a ‘communities, housing and local government department’, which would take on OFMDFM’s urban regeneration remit. The SDLP held the social development brief from 2007 to 2011.

The party would consider the mutualisation of the Housing Executive. “Ambitious targets” for reducing fuel poverty are needed, as part of the Green New Deal. The Department for Social Development must also look beyond the “easy wins” in energy efficiency and move on to solid wall insulation and secondary glazing. It should also aim to build zero-carbon homes.

Mandatory private landlord registration and extending the Decent Homes standards to private rented housing are also proposed. Alliance would consider introducing a ‘preventing possession fund’ for householders at risk of repossession and re-introduce the Apartment Developments’ Management Reform Bill which fell at dissolution.

Green Party
The Green New Deal, according to the Greens, must insulate 500,000 homes across Northern Ireland, a massive figure as the province has around 700,000 households. It also pledges a 20 per cent developer

contribution for social and affordable housing in all developments of 20 or more houses. Each new housing estate should have allotments and funding for housing adaptations must be ring-fenced.

PUP
The Housing Executive should have first refusal on repossessed

properties, the PUP says, and should employ its own maintenance staff. Fuel co- operatives, funded by weekly payments by residents, could keep homes warm. All pensioners in Northern Ireland should receive home visits to advise them on energy efficiency. A ‘three-strike’ rule for disruptive tenants is also suggested.

TUV
No commitments on housing are made in the TUV manifesto. Its councillors have lobbied on local housing needs.