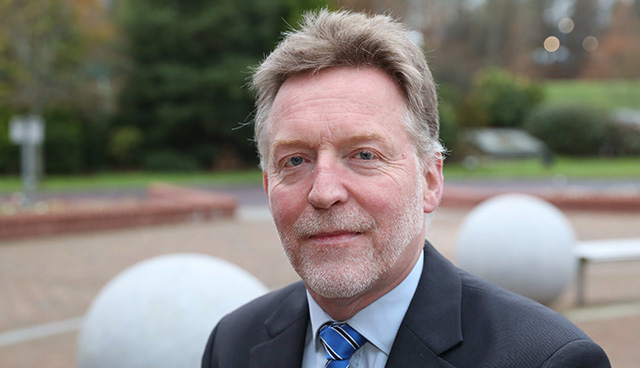 Richard Halleron looks at the issues facing agriculture and the prospects for the industry in the face of strong headwinds.

The impact of Brexit will have significant repercussions for the farming industry across the island of Ireland as a whole and let’s not forget that these could be positive as well as negative.

Irrespective of how Brussels and London eventually settle their affairs, the critical and over-arching impact of their deliberations on Irish agriculture will be measured in terms of the influence brought to bear on the attainment of a ‘single food island’ entity.

The last 30 years have seen a total blurring of the margins regarding the operation of the farming and food sectors in Ireland. The dairy sector has seen critical cross-border investments become common place, resulting in almost 25 per cent of the milk produced north of the border head south for processing on an almost daily basis.

The same cross-border trends are now apparent, where the beef, lamb and pork sectors are concerned. What’s more, almost all these developments have taken place on the back of compelling commercial arguments. There has been little or no political influence brought to bear in making this all-island approach to agri-food become a fundamental reality.

Adding to this direction of travel has been the commitment to tackle many of the animal disease threats that impact on agriculture in a cross-border manner. The island of Ireland now enjoys Officially Brucellosis Free (OBF) status. The same approach is currently being taken where Bovine Viral Diarrhoea (BVD) is concerned. No doubt, the growing threat of Johne’s Disease will be treated in a similar manner.

The all-island farming and food train has left the station. I would argue that the impact of Brexit must be assessed in terms of how the process either speeds-up or slows down its rate of progress.

Of course, all of this is having a fundamental impact at farm level.

The last number of years have been challenging for Irish agriculture – north and south. For the most part, farmers have been caught between a rock and a hard place: a combination of challenging prices and falling subsidy levels has brought an extremely sharp business focus to their everyday operations.

Almost all the markets which Irish agri-food businesses operate in are now truly international in nature. Take dairy as a case in point. The reality is that developments in New Zealand probably have a greater impact on Irish milk prices than any decision that can be taken in Brussels, Dublin or London and this will continue to be the case.

Add in the fact that Irish farmers do not produce cheap food and it’s hard not to conclude that future EU and UK agri support policies will remain key determinants of farm sustainability levels well into the future.

For the record, the aforementioned reference to ‘cheap food’ has very little to do with the efficiency of Irish farm businesses but everything to do with the bureaucratic burdens imposed on it by Brussels and the evolution of the Common Agricultural Policy (CAP).

So, what can we expect to come out of the upcoming review of the CAP and the policy gurus in Whitehall, once they start determining the support options made available to agriculture in Northern Ireland?

“The all-island farming and food train has left the station. I would argue that the impact of Brexit must be assessed in terms of how the process either speeds-up or slows down its rate of progress…”

Three years into the job and it looks like the Kilkenny man is, at last, making a real impression in his role as overseer of Europe’s farming and food sectors.

The final weeks of 2017 saw the publication of his CAP White Paper and Omnibus Measures. It will take time to gauge if the proposals contained within both documents make a real and positive difference for farmers on the ground.

Admittedly, Hogan is constrained by the ever-growing pressure on EU budgets. This challenge will not be helped by Brexit and the loss of the UK’s annual contribution to Brussels’ coffers.

If Hogan wants to create a legacy for himself within Europe, then he must come up with some radical thinking that constitutes a step change in the way the CAP is implemented. In so doing, he must give farmers genuine hope for the future.

In the case of the Austrian politician Franz Fischler, his big idea as Agriculture Commissioner back 15 years ago was to decouple agricultural output from the EU support systems. This was not simply blue sky thinking as the World Trade Organisation (WTO) was breathing down the EU’s neck at the time, threatening cataclysmic sanctions if support was not disentangled from farm output.

However, the residual impact of the Fischler reform package is with us today in the shape of the Basic Payment Scheme (BPS).

We already know that Hogan is committed to keeping the fundamental tenet of the BPS in place. So where does this leave him, as he seeks to carve-out a name for himself within the fabric of the EU story?

His only option, in my opinion, is to push for the development of an EU farming and food chain, which is wholly transparent. Currently, the retailers hold all the cards. They seem to have total control over the prices they pay primary producers, without having to come clean on the mark-up they enjoy when it comes to selling the vast array of food that reaches their shelves on a daily basis.

In contrast, the production costs incurred by farmers are made fully known courtesy of the figures produced by Teagasc, in tandem with the Department of Agriculture, Food and the Marine. No doubt, this commitment is replicated in all other EU member states.

This farmer/retailer imbalance must be rectified in ways that give primary producers genuine hope for the future.

Meanwhile, the dust is settling in the UK on how farm policy will be developed in the post-Brexit period.

The Department of Food and Rural Affairs (DEFRA) Secretary Michael Gove says that the UK will seek to secure a free trade deal with the EU 27 while also inferring that continuing, levy-free access for Irish beef on to the British market would be included within this measure.

The trade implications for Ireland’s agri-food sectors, emanating from the Brexit deal are, obviously, of paramount importance. However, Gove also used his speech to flesh-out many of the policy principles that will underpin future British governments’ commitment to agriculture. A number of these are worth taking full note of on this side of the Irish Sea.

A case in point was the DEFRA Secretary’s very adept juxta-positioning of production agriculture with public health, citing the proven nutritional link to conditions such as cancer and diabetes as verification for this stance. All of this has echoes of the statements made repeatedly by UCD’s Professor Patrick Wall to the effect that farmers are now in the health business, as opposed to being mere producers of food.

All of this is so true. The one missing link is that of ensuring sustainable farmgate prices. The good news for farmers in the UK, however, is that the benefits of delivering a fully transparent food chain have also been fully noted by the DEFRA Secretary. To this end, he has instructed his ministerial colleague George Eustice to get to the bottom of the buying-in policies operated by all the major UK multiples.

One of the other encouraging facets to Gove’s speech was his commitment to driving food production standards in the UK upwards from a sustainability, conservation and environmental protection perspective.

The history books will show that the UK was, primarily, responsible for pushing forward the agenda on environmental protection within the EU over the past 30 years or so.

The attainment of a free-trade deal between the UK and the EU27 requires the continuing harmonisation of food production standards. So, in effect, we could arrive at a situation where the UK would be driving the food production agenda in the EU well into the future. 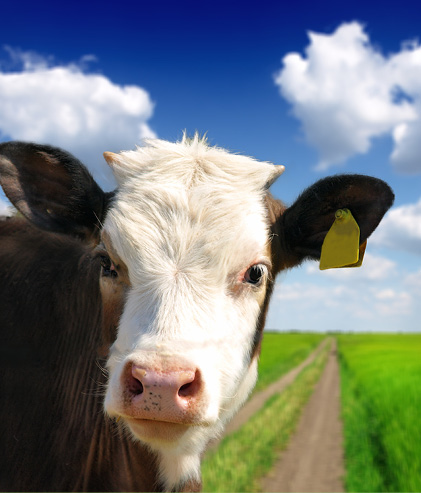 “It’s hard not to conclude that the general outlook for farming and food remains very upbeat.”

This in turn, would be good news for the Republic of Ireland. Bord Bia’s Origin Green initiative would then be used to truly reflect the potential of the Irish food sector to deliver on the vison of sustainable intensification. This is a principle that was strongly championed by Simon Coveney during his time as Ireland’s Minister for Agriculture, Food and the Marine.

It’s hard not to conclude that the general outlook for farming and food remains very upbeat. The world’s population remains on track to grow by 50 per cent over the next three decades. All these extra mouths must be fed. It’s farmers who will be given the job of doing just that.

In addition, the inexorable rise of the Chinese middle classes continues apace and is a trend that is being replicated in many other fast-growing economies around the world.

The financial wherewithal is there to ensure that farmers receive the prices they need to produce all the extra food that will be required over the coming years. The core challenge is that of ensuring that the monies that do become available, trickle down the entire length of the farming and food chain. It’s up to our politicians to ensure that such becomes the case.