Usually, a politician will not resign and force a by-election if they cross the floor or become an independent. In light of this, Meadhbh Monahan asks elected representatives about their duty to their constituents.

The question of whether a politician should resign invariably arises if they leave the party in whose name they were elected. Winston Churchill was the most famous parliamentarian to cross the floor, and he did it twice, from the Conservatives to the Liberals in 1904 and back again in the 1920s.

Woodward was sacked from his front bench role as London Spokesman in 1999 because he opposed a party motion. He then moved to the Labour backbenches and contested St Helen’s South, a safe Labour seat at the next election. David Cameron went on to win Woodward’s former Witney seat.

seat because they had elected a Tory, not a Labour MP. He did not stand again in 2010 and Davies has since been appointed as a Labour peer.

Lady Sylvia Hermon left the UUP and became an independent MP for North Down just six weeks before the Westminster election and her constituents supported her with 21,181 votes, a 63.3 per cent share. Jeffrey Donaldson, MP for Lagan Valley, left the UUP in December 2003 and joined the DUP in January 2004.

Since the Assembly was established in 1998, seven MLAs have become independents (three from Sinn Féin) and seven unionist MLAs have crossed the floor.

Roger Hutchinson changed party three times during the 1998-2003 Assembly; from UK Unionist to Northern Ireland Unionist; then to independent unionist and finally to the DUP in 2002.

In June, former Justice Secretary Jack Straw wrote in the House magazine that “the prime task of any MP, of whatever party, is to represent their constituents. It is they who elected us, they who are our employers, they who’ll decide in a few years time whether we can have our jobs back.”

This applies to MLAs too, as the Northern Ireland Assembly code of conduct says: “Members have a special duty to their constituents and are responsible to the electorate who are the final arbiter of their conduct as public representatives.”

In South Africa, where a closed list voting system is used, floor crossing was abolished in January 2009 following seven years of politicians changing parties and taking their seats with them during a 15-day period in September.

In his paper ‘The morality of members of Parliament crossing the floor’, William Leong, a Malaysian MP, wrote that in first past the post elections “voters in each constituency elect an individual candidate [therefore] the individual MP and not the party holds the seat and the MP can cross the floor and still keep his seat.” Leong continued that when proportional representation is used, “the seat belongs to the party and the MP who crosses the floor cannot keep his seat.”

agendaNi asked a number of floor-crossers and independents whether they considered resigning their seat and to explain their duty to their constituents. 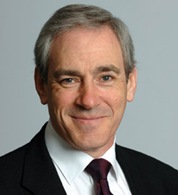 My priorities towards my constituents haven’t changed. I’m still providing the same services. If I had stood down, there would be the scenario that the Ulster Unionists would have replaced me with someone who is not elected.

Given that it is within 12 months of an election I felt it was quite in order for me to hold on. If I stand again at the next election, [my constituents] will have the opportunity to decide if they want my representation.

I am still looking at the whole issue of where unionism is going and my position within that. 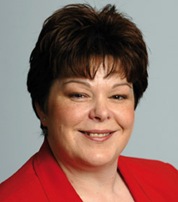 Generally speaking I believe by- elections are expensive, placing an unnecessary burden on the taxpayer. They should be avoided where possible. An elected official is elected for a set period and can be voted out at the end of that cycle if they made decisions during it which their voters disliked.

The Assembly voting system, which elects six MLAs for each constituency under a single transferable vote system, also means electing just one of those in a by- election would neither make sense nor be accurate. In Northern Ireland, unlike Wales and Israel, we elect individuals not parties.

Crossing the floor is an issue completely dependent on the circumstances. In my view it comes down to policy. If an elected official changes to a party which also changes the policies under which they were elected then those who voted for them may feel short- changed and want to remove them from office.

In my case I became an independent. However, I maintain the policies and principles under which I was elected and will continue to represent all of those people who come to me for assistance – the only thing that has changed in my case is the label. 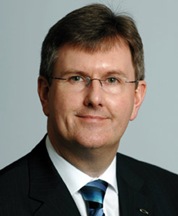 The same arguments apply also to MPs who leave a party and become an independent. The nature of our parliamentary democracy is such that when politicians switch party or change their policy, they are then held to account by the electorate at the ensuing general election.

Increasingly, constituents are looking for strong elected representatives who are not afraid to speak their personal opinion on matters of key interest to the people that they represent. More often these days, people vote as much for the individual who is the candidate as they do for the political party that they are a member of.