Meadhbh Monahan assesses the need for constituency offices, especially as some MPs and TDs can do without one. 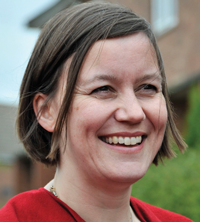 DUP North Antrim MLA Mervyn Storey sees his constituency office as “one of the most essential services I have.” He tells agendaNi: “My constituency office is vital. If I didn’t have that facility, it would be a disservice to the people that I am there to serve.”

East Belfast MP Naomi Long agrees, saying: “My constituency office is probably the most important place I could be.” She adds that “while the work I do in Westminster and did in the Assembly is hugely important, [the constituency office] is the main hub in terms of getting information on what’s happening at the coal face.”

Storey believes that “parliaments are easy places to hide in.” He recognises that “you should go [to the Assembly] and do your best for the people who put you there” but claims that an MLA is more accountable if their constituents “are able to come in [to the constituency office], even when you’re not there, and get a satisfactory answer.”

Meg Hillier points out that the annual cost of a constituency office in inner-city London is approximately “£5,000 for a room with one desk.” It is “very costly” to run an office and “this raises questions about spending tax-payers’ money,” she believes. However, she points to her Labour colleague Russell Brown (Dumfries and Galloway) who has a constituency office in Dumfries and another in Stranraer (70 miles apart). “It doesn’t mean people have to be hair-shirt and not have one, it depends on the constituency,” Hillier tells agendaNI.

When it is put to Storey that a number of MPs don’t have constituency offices, he claims: “I don’t know how they do their jobs.” He continues: “For years Northern Ireland was plagued with having a parliamentary system that was divided from the ordinary voters. It was people like Ian Paisley that broke the mould in terms of constituency representation.” If a party is to survive, Storey contends, “it is essential that it has real, not token, representation.” 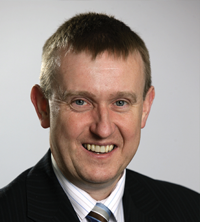 He prefers the traditional face-to-face or postal queries and hasn’t “branched into social media: I don’t tweet or anything like that.”

Hillier’s constituency is three miles from her Westminster office, where her four part-time staff are based. It takes 45 minutes to walk from one end of Hackney South and Shoreditch to the other so she advertises surgeries on her website, the council website and on flyers in the local libraries. She is also available on the phone. “That works for me,” she quips. If she has to do some work and her Westminster office is full, she finds a café or a park bench.

“I’m out where the people are. You are behind a desk in Westminster enough,” she comments. Her constituents “don’t notice that I don’t have an office.” They know they can contact her on the phone or that she can go and meet them. However, she prefers face-to-face meetings as her constituents often have problems speaking English or could have health problems that affect their speech.

Concluding, Hillier reflects: “In Northern Ireland there is still double-jobbing and that probably creates an added attachment to the constituency office. They are phasing that out which is a good thing.”