Despite Boris Johnson’s claim that the Christmas Eve agreement represented a “good deal for the whole of Europe”, the actual implications for the UK’s exit from the EU in coming years will point to a hard Brexit in all but name, writes David Whelan.

Car manufacturing in the UK, making up 13 per cent of the Great Britain’s total exports, represents a prime example of how Brexit will damage the UK economy. The EU-UK Trade and Cooperation Agreement, signed on Christmas Eve 2020, may have avoided the cliff edge that many had feared but the sigh of relief breathed by many may be short sighted when considering the cumulative cost of new trade arrangements.

Four-out-of-five cars made in the UK are exported, mostly to Europe. Carmakers have to some extent been granted a reprieve following an agreement that companies exporting goods between the UK and the EU will be given a year to produce some of the supporting paperwork proving their goods are eligible for zero-tariff access to the EU.

The ‘grace period’ on some specific elements of the rules of origin declarations, which require carmakers to certify that their goods qualify as locally sourced in order to avoid tariffs, will allow companies time to obtain supporting documents from their third-party suppliers but crucially, requires companies to still comply with the rules and meet originating requirements.

The UK’s attempts to secure more favourable terms in relation to automotive trade were rejected, as should have been expected when a single country entered trade negotiations with a neighbouring economic bloc of 26 member states.

Even prior to Great Britain officially trading outside of the single market and the customs union, Brexit uncertainty had already damaged an industry that employs more than 860,000 people with major carmakers quietly closing plants and shifting future projects and investments to European bases, where tariff-free trading could be guaranteed.

The cost of future bureaucracy and tariffs in British car manufacturing’s complex supply chains, with cross-channel trade in automotive parts accounting for almost €14 billion, will undoubtedly have economic implications. The UK Government has pointed to some concessions gained around batteries and electric vehicles which will ensure British-made electric vehicles are eligible for preferential tariff rates, but so far this sector has yet to mature at scale.

The reality is that the deal between the UK and the EU has avoided an instant hit to car manufacturing but going forward greater tariffs and bureaucracy will lead to greater levels of downsizing, relocating and unmeasurable decisions not to invest. This will have a cumulative impact on productivity and ultimately on GDP growth over the coming years.

The automotive industry is just one example whereby increased bureaucracy and potential tariffs will have a slow and cumulative impact on the UK’s GDP. The most likely damage will not be in an obvious decline in GDP but rather the absence of growth which will be required if the economy is to avoid long-time scarring from the economic impact of the pandemic.

Many agree that the deal secured was better than a no deal outcome, however, few agree that the deal meets the ideals sold by the UK Government. A major sticking point in the negotiations had been the demand for a level playing field from the EU, to ensure protection of its internal market. At face value, the UK has secured a good deal, taking back responsibility for the likes of environmental standards and labour law. Each partner has been granted the potential to impose tariffs where it is determined the other has gained an unfair advantage for businesses, without reliance on the European Court of Justice, however, importantly, many will recognise that any imposition of tariffs by the EU will hurt the UK more than vice versa.

A further sticking point was around fishing rights. For some, the UK’s ability to ‘take back control of its waters’ in regard to fishing was a litmus test for how successful Brexit negotiations had actually been. The five-and-a-half-year transition period whereby EU fishing fleets will have guaranteed access to UK waters is longer than many had expected but the UK will point a reduction of one quarter of EU fishing rights during the transition as a major boost. A challenge, however, will be the power wielded by the EU in annual negotiations thereafter. Any reduction of EU access will invariably bring about increased tariffs on UK fish exports and therefore, limit market access.

“The UK’s attempts to secure more favourable terms in relation to automotive trade were rejected, as should have been expected when a single country entered trade negotiations with a neighbouring bloc of 26 member states.”

Market access and divergence from what was is central to many of the post-Brexit challenges. For example, mutual recognition of licences, permits and transit rights was a positive for logistics and road haulage but a reduction on British trucks’ pick up potential (down from three pick-ups inside an EU country to one) will cause major disruption to pre-Brexit operations for the industry. Similarly, food and drink exports, while avoiding many of the tariffs feared if trading was reduced to WTO terms, will see the British food chain become slower, more complex and more expensive in the long-term.

One crucial area which the deal has not covered is that of financial services. Boris Johnson himself admitted that the Brexit trade deal failed to meet his ambitions on financial services. On the first trading day of 2021, almost €6 billion of EU share shifted away from London’s financial sector to facilities in European capitals.

The EU and UK have agreed that decisions on access to each other’s markets in financial services will be based on each side declaring unilaterally that the other side’s regulatory systems are equivalent to its own. However, this does not cover all financial services and allows access rights to be withdrawn at just 30-days’ notice.

Talks are set to take place on a memorandum of understanding on future cooperation on financial services policy, with a target of March 2021, however, disruption will encourage companies to list in the EU to benefit from smoother and more active trading conditions.

These examples are not exclusive. Almost every sector that trades with the EU will feel increased burdens and many economists agree that these burdens will ensure that the UK will be significantly poorer in the long run than if it had remained a member.

Northern Ireland is set to experience a very different outcome than the rest of the UK in relation to Brexit. As expected, much of the Northern Ireland Protocol, agreed as essentially a backstop to a no deal scenario, was incorporated into the fresh deal.

The European Union (Future Relationship) Bill was passed by 521 to 73 votes in the House of Commons but none of Northern Ireland’s MPs supported the deal. The deal keeps Northern Ireland in the EU’s single market for goods and means Northern Ireland must apply EU customs rules at its ports. It creates a border in the Irish Sea, something the Brexit-supporting DUP had held as a red line throughout the Withdrawal Agreement process which eventually felled then Prime Minister Theresa May.

Implications of the deal for Northern Ireland are complex but in the main relate to disruption in trade and specifically non-tariff barriers. The deal means that UK businesses exporting to the EU will not have tariffs imposed but will face certifications and checks on goods as they enter the single market for goods. 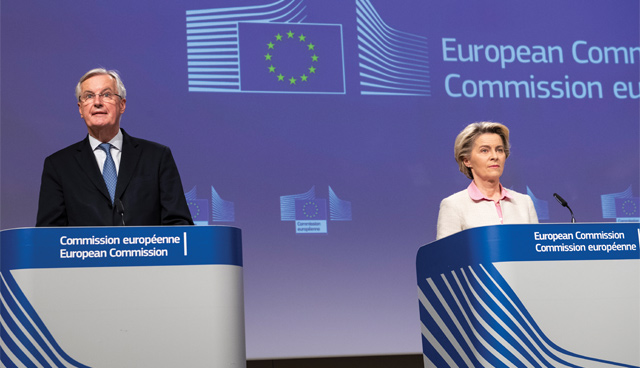 As Northern Ireland’s largest export market, even non-tariff barriers between Northern Ireland and Great Britain will have a cumulative impact on both economies and will force many exporters to reorganise their supply chains and physical routes to market.

However, trade is not the only disruption. The ending of the transition period on 31 December 2020 also brought forward a change in citizens’ rights. Irish citizens will retain EU citizenship, meaning they retain their right to freedom of movement within the EU and continue to live, work and study in an EU country without a visa and with no time limit. British citizens, however, will not retain these rights.

For the Republic of Ireland, the disruption and cost of doing business with Great Britain will also increase. The deal ensures that no quotas or tariffs on goods will exist on goods going to or coming from the UK but checks on goods coming into Ireland will exist. Dublin Port has already been transformed to deal with a new regime for examining good and checking certificates. Ultimately, the Irish Government has recognised that some British products will stop being sold in Ireland due to transport delays.

However, the impact goes wider than simply food and retail. For example, emerging medicines and medical products in Great Britain that may not have EU certificates would be prevented from being sold in Ireland.

It’s estimated that the agreement avoided tariffs in the region of €1.5 billion on trade with the UK, however, Ireland’s proximity to the UK does mean that it will feel the burden of changes in the trading relationship more acutely than other member states, with fishing being a prime example.

The reality of the deal is that, while avoiding a hard exit, the UK will be more negatively affected by the new relationship in economic terms than if it had remained a member of the EU. Concerns around the impact of a hard Brexit have been avoided but only in the short-term. Instead, a slower hard Brexit looks set to emerge as multiple factors chip away at the UK’s potential GDP growth.

With the ink still drying on the current deal and some sub negotiations ongoing, some will already be looking towards the five-year review clause, set out in the agreement, as an opportunity for the UK to decrease the long-term economic impact of the Brexit deal.