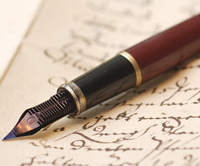 The Oireachtas is about to become the latest neighbouring legislature to establish a public petitions committee. Stephen Dineen examines the scope for one in the Assembly.

A parliamentary committee in Dublin is to start considering public petitions, with citizens able to lobby the Oireachtas on matters of general interest. The UUP has told agendaNi it will now be pressing for a review of the current petitions system in the Assembly.

Under the proposed standing orders for the new Public Service Oversight and Petitions Committee, citizens will be able to submit a “written request to the Houses of the Oireachtas for action on a matter of general public concern or interest” on which it can act. If a petition is deemed admissible, the committee will be able to take oral submissions from petitioners, and oral or written submissions from the relevant organisations, and invite government ministers to answer questions.

The conclusions of the committee will be sent to both the petitioner and the relevant body, and published on the Oireachtas website. The committee, which will also examine public service delivery, will be permanent, bi-partisan and chaired by a member of the opposition.

Committee Chairman Peadar Toibín, of Sinn Féin, told agendaNi that in calling witnesses and attempting to resolve petitions, the committee will also formulate “policy which we would hope to see implemented by the Government in the future.”

In the Scottish Parliament, the Public Petitions Committee hears petitions of national relevance on devolved matters. Petitioners must demonstrate that they have sought resolution such as raising it with their MSP or local councillor or directly with the Scottish Government. Only one signatory is required. The committee will often seek written evidence from the Scottish Government or another public body, to which petitioners can respond. The committee can then refer a petition to a relevant subject committee or bid for a parliamentary debate on a topic.

The Welsh Assembly also has a petitions committee, which can refer a petition to other Assembly committees, outside organisations or carry out a committee inquiry. It can make recommendations to the Welsh Government. A petition must have a minimum of ten signatures or emanate from a corporate body.

Presently, an MLA can bring a public petition to the Northern Ireland Assembly by making “a statement of the parties from whom it comes, the number of signatures attached to it and the material allegations contained in it, and to reading the prayer of such petition.”

Statements (usually on constituency cases) are expected to take at most three minutes and the petition, once handed to the Speaker, is forwarded to the relevant Minister and committee chair. Seven public petitions have been presented so far in this mandate.

The UUP believes the current system is ineffective and wants to see public petitions becoming “much more integrated with the day to day business of the Assembly.” While it does not currently support establishing a new committee, the party will now be pressing for a review of current options, adding that the Business Committee’s role could be widened to include processing of public petitions.
A party spokesman added that if no appropriate alternative could be found, it would support the establishment of a dedicated petitions committee similar to those operating in Edinburgh and Cardiff. If such a committee were established, it should have the authority to decide whether the topics raised merit further discussion, and have options such as forwarding the petition to the relevant Assembly committee or “offering the potential for a formal debate” to be held in the Assembly chamber.

The UUP also supports the development of an e-petitions project, similar to that in the House of Commons, but with a minimum signature threshold set at a representative rate for Northern Ireland. The Coalition Government has introduced a system in which petitions that receive at least 100,000 signatures are eligible for debate in the House of Commons.

Alliance’s Stewart Dickson said that his party supports the current system and does not believe that “enabling petitions to force a debate lends itself to effective government.” He said more legislation needs to be delivered at Assembly level.

According to the Green Party, the status quo is neither sufficient nor effective. It wants to see a system in which a petition with approximately 500 signatures (from anywhere in the province) would automatically trigger a discussion in the Business Committee or Assembly Commission.

Sinn Féin and the DUP declined to comment on whether they support a public petitions committee.

The Assembly’s public engagement strategy (published in 2010) committed the Assembly Commission to exploring the possibility of establishing a public petition system. A system similar to that now planned for the Oireachtas was envisaged, with a public petitions committee given the added power to bid for debating time on a petition by the Assembly as a whole. “The outcome of the petitioning process,” it stated would be to “allow members of the public to have direct influence in the political process, to further inform the scrutiny of legislation, lead to changes in the law, or to be considered as part of a policy review.”

As a first step, the commission would write to the Assembly’s Procedures Committee, endorsing a public petitioning system. The committee has not yet considered the strategy’s proposal. “As part of its remit to improve the way the Assembly operates,” a spokeswoman added, “it may come back to this issue in a future work programme.”

A committee for public petitions similar to that in the European Parliament was promised in the Fine Gael-Labour Programme for Government. After its formation, the committee spent six months examining its possible role, including a visit to the Scottish Parliament and meeting the European Parliament Petitions Committee clerk, David Lowe. Tóibín was impressed that Lowe’s committee visited locations affected by petition proposals.

To be valid, petitions to the Oireachtas committee must be relevant to public policy, have state-wide relevance and have sought redress through existing appeals processes. The committee will be able to refer petitions to other bodies where appropriate.