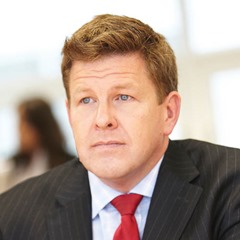 Mark Thompson, Head of office at A&L Goodbody in Belfast, affirms Northern Ireland’s economic positives and the case for investing in its future.

There has never been a more important time for us to invest in Northern Ireland. Northern Ireland is one of Europe’s most open and flexible business environments. Reflecting the UK and indeed Europe-wide picture, the Northern Ireland economy is still showing the impact of the global recession. An improvement in the labour market, rising confidence levels and a high number of foreign direct investments are, however, all indicators of a welcomed return to growth in the economy.

Independent forecasts from Oxford Economics predict growth of 1.8 per cent for 2014 and plot our unemployment rate at 7.3 per cent, broadly in line with the rest of UK and lower than the EU level. Indeed Belfast was ranked within the top 10 cities in the UK in the latest PwC and Davos Good Growth for Cities index, based upon factors including jobs, health, work-life balance and transport.

There is no doubt that these elements of life in Northern Ireland offer the potential to grow the level of international investment here. We have found that our FDI clients consider our people and the work ethic in Northern Ireland to be top class, which drives further investment once they have established here. In terms of talent, our education system has long been recognised as being among the best in Europe, consistently outperforming other UK regions in academic qualifications. Queen’s University Belfast and the University of Ulster are both top-class universities which produce graduates with the skills to service an emerging knowledge-based economy.

The region also has the advantage of operating in the same time zone and regulatory environment as Great Britain. Belfast is a 90-minute drive from Dublin and the transport infrastructure provides open access to the European Union market of 500 million people. Three airports deal with almost seven million passengers a year and there are nearly 30 flights each day to London and to many other European destinations. The Port of Belfast, the busiest port in Ireland, is one of four ports which provide some 150 fast ferry and freight sailings per week to Great Britain, Europe and beyond.

Northern Ireland also offers a resilient digital network, providing high speed voice and data connections throughout the world. It is one of the first regions to operate and experience high speed, next generation services with a new 40GB per second Kelvin trans-Atlantic and terrestrial telecommunications link between Northern Ireland, North America and Europe. This is providing secure, reliable service and facilitating telecoms costs up to 20 per cent lower than in London, Dublin, Manchester and Glasgow (Northern Ireland Tourist Board 2013; Invest NI 2013). Whilst not recognised by some as important to our economic development, it is highly valued by FDI investors that we see moving into Northern Ireland.

Northern Ireland’s operating costs are significantly lower than the rest of the UK and Europe. A variety of business facilities are relatively inexpensive, with prime office rents among the lowest in the world; as little as £12.50 per sq ft in the greater Belfast area and £8 in others (Colliers International National Office Rents, July 2012). Salaries are also lower, ranging from between 20 per cent and 40 per cent less than other locations in the rest of the UK and the Republic of Ireland (FDI Benchmarking).

This has been a key driver of FDI historically. However, it is our experience that with increased FDI, we should expect increased demand for the best people and the best facilities to generate upward pressure on operating costs. Consequently, we advise our clients to plan around winning future investment and business globally on the basis of quality and innovation rather than purely cost as the rebalancing of our economy will reduce the cost benefit over time. 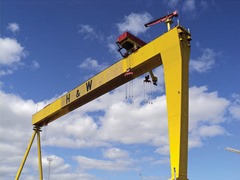 The Northern Ireland Science Park’s independent 2013 Knowledge Economy Index identifies that Northern Ireland’s knowledge economy is growing faster than the rest of the UK. The efforts of government and Invest NI in this regard must be acknowledged. The improvement in economic conditions is in the context of the Northern Ireland Executive’s Economic Strategy for 2011-2015 which identified further actions the Executive is to take to deliver a vibrant and competitive economy. An important focus of the Executive remains attracting FDI as it is considered key to progression and development of the economy.

The world-class businesses that have chosen to locate in Northern Ireland include Microsoft, Seagate Technology, DuPont, CME Group and Liberty IT. Furthermore, there has also been a significant amount of investment by indigenous companies, such as the recent announcement of 484 high quality jobs by the First Derivatives Group in Newry.

Northern Ireland offers some of the most attractive incentive packages in Europe, with financial support for start-up, fledgling and growth businesses and comprehensive advice to ease the investment process. Investors into the province have access to a broad range of funding options as well as a developing venture capital market. Invest NI’s Access to Finance initiative has also created six funds (both equity and debt-based) to provide £140 million in finance supporting businesses of different sizes and at different stages of growth and development.

There are challenges which need to be addressed in order for Northern Ireland to truly realise its economic potential but we should not fall in to the trap of considering FDI as the primary way to rebalance our economy. Whilst FDI is an important tool for enabling our economy to catch up on lost investment from the past, it remains critical that the private sector has the appetite to grow and develop as we emerge from recession. Such an appetite must be fully supported by government, the public sector and the general public.

The changes in regional aid, which potentially restrict the provision of public money to companies employing more than 250 people and who are already located in Northern Ireland, may have an impact on jobs growth. If we are to expect international companies to come and invest in our economy, we need to be able to illustrate the opportunities in this region by investing in ourselves and creating more local success stories where the business have benefitted from being from Northern Ireland.

At present, there are two fiscal jurisdictions on the island of Ireland, with the standard rate of corporation tax in the Republic of Ireland at 12.5 per cent while the standard rate in Northern Ireland is 21 per cent. This difference has seen these neighbouring economies develop at very different rates over the past 20 years. This is likely to be compounded by the ongoing uncertainty surrounding the devolution of corporation tax-varying powers in Northern Ireland. Given that the harmonisation of corporation tax across the island could potentially lead to an increase in the quality and quantity of investment into Northern Ireland, one would hope that political certainty on this issue can be achieved soon.

Overall, the prevailing mood of investors in Northern Ireland is one of optimism. And it is by recognising and promoting the unique strengths of Northern Ireland as a business location that we can secure additional and sustained investment.