Martin Pibworth, SSE plc’s Group Energy and Commercial Director, outlines how we need to seize the opportunity of COP26 to power change together across the island of Ireland.

In early October at Belfast’s W5 and SSE Arena, the three most senior political representatives on the island of Ireland came together under one roof to examine and discuss the most pressing issue of our time: climate change.

On behalf of SSE, I was proud to be able to join our chamber partners in welcoming our most senior political representatives to this unique and vital gathering.

As I arrived it was fantastic to see the SSE Arena which has served a crucial recent role as a vaccination centre. Our collective response to Covid and our resilience is yet another proof point of how adaptive society can be when the need arises.

And we do have another need. It’s not new. We are all equally affected. We talk about it often, but now, it is more urgent than ever.

The Intergovernmental Panel on Climate Change (IPCC) report on climate change published in August was sobering but it also offered hope; we can still limit the worst impacts of climate change, but only if there are immediate, rapid, and large-scale reductions in greenhouse gas emissions. The challenge is clear.

“Commitment to collaboration is the cornerstone of the NI Executive strategic response to climate change.”

This need for urgency is why SSE, as a Scottish-headquartered company, became a principal partner to Glasgow’s COP26 last November. A successful COP26 will bring together the policy, capital, and technology to ensure the accelerated delivery of climate action measures.

At SSE we’re excited to be playing our part in helping take action to combat climate change, by providing expertise, commitment, and action through the delivery of greener energy. As an energy utility we have a crucial role to play on behalf of our customers and communities and we’re getting on with it.

So, what does getting on with it mean?

But we’re also continuing to develop new sites so we can accelerate net zero ambitions to help tackle the climate crisis. We have ambitious plans for a 4.1GW super-project development in the North Sea which could become one of the largest offshore wind opportunities in the world. Beyond Britain and Ireland, we’re exploring how we can develop new offshore wind farms in countries such as Denmark, Japan, Poland, Portugal, Spain, and the United States so we can help the globe go net zero.

“There is no more significant common concern on this island than meeting the climate challenge.”

We’re 100 per cent ready to deliver Ireland’s emerging offshore wind ambitions. The island of Ireland has an enviable offshore wind resource that could make a significant contribution to decarbonisation here. The direction of public discourse across Ireland, north and south, and emerging energy policy in both jurisdictions all signal a new era for energy policy. The Irish Government recently increased its renewable electricity target to 80 per cent by 2030, underpinned by a 5GW target for offshore wind by 2030.

SSE stands ready to deliver via our 520MW Arklow Bank Phase 2 Project and we are energised by the prospect of doing so. However, the project does require decisive Government action to enable its early delivery including consenting, grid, and route to market solutions; with these interventions we could have the project delivered by 2025. That can help secure Ireland’s energy future, reduce carbon emissions, and create local jobs, and in the here and now.

In Northern Ireland, we’re looking forward to seeing the Executive’s new Energy Strategy targeting at least 70 per cent renewable electricity supply by 2030 which will set us on a similarly ambitious course for decarbonisation.

Investment from companies such as SSE can accelerate the green recovery, but they will require government support. At SSE we’re ready to play our part by providing our technical expertise and multi-billion-pound investment in renewable projects. In addition to a massive expansion of renewables we are finding clean solutions for those periods when the wind doesn’t blow and the sun doesn’t shine by pioneering new carbon capture and hydrogen technologies.

Critically, we are also ensuring our customers have the access they need to low carbon energy solutions from clean energy supply to building retrofits to tech solutions such as solar. We are doing all these things because there is no single answer. The solution will ultimately be the collective contribution of all of these different innovations.

“Climate doesn’t recognise any borders. We’re going to be more effective if we work together. We must play our part in the global response… by taking action.”

Over recent weeks the energy sector has attracted much media commentary due to the sudden spike in gas prices. Times like these are concerning both for us and for our customers. However, it does further emphasise the need to insulate society and the markets from the volatility of fossil fuel commodity prices.

Development of renewables is an economically cost-efficient way to achieve this for the long-term. The prize will be a sustainable energy system that increases the attractiveness of Northern Ireland and the Republic of Ireland to international investment. Inaction, on the other hand, risks us getting left behind.

There are many hard questions to answer and we know the road ahead will throw up difficult challenges, but there are two certainties to consider: firstly, science tells us we can still mitigate the worst effects of climate change. Secondly, there are solutions ready today, like our Arklow Bank offshore wind project which is primed and ready to deliver by 2025; and technological solutions ahead such as hydrogen.

We need decisive action now with the private sector and government policy fully aligned, and we need to seize the opportunity of COP26 to show strong leadership on climate change so we ensure we are all powering change together, across the island of Ireland, and across the globe. 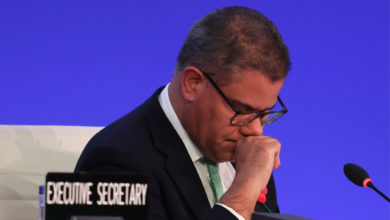 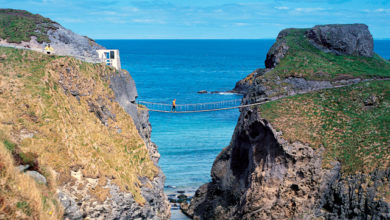 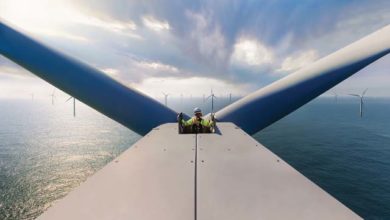 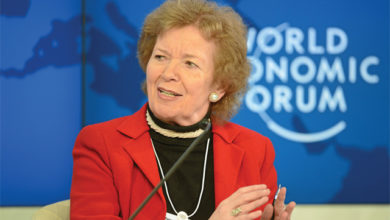