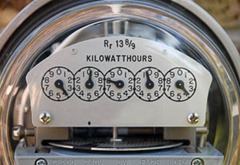 The review of the effectiveness of competition in gas and electricity markets is one element of a three-pronged approach by the Utility Regulator to protect consumers in a time of flux. agendaNi sums up its main findings.

Northern Ireland’s retail electricity and gas markets are characterised by relatively low switching but also high rates of customer satisfaction, according to a report produced by Cornwall Energy for the Utility Regulator. The Norwich-based consultancy is led by Nigel Cornwall, who outlined its findings at the Northern Ireland Energy Forum.

“These are interesting times in the energy market, particularly for consumers,” said Kevin Shiels, the Utility Regulator’s Director of Retail and Consumer Protection, as he introduced the Cornwall report. Consumers can be protected by “effective, proportionate regulation” or “effective competition”. Usually it’s combination of the two approaches. Across Europe, regulators and stakeholders are considering the best mix of competition and regulation to protect consumers. The answers for different member states will depend on the size of their individual markets, the number of suppliers and customers and the characteristics of their jurisdictions.

Shiels explained: “You do need empowered consumers to make the markets work effectively but you also need the industry to deliver the information and transparency to consumers to allow them to fulfil their role in the markets.”

The three-pronged strategy was set out in May and entails the following:

1. a review of the effectiveness of energy supply competition;

The review of competition began in June 2014 and its starting point was to establish a baseline which could be used to consider the quantitative and qualitative aspects of competition. The ‘10 towns’ gas area was excluded as it has not yet been opened to competition (this market is due to open in April 2015). The Northern Ireland energy markets are small with low economies of scale in comparative terms, and there remain grounds for concern that too few suppliers will emerge to fully deliver effective competition.

While the phrase “small” may appear pejorative, Cornwall explained: “As a matter of fact, the Northern Ireland energy markets are small. We are looking at around 850,000 domestic and business electricity customers and fewer than 200,000 gas customers so somewhere around a million connection points across both systems. By any stretch of the imagination, that is not large.” Indeed, the closest markets for comparison were Estonia and Slovenia which have similar populations to the province.

Cornwall explained that Northern Ireland is what has been referred to as a ‘hybrid’ market (combining competition and price regulation) which was entering a transitional phase. That said, over 70 per cent of customers in both electricity and are still served by local incumbent (former monopoly) companies. Retail competition has made good strides over the last four years and, in his view, it was not fair to aggressively contrast the province’s switching rates with higher rates elsewhere. However, these are comparable to other markets of similar size. 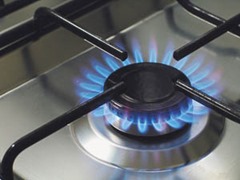 As widely reported, the Competition and Markets Authority (CMA) is currently reviewing the energy market and the ‘big six’ supply companies in Great Britain and in its initial assessment, carried out jointly with Ofgem, it set out five parameters for measuring whether a market is working effectively and efficiently:

• barriers to entry and expansion;

These parameters were also used by Cornwall’s team in their analysis of the Northern Ireland energy market but he was keen to emphasise that this wasn’t an “offshoot” of the CMA review process. Instead, the Utility Regulator, which signalled its intention to undertake the review last year (in its forward work programme for 2014-2015 before the CMA review was announced), was “holding up a mirror at its own market to see how things had moved on after a period of four years at a pretty critical point of developing regulatory policy going forward.” As such, Cornwall Energy is using the accepted parameters employed by the CMA to evaluate an energy market but with a Northern Ireland specific context.

The limited access to gas in Northern Ireland was an important issue for the review team to consider and is highlighted as a significant difference from Great Britain. Energy supply, Cornwall noted, is “not a straightforward business” and the theory that consumers would automatically switch if given the right information was not necessarily accurate.

The CMA review in Great Britan had been commissioned because customers “did not trust suppliers,” according to feedback received from Ofgem. In Northern Ireland, though, most consumers were highly satisfied with their supplier (approximately 70 per cent in both gas and electricity). “That’s not something that I’ve come across very often,” he noted.

As well as desk research, the review team commissioned an omnibus survey (with a sample size of 1,300 customers) and held 20 structured interviews with a range of stakeholders from Northern Ireland, the Republic of Ireland and Great Britain. These included consumer and trade bodies, large industrial and commercial consumers, active suppliers and a selection of neighbouring suppliers, and operators of comparison websites which were not present in Northern Ireland.

Cornwall stated that micro-businesses were, in many ways, similar to domestic consumers e.g. normally being on simple “group” tariffs and with no tradition of aggressive switching. He suggested Northern Ireland did not have a truly dynamic competitive market because only 6 per cent of households have switched suppliers in the last year. Britain, though, was not much more competitive with a 12 per cent overall annual switching rate. It must be noted, however, that switching is a relatively new feature of the Northern Ireland energy market and early uptake was relatively good: 10,000 electricity customers and 2,500 gas customers between 2011 and 2013.

Cornwall said: “We haven’t seen a lot of obvious innovation among suppliers here but then again I’m not sure, in many markets we’ve worked in, that we’ve actually seen suppliers delivering that.” He did, however, see suppliers differentiating themselves in terms of price and discounts. The focus on different payment methods was a particular characteristic of the Northern Ireland market and was, he said, “a good response to the actual desires of consumers.”

Customer response had been “reasonable” in the regulated part of the market while in the unregulated part, many reports of “quite innovative” consumer behaviour came through. There was a good awareness of what consumers were paying and what their provider’s profit margins were. 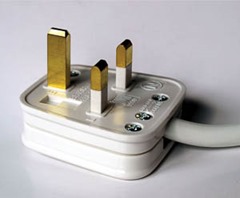 “It’s actually quite hard in a small market to build the critical mass that generates the profits [and] that allows you to establish and grow the business,” he commented.

Very high satisfaction levels were reported but the survey also indicated that 59 per cent of electricity consumers would not consider switching.

In terms of vertical integration, Northern Ireland had three very active large suppliers that own both generation and supply businesses. It is possible for suppliers to financially contract (hedge) around the expectation of half-hourly prices in the Single Electricity Market.

It was noted that it is difficult for energy suppliers to recover their fixed costs across a small customer base. Cornwall’s team, though, was surprised that there was no localised price comparison and switching website akin to ‘uSwitch’ or ‘Go Compare’ in Great Britain. There is one independent comparison site but it is for electricity only and a customer cannot actually action and complete a switch. They are, however, provided with a link to their preferred supplier’s website if they wish to change provider. Several switching site operators in Britain said that the Northern Ireland market was too small and not an attractive option for them to consider serving.

Network charges and government policy costs appeared to lack transparency, said Cornwall, but overall, there was a good access to wholesale product in electricity and gas (within the geographic areas considered). Tariffs generally move together in the household market as new entrants seek to mimic the pricing behaviour of the incumbent. Cornwall stated, however, that this was a rational response and a characteristic of other markets that have a dominant incumbent with a large market share.

Catherine Waddams, a Professor of Regulation at Norwich Business School and former member of the Competition Commission, has been contributing to the review. Waddams highlighted academic literature which underpinned the team’s assertion i.e. small markets may require “different shades of competition policy” compared to larger markets and economies. This implied striking the correct balance between price regulation and competition. In conclusion, Cornwall agreed with the current approach to energy supply competition in Northern Ireland and the balance between regulation and competition. He remarked: “We saw no reason, based on the analysis we did, why that balance should be expected to change in the short term.”

Cornwall Energy’s report was published on 18 November and this marks the end of phase one of the regulator’s review. The second phase of the review will assess the implications for the regulatory framework of the phase one conclusions and recommendations.

The report is available at www.uregni.gov.uk/publications