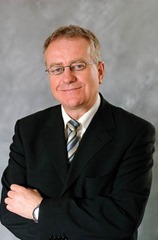 agendaNi looks at the changing perception of the private rented sector in Northern Ireland and the driving forces behind this, as outlined by Paddy Gray.

A decade and a half ago, the private rented sector was very different to what it is now. It was regarded as a pariah, it had a bad reputation and people scorned it. According to Paddy Gray, Professor of Housing at the University of Ulster, it was previously viewed as a residual sector dominated by poor-quality housing conditions and rogue landlords. However, perceptions are changing and while the private rented sector had only 40,000 dwellings in 2000, today it has 125,000 and has exceeded the stock levels of the social housing sector.

In symmetry with these changes, renting is fast becoming the social norm. During the time of the housing market bubble buy-to-rent investors flooded the market, buying up new housing or even whole housing estates. As a consequence, this boosted the sector and housing conditions within the private rented sector are now largely of a high standard.

At the same time, more and more people are being pushed into the sector. Despite the dramatic reduction in house prices, Gray emphasises: “Deposits remain high and you require great credibility with your banks and lenders in order to get a decent loan with a decent interest rate.” Similarly, the social housing sector has also diminished along with the supply of houses.

Consequently, the sector has diversified beyond its traditional domination by low-income groups and wealthy apartment dwellers. Families with children have now entered the market along with those in receipt of housing benefits. Paddy Gray’s research figures from 2012 indicate that the proportion of people living in the private rented sector who are earning £20,000 or more has doubled (from 9 per cent to 18 per cent) since 2006. Likewise, the proportion earning £10,000-19,000 has also grown (by 3 per cent). Additionally, the volume of tenants aged between 25 and 60 who are living in the private rented sector has also increased (from 63 per cent to 78 per cent).

Among renters, satisfaction rates are very high and the University of Ulster’s latest survey indicates that a total of 88 per cent of all tenants are either satisfied or very satisfied with living in the private rented sector. Some of the benefits gained from renting include open access, flexibility, a greater chance of living in your desired area and a choice of property type. Gray stated: “Younger people are more likely to go to the rented sector, and again from focus groups we’ve been carrying out recently, they wouldn’t even dream of buying; they intend to rent. So we call them ‘generation rent’.”

Increasingly, the sector is also becoming home to former social housing tenants, which is simultaneously relieving pressure from the social sector. However, in England especially, an increasing number of landlords are refusing to accept housing benefit or low-income tenants. While we don’t have this problem on a noticeable scale in Northern Ireland, Gray stresses the possibility of it presenting itself in the future.

One of the most significant pressures for renters is security of tenure. While people want to live in the private rented sector, there is a great uncertainty over whether or not they can call the property their home or not. Several other worries are also prominent, including a failure to report complaints out of fear of eviction, landlords or letting agents increasing rent above a certain rate, and the prevalence of agent’s fees.

Similarly, from a landlord’s perspective, Paddy Gray maintains: “They don’t want to have to re-let through letting agents and pay the fees associated with that: they want long-term tenants.” As a landlord stated to the University of Glasgow’s Nigel Sprigings: “A long-term tenant will do their own repairs. We only have to do major repairs because they treat it as their home.” Long-term tenancy also provides a landlord with steady income stream which can satisfy their mortgage repayments. At the same time, many ‘amateur’ landlords rent a small number of dwellings on a part-time basis and simply want their experience to be as straightforward as possible. This means finding good tenants, preventing damage caused by tenants and avoiding letting agent fees – all increasing priorities for landlords.

Over a third of Northern Ireland landlords have a loan-to-value ratio of over 76 per cent and a quarter have interest-only mortgages. A rise in interest rates, or shift from interest to repayment could hinder the ability of landlords to continue paying their mortgages. Moreover, headwinds such as rising rates and welfare reform could also have an impact. Gray contends that, if even half of high loan-to-vale properties (38 per cent or 47,654 dwellings) were to disinvest or be repossessed, it would create an impending threat of homelessness for over 20,000 households.

Research produced by the University of Ulster found that 45 per cent of tenants attribute family, neighbourhood and personal reasons as the factors determining where they choose to live in the private rented sector. Paddy Gray notes: “If [people] go the Housing Executive and [are] awarded homeless status, they may have to move to an unfamiliar area without the community network they had built up in their existing location.” This has a knock-on effect on the mental health and physical well-being of an individual or a family.

In relation to increasing and retaining investment in the private rented sector, trends in England, Scotland and Wales indicate that housing associations can provide a solution. Gray asserts: “You have this whole new era where housing associations are looking to buy up and to rent out properties at market value and cross-subsidise their activities.” If the trend took root here, it could “introduce stability and greater security, creating [long-term] tenants or stable rent contracts in some form or another.” Gray adds: “From the research that we’ve been carrying out, it seems that it would suit both the renters and the landlords.”