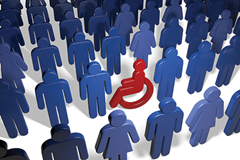 Benefits will no longer be based on an individual’s disability, but on the impact it has on their daily lives. agendaNi examines the personal independence payment.

From April 2013, disability living allowance (DLA) will be replaced by a personal independence payment (PIP) for working age individuals (i.e. 16-64 year olds). Children under 16 and over 65s who are already receiving DLA, will continue to do so. New claimants over 65 will receive attendance allowance.

It is likely that the provisions in the Welfare Reform Act for Great Britain will be mirrored in the Northern Ireland Welfare Bill in order to maintain parity. Therefore, new working-age claimants will apply for PIP while current working-age DLA recipients will be re-assessed, at a proposed rate of 1,000 people per week, from April 2013 to March 2016.

They must also meet a qualifying period of six months and they will be expected to have the condition for a prospective six months. Terminally ill claimants, who aren’t expected to live more than six months, will not have a face-to-face consultation and will be entitled to the daily living component at an enhanced rate.

Like DLA, there will be two components: mobility and daily living, with separate rates for each component.

The UK Government’s 2012 Budget states that the cost of DLA has quadrupled since its introduction and that the proposed reforms would save £1.4 billion by 2015. Chancellor George Osborne said that the reforms would ensure that payments would only be made “for as long as claimants need them.”

Lifetime awards will not be as readily granted. Instead, PIPs will be paid every four weeks (from the date on which a decision on eligibility is made.) If a claimant enters a hospital, care or residential home which is paid for by public money, their PIP may be stopped or reduced.

As DLA has not been reviewed since 1992, the UK Government believes that there is confusion about the purpose of the benefit, it is complex to claim and there is no systematic way of checking that awards remain correct. It wants to shift the focus away from awards based on a person’s disability, to judging the impact it would have on their everyday life.

Social Development Minister Nelson McCausland has acknowledged that “nearly one in 10 of our population is on DLA” and that reforms must “ensure that we provide positive support for people who will undergo the new assessment process.”

However, he told the Assembly, that “the new benefit builds on DLA rather than dismantles it.” The advantages of PIP are that it would ensure that “only people who really need financial support receive it” and “it will be tax-free, it will be paid whether you are in or out of work, and it is a non-contributory benefit.”

Work and Pensions Secretary Iain Duncan Smith was criticised in May for claiming that soldiers who have lost a limb won’t automatically be entitled to DLA. “It’s not like incapacity benefit, it’s not a statement of sickness,” he told the Daily Telegraph. “It is a gauge of your capability.”