NIACRO is a well-known and highly trusted third sector organisation, working to reduce crime and its impact on people and communities in Northern Ireland.

Our mission has kept us firmly located within criminal justice but has also given us the opportunity to work within early intervention, as well as supporting people to desist from crime. We have 27 service programmes across Northern Ireland, and last year we supported almost 7,000 people; our staff worked tirelessly to deliver, despite the restrictions.

At the heart of NIACRO are our values, which drive a commitment to people and communities on the margins, and a determination to make our society one where everyone experiences fairness, hope and opportunity; that is why I am here.

I studied Law at Queen’s University Belfast, and initially worked in welfare rights including Gingerbread NI. I then joined Victim Support NI, developing their Criminal Injuries Compensation Service and the roll out of the Witness Service into the Criminal Courts in Northern Ireland.

Before taking up the role of Director of Operations with NIACRO in May 2020, I was Director of Care with Northern Ireland Chest Heart and Stroke. I served as Chairperson of the Law Centre NI from 2002 to 2008, and currently sit on its board.

Pivotal to the work of NIACRO is listening to our services users and consulting with our stakeholders across all areas of our work. Over the last year we reviewed our policy asks which will set the agenda for the coming years.

1. We want effective resourcing of early intervention programmes and services

Early intervention works on the principle of intervening at an early age and/or stage to help children/adults to develop the skills they need to live happy, healthy, and successful lives, and work to reduce the negative impacts of disadvantage.

On the principles of justice re-investment, we in NIACRO want to see an Executive-led, inter-departmental commitment to the resourcing of a comprehensive early intervention programme over future years as well as resourcing to tackle educational underachievement.

2. We want to see the minimum age of criminal responsibility raised

3. We want delays in the criminal justice system addressed

When criminal justice does not perform effectively it can have a significant adverse impact on the lives of those involved: victims, defendants, witnesses, and their families. It also wastes significant amounts of public monies and impacts upon the confidence of the public in the system’s effectiveness.

NIACRO believes the time has come to introduce legislation to implement custodial time limits. In parallel with this, specific reform projects should be initiated to reduce unnecessary adjournments and delays in processing cases.

4. We want a reduction in the use of remand, supported by enhanced bail alternatives

The number and percentage of people in prison is rising. In 2020/21 nearly half of women prisoners were on remand, while men on remand made up over a third. Being remanded into custody before trial can have many negative consequences for the individual, their household, and employers. It has consequences for finances, employment, housing, and family relationships. It is also challenging for the Prison Service, to offer suitable meaningful activity for people on remand.

“Pivotal to the work of NIACRO is listening to our services users and consulting with our stakeholders across all areas of our work.”

In addition, the tendency to use prison as a ‘place of safety’ is of particular concern, further traumatising, criminalising, and stigmatising people. Without better accommodation and bail support options for men and women, NIACRO is concerned that magistrates will have no option other than continue the current practice of remanding people into custody before trial.

Helping people with convictions to contribute to and feel included in society is key to reducing reoffending. Employment is just one way to achieve this and a considerable proportion of NIACRO’s work involves supporting people to gain qualifications and prepare for employment.

The Rehabilitation of Offenders (NI) Order 1978 was introduced to give people a chance to ‘make a fresh start’ allowing for certain convictions to become ‘spent’ after a given period; and not needing to be declared when applying for employment, further and higher education, insurance, travel visas etc. The NI Order has never had a substantial review. Instead, amendments over the years have resulted in an increasing number of job sectors and roles being subject to disclosure of criminal records.

The current Minister for Justice has just published her intention to reform the legislation, but as more time will be required to enact new legislation or amendments, we will continue to ask for this reform.

Looking to the future

It is an incredible honour to lead the NIACRO team, and I look forward to further collaboration with colleagues in the third sector, and with our funders and partners including the Department of Justice, Probation Board for NI and NI Prison Service.

As our outgoing CEO Olwen Lyner, a name synonymous with NIACRO, takes her well-deserved retirement, I would like to thank her for everything she has done, and for delivering such exemplary leadership; as well as entrusting her lifetime’s work to us, an organisation steeped in integrity, respected and unafraid of working where we are needed. 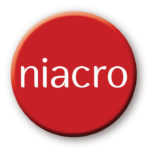 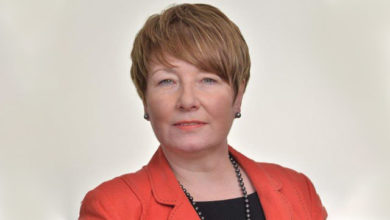